When Impact Wrestling goes head-to-head with Lucha Underground at United We Stand on April 4th, it will feature an amazing 8-man, tag team encounter that should be a great contrast of both styles and promotions. 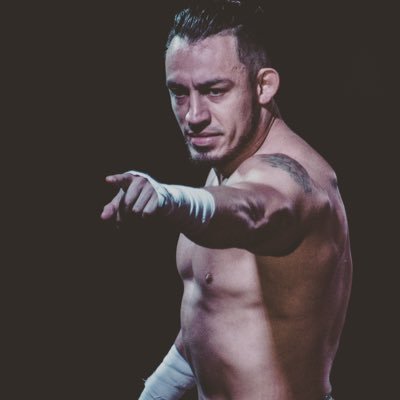 And perhaps no performer knows more about a contrast in styles than Daga, the Mexican standout who is billed as ‘The Technical Luchador’.

He will be a part of that scrum, which will feature he, Drago, Aerostar and Cuerno vs. the Impact team of Brian Cage, Moose, Eddie Edwards, and Johnny Impact.

Daga, a ten-year pro, got his start in 2009 as part of International Wrestling Group, and went on to work for several promotions south of the border. His resume included stops in AAA and CRASH Lucha Libre on his way to working for Lucha Underground and now, stints with Impact Wrestling and MLW.

So, he’s definitely well-traveled, like many international stars. But different from most of his fellow lucha competitors, he’s known more for his work on the mat, than his time in the air. His technical prowess has completely set him apart, as he heads to New Jersey for this meeting of promotions, and an interesting mix of talent.

While many of his countrymen are known for their outlandish masks or their eye-popping moonsaults… Daga is quiet, cool, and calculating. A standard set of trunks, a pair of black boots, and a toolbox full of technical talent. It’s a simple look… and one that usually leads to a simple ass-kicking. 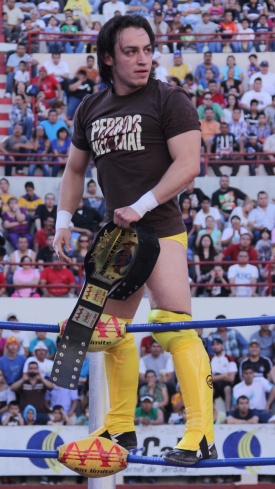 “I feel like I can make a different statement about lucha libre because I’m different” The Mexican mat wizard told TheGorillaPosition.com in a recent interview. “At this stage in my career, I want to prove to people that a luchador can go out there without a mask, and work the technical style, and still make a really, really big name for themselves.”

Daga has a long resume in his native land, starting out with various appearances before signing with AAA in 2011. He departed the promotion in 2017, following the Guerra de Titanes show, and began making appearances for both Impact and Major League Wrestling in 2018.

Last month, MLW revealed that Daga would start appearing for their company on a regular basis, so the technician brings something very special to United We Stand: He’s worked for every promotion involved in the event.

Those journeys have served him well, he says.

“In Mexico, all the guys start out so young, so I’ve got a lot of experience already for my age,” Daga commented. “In our country, lucha libre is the second most popular sport, so it’s really a part of our culture.”

“Now, in my 30’s, I feel like I’m starting to get this new confidence, because I’ve been all around the world. I have trained in Japan, and I’ve trained with the Americans. And I, of course, have worked in Mexico for years.”

“And, I’m in the best shape of my life right now. So, wit where I have been, and where I think I’m going? I feel like I’m ready to make a big name for myself all around the world.”

Daga says that the Latin influence on pro wrestling continues to grow, and he’s proud to be a part of that continued revolution.

“I always feel happy and excitement to go to a place like (the New York area), where there is such a heavy Latin culture,” he said. “I’m Mexican 100%, so anytime we get to represent our raza, our people, here in America… it’s a tremendous honor.”

He says the Lucha team will take that same pride in to their showdown with Team Impact at United We Stand.

“Obviously those guys are a lot bigger than us, but I think if we combine our styles, we will come out on top. It won’t be one-on-one, so I don’t have to focus on beating Brian, or beating Moose by myself.”

“This match is a huge match for us. Facing these guys like Moose, Eddie Edwards, Impact and Cage? Those are the tough guys for Impact. But our four guys… we’re the tough guys from Mexico. I think we have a great mix of styles in this match, and it will be amazing.” 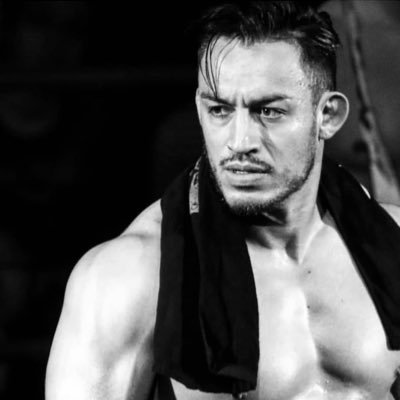