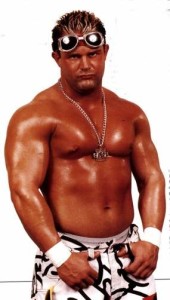 Brian Christopher, former WWE wrestler and son of wrestling legend Jerry Lawler, was pronounced dead on Sunday after committing suicide in jail, according to multiple reports. He was 46.

Born Brian Christopher Lawler in 1972, Christopher got his start in wrestling at the age of 16 as part of his father’s United States Wrestling Association under the ring name “Too Sexy” Brian Christopher. From 1988 to 1997, Christopher competed against legends like Jeff Jarrett, Tom Pritchard, and even his own father, though his relationship with Jerry Lawler was never revealed in the ring.

Christopher was then signed by WWE — then known as WWF — in 1997 as part of the company’s light heavyweight division, competing for the WWF Light Heavyweight Championship in a losing effort to Taka Michinoku. While Lawler hyped his son on commentary, their relationship was never directly referred to outside of oblique references … Read the Full Story HERE