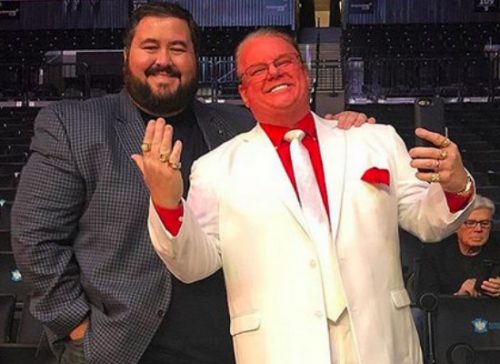 WWE has reportedly come to terms with Bruce Prichard to serve in a “top position” on the creative team, according to PWInsider’s Mike Johnson on Saturday.

Johnson added that Prichard will be a full-time member of the creative team and noted that his first day will be Monday for the episode of Raw in Atlanta.

Prichard is a former WWE creative team member and producer who worked for the company from 1987-1991 and from 1992-2008. He is currently the co-host of the Something to Wrestle With Bruce Prichard podcast alongside Conrad Thompson, which features Prichard telling stories and addressing topics from his time in WWE.

In addition to his work behind the scenes, Prichard was one of the most-hated heels in wrestling in the late-1980s and early-1990s as Brother Love. Prichard had his own talk show segment and even served as The Undertaker’s first manager before selling his contract to … Read the Full Story HERE