“Didn’t Mick Foley once say, ‘I can squeeze water out of an Abe Lincoln penny’? Well, I’m tighter than bark on a tree!

…”In this business you have to calculate in order to percolate. You have to stir things up in order to generate the business and income for yourself. 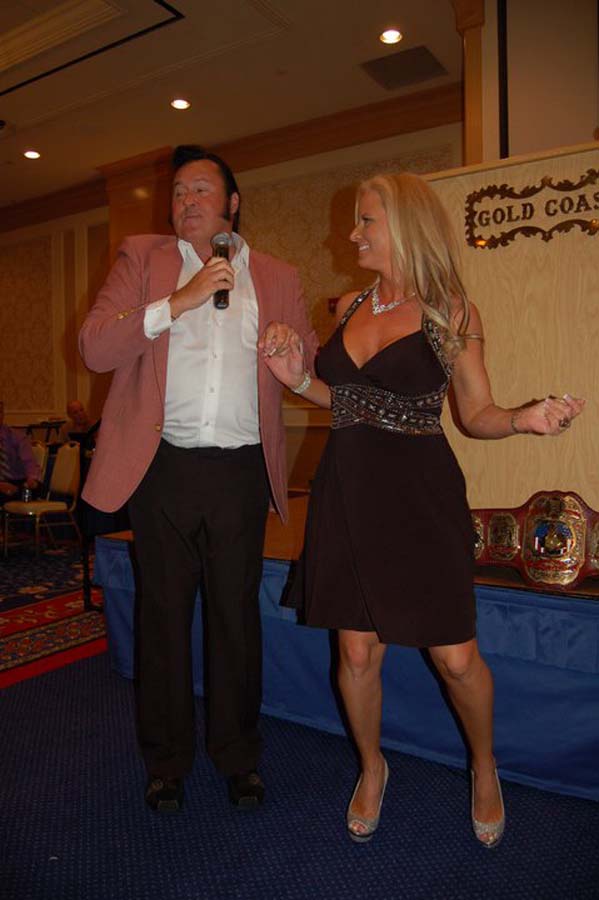 “When I was in the business it was very hard without the internet. Ask others to put you on their Website. I don’t have internet and I haven’t had a real job in so long I don’t even know what it is like. I have to be in Syracuse tonight…  We didn’t have cable TV at our house because I don’t pay for it…  Check out internet radio shows and be a guest on them.

“Hurricanranas? I call it a 6 pack of Coronas. If you cannot say it then don’t try to do the move.

“I have my maxed out 5000 Facebook friends on my profile.  In my personal account I have about 60 friends.” 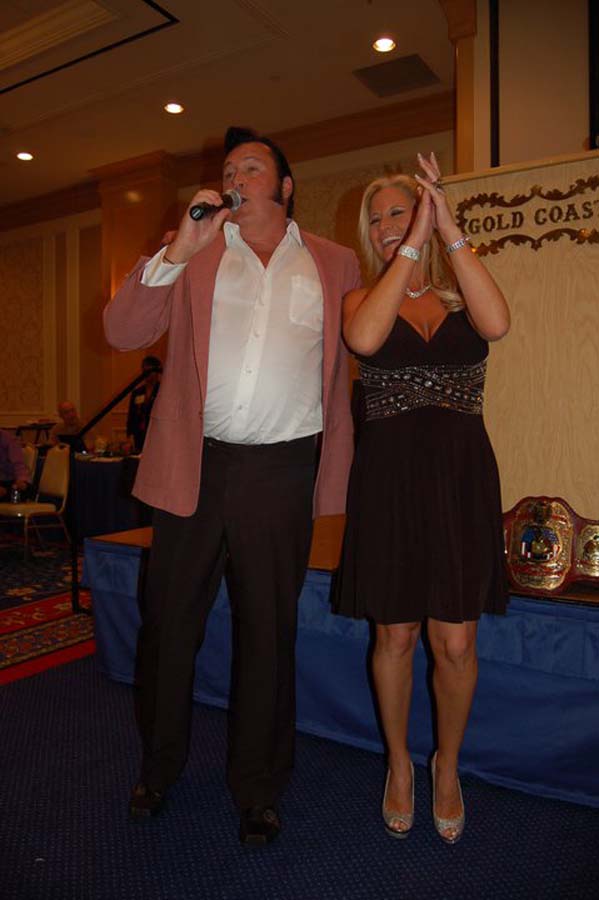 “When you finally contact a promoter, volunteer. Tell him to have a newspaper call you. This shows that you are more than happy to work for him to draw attention to his promotion.

“Persistence really wears down resistance. Every time you keep on someone you are that much more likely to remain on his mind.

“The first time that I ever saw Eric Bitchoff he was in charge of WCW and he was handing out flyers. When I introduced myself he said,  ‘You know, I never liked your gimmick. The only reason that I’m bringing you in is to shut Jimmy Hart up.” He wanted me to job for Johnny B. Bad…When he asked if I worked for Vince McMahon I said yes I did and he paid me very well. You’re not Vince and you couldn’t hold my jockstrap! Arn Anderson then stepped in and asked what was going on…

“When you tell a promoter that you’ve been here, here, here, and here he may say, “Oh, you have? Where’s my proof? I asked this kid one time who trained him. He gave me an answer and I never heard of the promoter. He also said that he worked for WWE.   I would have known.

“Go out to the fan fests and comic book conventions. Get someone and set up a table somewhere. Have business cards made up. 1000 business cards at Staples go for about a penny a piece. My good friend Kenny over there (Lord Zoltan) goes around on weekends and tries to get people interested in wrestling.

…”This business is very visual. Jimmy Hart was once on the Dick Clark Show one time when Dick said, ‘If you dress like the audience then you will be sitting in the audience’..  The Promoter and the boys in the locker room don’t like you smelling up our environment. Our number one resource is water. Remember, cleanliness is next to Godliness.. and have a positive attitude as word gets around and if the independent promoters don’t like something about you then you won’t be successful…and don’t go picking your nose on You Tube because if you do they got you doing it on camera!

“As a last resort, run a local show and have money on hand to pay the wrestlers. If you do the same thing then you are going to have the same results. Hard work, dedication, and desire gets the job done. Chase your dream!…  Also, don’t take a picture of yourself with me and say that you know me.”

“Try to get an article and a photo of yourself into the wrestling magazines and always be well groomed for your interviews and photos. . Good promotional photos are 300 dpi or better. Promo shots should be high gloss with a nice background. Make sure that you have a background that works for you. Promo shots are very important because you can hand them out to different promoters.

“Did you ever see a picture of Hulk Hogan with his hair messed up and not posing? Take a look at this photo of me on the front cover.       It was the first photo taken just before I won the Intercontinental title. You can see a black background, black hair and black eyebrows, so you can actually say that I did it before the Rock did.” 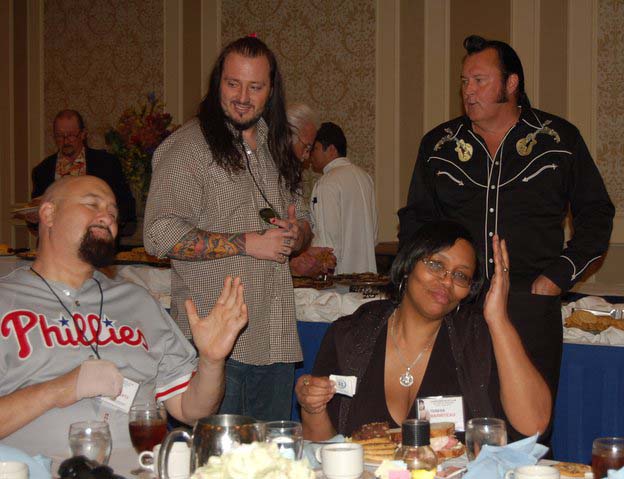