When the Hardy Boys returned to the WWE at Wrestlemania 33, the wrestling world was buzzing. One of the worst-kept secrets was Team Extreme winning belt after belt, and they were heading home. The explosive ovation they received when their music hit was deafening and had fans rejoicing that the WWE allowed the boys to finally come home and win Tag Team Gold where it all began.

While the ride hasn’t been awful, it hasn’t been easy to watch the last couple weeks as Matt Hardy as a solo act has been reduced to putting over other talent. Call it what you will: jobbing, losing… its been hard to stomach as a wrestling fan that watch Matt and Jeff break into the WWF and work their asses off to move up the ladder from low card to main event only to be subjected to watch Matt lose week in and week out.

I get that age plays into how wrestlers can be used. Our bodies – after years of wear and tear – aren’t the same as when we were in our 20’s or 30’s. Now take Matt Hardy and all bumps, unfortunate demons, and rejuvenations. A couple months ago people were claiming Matt was done that his body couldn’t take the in-ring rigors any longer.

Matt quietly busted his ass and got in arguably the best shape of his life when he came back. I mean, Matt is a beast – body wise – right now. But unlike other wrestlers that came back and were rusty or out of shape, Matt’s welcome seems to have not been open-armed. And the internet is wondering why?

Let me be frank here; I get older wrestlers that are brought back to companies and used to put over younger talent. We see it time and time again that the WWE and other companies use older named recognized wrestlers in the hopes they can get a good match out of an up and comer. Or, someone they want to push and losing gives the moment to the up and comer.

With Matt, the losing doesn’t feel organic. It feels (downright) like he is being punished.

If that’s true and he is being punished, the question becomes what for? Jeff’s actions? That not only would be sad, but also wrong as hell. Matt shouldn’t be held accountable for his brother’s mistakes out of the ring. If true, it’s another black eye for the WWE.

Did Matt piss someone off? No one knows. People following him on Twitter at @MattHardyBrand (which now is tagged with Matt Hardy in LIMBO), are interacting with him daily. And Matt being the professional he is, still digs his fans and the attention of being a WWE/Global wrestling superstar. If you don’t believe me, look at the traffic his youtube.com channel gets hit with.

His youtube.com channel – with the same name as Twitter: MATTHARDYBRAND has 258 thousand subscribers strong, and thrives with a ton of thumbs up. Each video has been brilliant and in genius. Matt incorporates a lot of facets of his life and how he is projecting his feelings. If you haven’t seen Matt Hardy in Limbo yet, it is absolutely must watch TV.

But this shouldn’t shock people. The “Broken” Matt Hardy angle in TNA is without a shadow of a doubt is the BEST WRESTLING GIMMICK OF THE DECADE. I have stated that before in another column. The Broken Hardy’s is a gimmick that shouldn’t have worked, but god damn people, it worked, got over so big that wrestlers were at events and watching it on their Ipads, phones, name it. That says a lot about how creative Matt’s mind actual is.

So again, I have got to ask, myself and others… what the hell is the WWE doing to Matt?

The rumor mill is constantly going. Matt is heading here, there and everywhere. AEW, ROH, NWA, who knows. The fact that he is generating this much talk and speculation should show the WWE he’s still hot. He was trending for a squash match Monday night.

Vince loves his Twitter numbers, so why is it he can’t see what Matt does gets the fans attention? And, what he and his creative teams are doing is turning fans off? It makes you wonder, especially because Triple H will come out and give an interview just how brilliant Vince is. As fans, we’re supposed to turn a blind eye to a strong entity he can’t see right under his big ole nose? 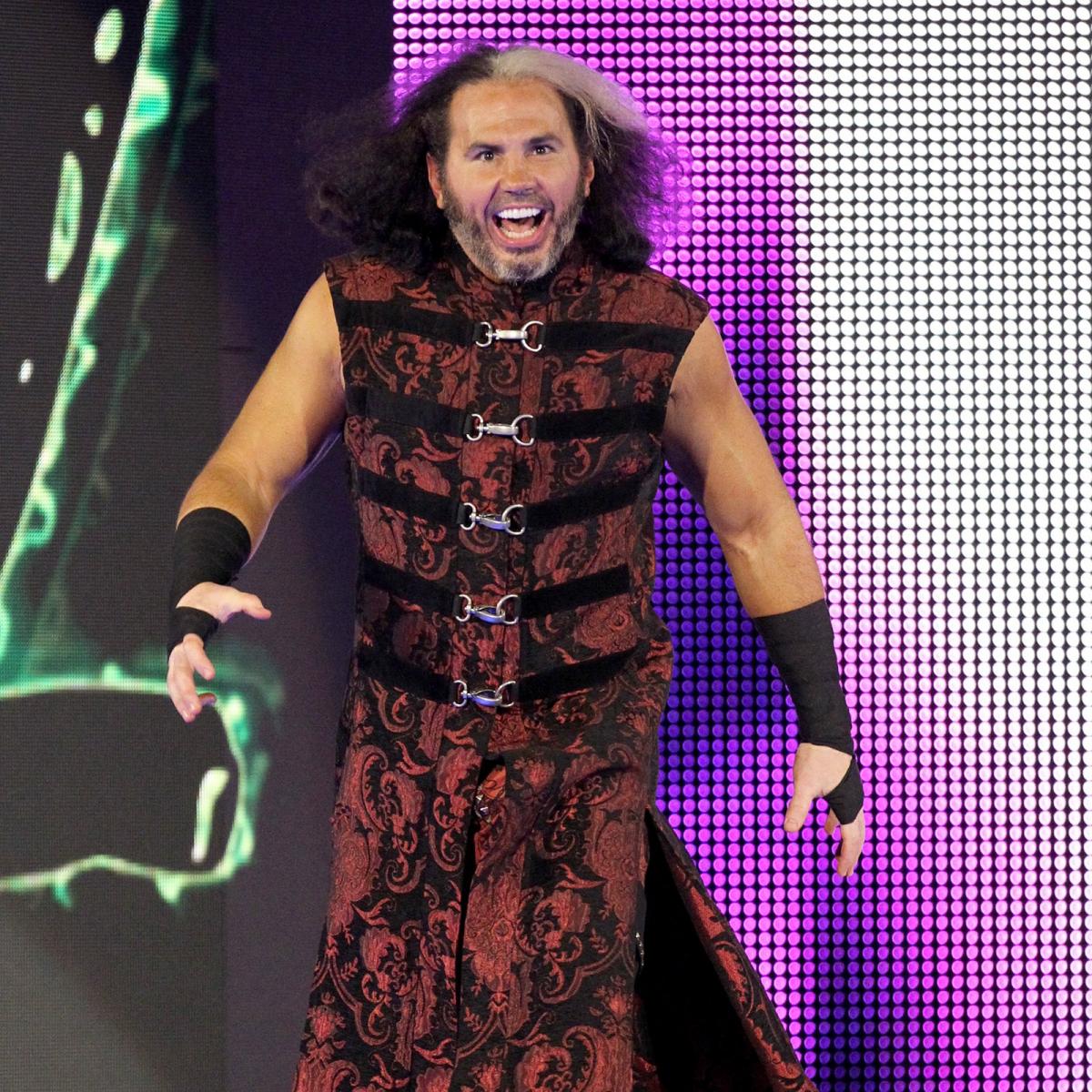 Hell, Matt Hardy was trending during Raw Monday Night at a strong 17, after being squashed. His other acts were nowhere near Matt’s trending! Numbers don’t lie, and we all know Vince loves those numbers and trending patterns.

Then the other night while on Twitter, Matt did a Q&A with fans and someone asked how much longer Matt felt he can wrestle. Matt said 3 to 4 more years. I think that’s great.

But, if it is simply to put other talent over, then he is grossly being misused. Watch Matt and Ricochet go on Raw a couple weeks ago, Matt was not wrestling like a man that has an empty tank. Jobbing him out like this makes zero sense.

My hope as a fan that saw the Hardys from the beginning now… is that Matt finds a promotion that will utilize him for what his worth. A promotion that let’s his creative juices flow to be the best Broken, woken, in limbo Matt Hardy he can be. I wish it was in the WWE, but if the cards aren’t right you have to play a different hand.  People might be wondering what I think Matt Hardy is worth…

Go watch him on youtube.com and you’ll get your answer. Matt Hardy is PRICELESS.