I don’t care what anyone says about WWE, Kofi Kingston is a once-in-a-lifetime treat in the ring.

His performance on Smackdown this past Tuesday was awe inspiring. He beat, not one, not two, but three former World Champions before falling to the Phenomenal One. Over an hour in the ring. The first match of the gauntlet against Current Hemp Belt Holder Daniel Bryan was nothing short of PPV quality. But why are we shocked? 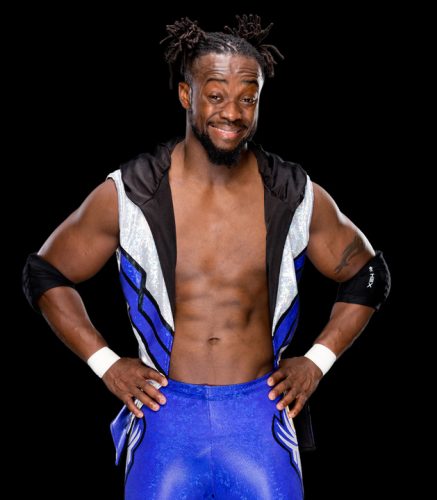 The first time I got a chance to see Kofi Kingston was in Chicago at the All State Arena in the dark match against Trevor Murdoch. And he won with a crossbody off the top. But there was my wife and I cheering on this new comer and she said, “This kid is going to be a star.” He was athletic as hell, hit some wicked moves on Murdoch and played the up to the crowd. For a dark match, he was solid as it gets, didn’t even look like he was coming from Deep South Wrestling.

If you go and look back at what Kofi has done in the WWE, 15-time champion.  He has held over his career which is 13 years old with the WWE! He’s held the IC belt, US title, and numbers Tag Team straps with people like Punk, Bourne, R Truth, Woods and Big E. He’s also a 3-time PWI tag team of the year member. Let’s not forget he owns a Slammy.

But again, this should not shock anyone. To me Kofi Kingston is one of the most underrated wrestlers on the WWE roster or in wrestling in general. He is a guy that has stole the show at the Rumble several times with his elimination defying antics. He’s showed his athletic prowess in Money in the Bank Matches by being fearless. The only question is why hasn’t Kofi been given a shot at one of the big championship titles that has thus far eluded him?

I get when you have a solid gimmick that fans love or even hate you run with gold and The New Day has been solid gold for the WWE. They started out as jokes, but the more title reigns they got the less the focus was on each wrestler as an individual. Big E, Xavier Woods, and Kofi Kingston are one of the best Tag Teams in the world. Hell they were so over with the fans they brought back the old Freebird rule. (For those a little younger, the Freebird rule is any member of the group can defend the tag team belts at any time with a member regardless of if they were in the championship match that won the belts)

It has been fun and has been a good ride for the New Day, but is it time to let Kofi fly? Kofi isn’t a spring chicken any more. He is 37 years old now. But that performance on Smackdown shows Kofi was cheating father time and the WWE has been cheating the fans of one of the most entertaining wrestlers of a good singles push for a long time. 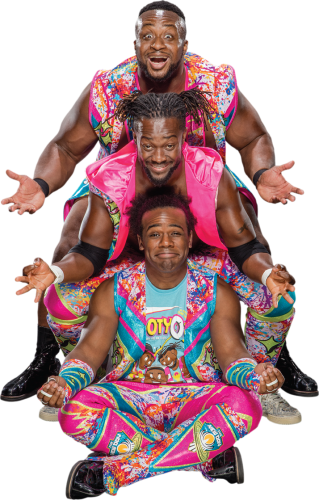 Don’t get me wrong here. I really enjoy The New Day as a group. Big E deserves a nice push. Xavier has been solid on the mic and better in the ring.  Is it time to let the New Day break apart in the peaceful manner that won’t drown them into a needless-feuds with each other? The answer sadly is yes. But they also need to go on separate shows when the shake up happens. And Kofi needs to be the one to get that brass ring.

History has shown when someone has a break out performance on TV or PPV if you don’t capitalize on it right away that person almost never wins the big prize in wrestling and that is a World Championship. Just look at Razor Ramon, Arn Anderson, Roddy Piper, British Bulldog, Ted Dibiase, to name a few. The WWE needs to capitalize on Kofi’s Smackdown performance, soon.

I’m not saying have him beat Daniel Bryan at the Elimination Chamber, although I’m sure that would shock millions of wrestling fans. But give him a solid rub leading him into those championship matches that we didn’t get all these years because he has been pre-occupied with tag titles.

Can you see matches with Rollins vs Kingston, Balor vs Kingston, KO vs Kingston? I believe these would be some great matches if the WWE sets him up correctly against opponents that are all vying for the gold, but are also realistically beatable on any given night. And let’s face it Tuesday night Kofi made Bryan, Hardy, and Joe look like they were great, but beatable which adds realism to all their characters and to Bryan’s championship reign.

The WWE has been missing guys like Kingston with all the injuries they’ve had. Some people were holding their breath for Kenny Omega to make his decision between the WWE, NJPW, and AEW. And the truth is they have a guy that is being overlooked in tag teams that, can perform on a level with a guy like Omega. And that is not down grading Kenny, that is how good Kofi can be in the ring with the proper opponent and the right push.

I’m really hoping the New Day gets a chance to shine as individuals in the WWE real soon. But I’m also hoping the WWE sees what the rest of the fans saw with Kofi on Smackdown Tuesday and they push this man to a place where he can outshine the rest of the roster and that is into the Championship picture and eventually holding the one belt that has not been in his possession: The World Championship.