Let me get this straight.

Batista returns… only to lay out Ric Flair on his pseudo birthday? Becky Lynch wins the Royal Rumble and gets suspended for 60 days while “Shoehorn Charlotte” gets a title shot handed to her by Vince McMahon? Kofi Kingston gets a one-on-one title shot at Fastlane only to have Kevin Owens replace him against because of Vince McMahon?

I guess the only remaining question is when is Vince going to claim he cured Roman Reigns cancer? Too soon? Sorry, but the Vince McMahon’s and these storylines leading into Wrestlemania make little to no sense. What exactly is Best for Business in the WWE?

The WWE for the last several years shoved the “What’s Best for Business” motto down our throats. Much like they shove Cena, Reigns and Charlotte down our throats. But let me ask this…what is best for business? 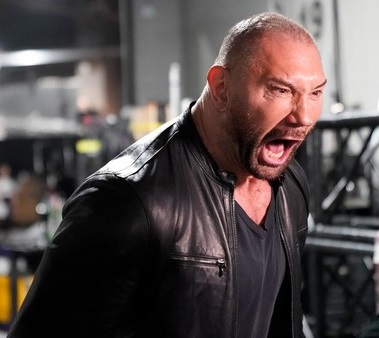 Batista created a buzz, you can’t deny that. Taking out Ric Flair his Evolution babysitter was brilliant. However, this goes back to Triple H coming back into the ring for yet another Wrestlemania match. I think what’s best for business is seeing Triple H running NXT and promoting his younger stars to come up to the main roster. Not him getting back in the ring for another chance to rupture something.

Granted Batista said Triple H never beat him, so there is an underlaying storyline there. Still I would like to see something new and different. You know something promised a couple months ago on TV that still hasn’t come to light…you know new matches, never seen before? Remember that? Seems like an eternity ago. Guess Batista being back is best for business. Triple H in the ring for another old man(ia) event is not.

Becky attacks with the crutches on Raw again, Ronda leaves the belt in the ring after calling out Vince and instead Stephanie comes out and won’t reinstate Becky. Shoehorn Charlotte comes out on Smackdown and thinks she should be handed the Raw Women’s Title. Did you catch all that? Don’t worry neither did a lot of people. Charlotte made the ultimate heel promos on Tuesday. Not one word about her Dad getting laid out by Batista on Raw, just that she thinks she is the Raw women’s champion by default, for a match that she didn’t even win to earn a spot in. Got it now?

People will hate this opinion. Charlotte was promised this spot against Ronda months ago. No one on Earth saw the Becky Lynch “The Man” gimmick coming or taking off like it did. The fact is people are starting to think Becky is the next one to be shoved down our throats. Not good for business. But I digress.

Should Charlotte be punished for a massive surge in popularity from The Man? No. But if the WWE was all about what’s best for business they should remove Charlotte from the Raw women’s match and have Asuka and Charlotte Part II.  *Light bulb*

An Asuka and Charlotte feud could have the making of the Women’s version of Steamboat and Flair, if done right. But Vince and his new lapdogs don’t see it that way at all. Charlotte vs Asuka and Becky vs Ronda would be what’s best for business. I just don’t see Vince changing his mind on a Triple Threat match so we get what Vince thinks is best for his ego.

We interrupt this column to class it up. This is what the WWE thinks is best for business:

For those of you that haven’t heard, this is Ronda Rousey’s replacement as the number one face of the women’s division. All without having one single one on one match on WWE TV. Do you know why? Don’t worry neither do I? Best for business…I have no comment.

Kofi Kingston #KofiMania has been running wild for a solid 3 weeks now. So what better way to repay a wrestler that has some momentum than replace him with someone that has been on the shelf with an injury. Makes a helluva whole lotta sense right? Wait…this one does hold some merit. KO vs Daniel Bryan was rumored for Wrestlemania 35. Since Kofi is this hot why not have KO vs Daniel Bryan at Fastlane and set Kofi up at Wrestlemania against Daniel Bryan right? Or will Vince screw Kofi out of that? Only time will tell. But Kofi is what’s best for business at WM35 like it or not.

Roman Reigns returning was a great thing to see. Raw needed that pick me up. But his return means a lot more to the WWE roster than people can imagine. Yes, in the ring he isn’t going to thrill people like a Mysterio and Guererro or Benoit and Jericho match. But he bolsters a show that it seemed like all we are getting week after week is Corbin vs Strowman, Lashley (or is it Lio) vs Balor, Elias vs the crowd, every damn Monday night we get the same damn story telling which is little to none. Hell, when people want to nap during Raw, that tells you the same matches are boring the hell out of people. (That goes without saying because Raw was not bad this week, but it was put together like a dumpster fire)

Roman Reigns return gives the writers some options. He gives the locker room a leader they missed. He also gives the WWE management a mouth piece that might be able to talk Dean Ambrose into not leaving. Twice since his return people have asked him about Dean leaving. Twice he didn’t say good riddance he said “We are working on that.” Roman knows what Ambrose brings to the WWE and if he walks that will hurt the locker room. 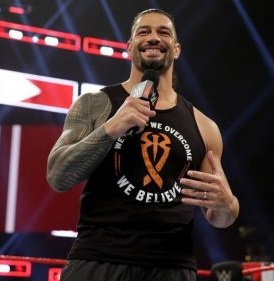 Roman isn’t a dumb stooge or a corporate kiss ass. The man is respected back stage. People talk about The Undertaker and how he ran the locker room and wrestlers court and how the people backstage listened when he talked. They talk about Reigns in the same way. They are what’s best for business. Welcome back Big Dawg. If you can get Dean Ambrose to stay, your legend as a leader will only keep growing.

What’s not good for business with Wrestlemania right around the corners is Becky and Ronda pulling out their Johnson’s on Twitter and having a dick measuring contest. WWE officials are pretty pissed off about the language being used and the shots that are being fired. Well Vince loved it when people were buzzing, now the language keeps them buzzing especially when you have someone in a suspension storyline that seems to be losing steam. Definitely not good for business.

Another thing that’s not good for business is bringing up NXT talent and not showing any direction with them. Don’t read too much into this. Black, Gargano, Ricochet and Ciampa have been impressive. The problem is what are they. What direction are they going and why? I understand showcasing them on two shows, but most fans know these guys and what they can do. But what they don’t know is are they faces, are they heels, are they here to stay or what? So now confusing the fans is what’s best for business?

I get the feeling that, after Fastlane, some things will start to clear up. They must find an opponent for Reigns. Figure out what to do with Ambrose. Decide if Kofi is main event material. If the Women’s match is should be one on one or a Triple Threat match. Get Cena involved somehow if he is available. Do something with Taker whether he wrestles or not. There is a lot of stones still left to turn for the WWE to fix some of their best for business BS. The question is whether Vince will do it or not? Making up his mind and getting a good game plan together is truly what’s best for business.