As the WWE believes they are the only game in town, they seem to forget that games end and people turn off the TV.

While ratings might have climbed a bit for the announcement of The Man becoming The Mom, they’ve been on a steady decline as evident by the drops both AEW and NXT have experienced on Wednesday nights.

I know I’ve hammered it home the last couple weeks about the empty arena ERA blows. But for fans saddled with staying at home not watching there is more to this dilemma. Wrestling has gone stale on many levels. From the lack of a true star that can lead it into the future, to bat shit crazy storylines dropping without warning. Talent stripped of titles to talents being erased because they are trying to do what’s best for them and not business.

But what exactly is best for business?

The WWE for years has made the claims they do what’s best for business and the fans. I disagree wholeheartedly. If they gave a rip, they would have stopped taping, let their talent rest while the world comes up with a solution to our biggest problem in COVID-19, and maybe come up with a great idea to bring the fans back to this wonderful world.

I don’t work for a wrestling company; I’m just a casual everyday fan and have been for years. I’ve got my own opinions whether people like they are not, that’s not my call. But I do know what I like and what I don’t like. Between Smackdown, Raw, NXT, NXT UK, Main Event, 205 Live, I know the WWE has oversaturated its own product with mediocre crap.

I listen to several podcasts during the work week so I can catch the news, rumors and stories of years past (The Pro Wrestling Stories Podcast is the bomb, I highly recommend it. Cheap shill.) I’ve noticed a couple times while listening to the podcasts, especially Wednesday after NXT and AEW several opinionated wrestlers, fans and analysts claim NXT Women’s division is the best division in wrestling. This got me thinking a little.

What if…the WWE dumped a main show or two and did an all-out female wrestling show?

You take the Raw women, the Smackdown women, the NXT and NXT UK women and go 2 hours of all women’s wrestling. They have had the strongest return on ratings when they are head to head with males matches with NXT vs AEW. Also look at the ratings with The Man coming to announcer she was leaving. There was a spike. The previous weeks she hasn’t been at the tapings and the ratings tanked.

Here’s how easy this would be for the WWE to do.

Bring back authority figures. My suggestion is to make those figures Natalya Neidhart and Mickie James. Two veteran ladies that have done it all, seen it all, and can help launch this correctly for the WWE. It also leaves the McMahon’s out which no one wants to see the McMahon’s ruin yet another different product they own right? 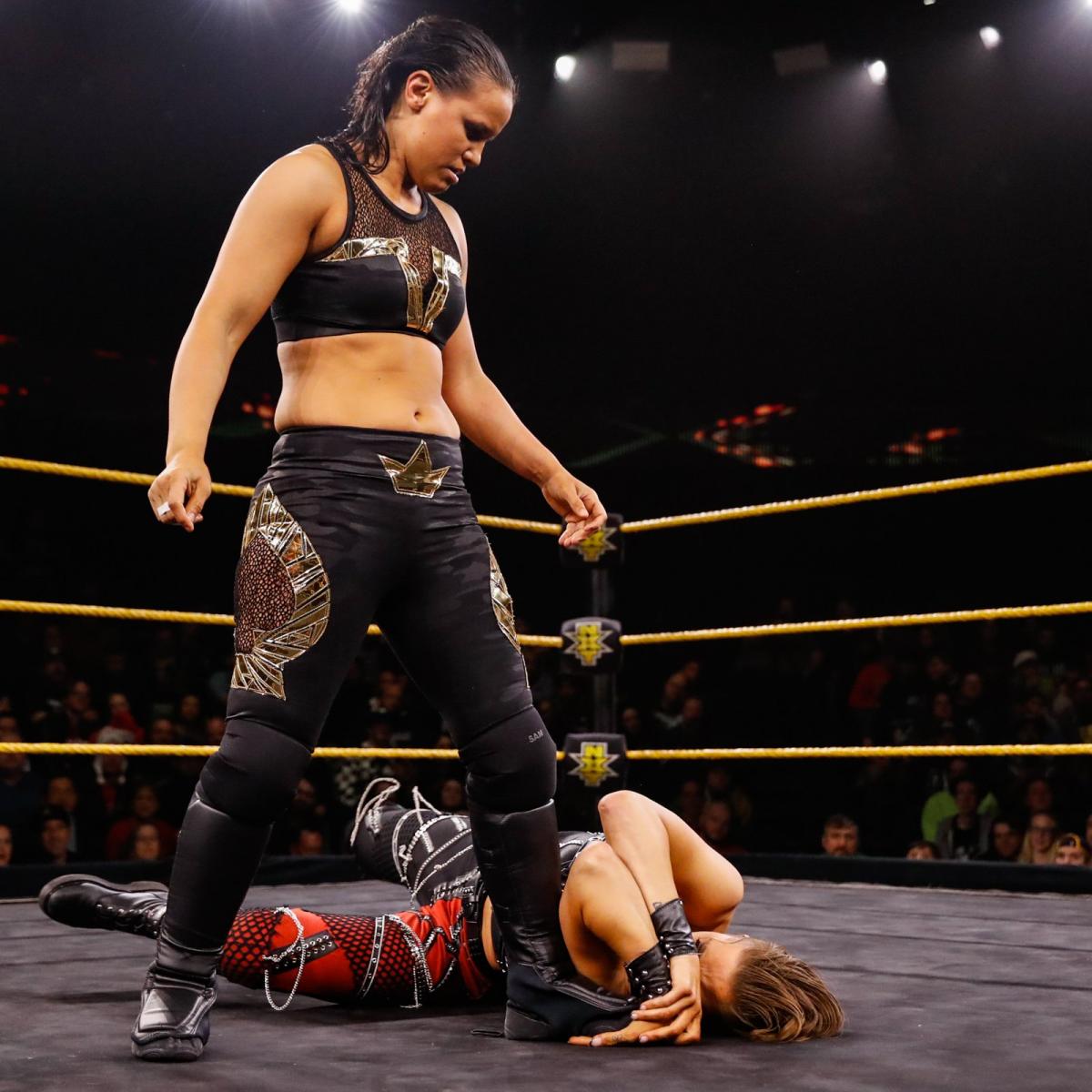 Merge at least two belts: Smackdown and Raw for the World Champion. I would keep NXT and NXT UK for the time being, because they would serve secondary titles until they get better names and serve much like the Intercontinental and US Belts. One problem here is if this were to take place right away Charlotte would be holding a secondary title and not a main, no matter how much the WWE tries to shove NXT down your throats and it not being a feeder league.

Build a real women’s tag team division. The is so much talent that we don’t see on TV week in and week out. This would be the time to give some of them a true reason to be on TV. You have the Iiconics the only true tag team, but you also could go with Dakota Kai and Raquel Gonzalez since they are building a Shawn Michaels and Diesel relationship or even Kayden Carter and Kacy Catanzaro as a high-flying group. Any way you slice it there is plenty of options here. Now for the grand plan.

Have a massive 64 women single elimination tournament to determine the first champion. Have Asuka, Bayley, Charlotte and Kay Lee Ray the top seeds since they are the current champions. Former champs get the higher seeds, newcomers get the lower seeds and make let it rip leading to one of the big four PPV’s. I mean, they dumped the Mae Young Classic for no reason and that got a lot of attention on the Network so imagine what a free tournament might do for ratings with a big PPV payoff.

Within this tournament you can also start to build feuds for the future. Look at how NXT built Tegan Nox and Dakota Kai from the War Games Takeover Chicago to Takeover Portland to their NXT Live TV Cage Match. Now imagine a feud like this, but with several different women on their own show and not once a month or once every other month. This would give the women the exposure that has been long overdue. 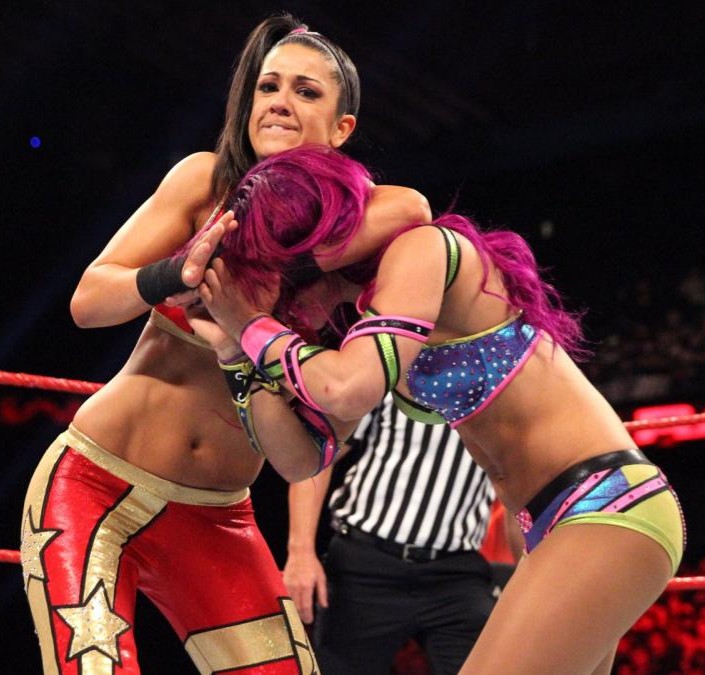 Can you imagine Carmella vs Liv starting a feud over who the real Staten Island Princess was supposed to be? Sasha vs Alexa over their past beefs and bad-mouthing sessions? How about Charlotte, Bayley and Sasha reuniting to face Shayna, Duke and Shafir? If they build it long enough have Ronda appear a little after December and then The Man makes her return just in time for a 4 Horsewomen to set up the Wrestlemania match we never got.

This would also allow the WWE to possibly alternate Men and Women’s PPV which would allow the talent to rest and rejuvenate. I know, I know, too much of a good concept that Vince would never buy it. The possibilities are endless if the WWE really thought about it.

Instead we get Andrade vs Carillo 20 weeks in a row along with Lashley and Lana, while the Fiend gets castrated for being an over character and Vince coming up with good shit that only makes him laugh. Then, the WWE wonders why people aren’t tuning in.

Oh well, I guess we can keep dreaming of a wrestling world that brings fans back to the fold. Until next week, have a great and safe weekend.