It is flat out sad that this is even a talking point again for wrestling fans. Social Media can be a powerful tool if used correctly. Becky Lynch used it correctly to forge her way into the WrestleMania Main Event. Wrestling companies use it to promote their product and events. Wrestlers use it to further storylines or even interact with their fans, which I think is awesome.

Then we have the negative people. Which leads to the question. Is social media ruining wrestling?

Before I go on, I am not going to be naming the names of the bullies and BSers, because that is what these people want. Their cults grow bigger, their YouTube numbers spike because of controversy. All because they take pot shots at wrestling and wrestlers themselves all in the sake of making a name for themselves and getting their own 15 minutes of fame. That is not what this is about.

Social media should be a community of fans whether its entertainment, collectors, sports, occupational, or otherwise, share your experiences while chatting with other people that share like interests. Almost all week wrestling fans can get together no matter where they are to chat about their favorite shows, favorite moments, or favorite wrestlers and have a good time doing it.

Heck we even talk about the wrestlers we do not like or that did not strike our fancy. Sometimes we critique the shows into oblivion. Other times we also obliterate botched moves and ill-timed moves and storylines. There is still a line between being passionate and being a complete and utter putz.

Whatever side you might be on, keeping it civil is key.

Unfortunately, cyber bullying reared its ugly head again in the wrestling world this past week resulting in one young wrestler taking her own life and others coming to the defense of a popular WWE star (Not that she needs it because she is a spitfire with tons of fight on her own).

Hana Kimura endured a lot of hazing and cyber bullying, no doubt about it. This Japanese Stardom superstar was bullied by a fan worse than you can even imagine. I translated roughly 85% of the tweets that lead to her passing, and it made me sick. This was all over a reality TV show. A REALITY TV SHOW PEOPLE!

No one, female or male should have to put up with the crap some of these keyboard warriors come up with. If they had any damn balls you would look at their profile picture of them and not their favorite things, wrestler, sports team, cartoon, etc. They would not be as brave if they were living on their own instead of Mommy and Daddy’s basement.

Hana’s bully deserves to be prosecuted to the fullest extend of the law. Unfortunately, a lot of countries don’t take cyber bullying serious enough and that might mean very little to no justice and that sucks. I know people are looking into laws and what might be able to be done. Thank goodness several wrestlers paid tribute to Hana to honor what she was able to accomplish in her young 22 years on Earth.

That doesn’t forgive the cyber bully at all. In fact, I highly doubt this situation is over considering the TV show has been cancelled, but that doesn’t bring Hana back or stop the comments that were made that lead to this tragic event.

Then here in the States we have a podcaster that took his act way too far.  Comments about Smackdown star Alexa Bliss were borderline criminal. This resulted in addresses being shared, phone numbers getting leaked and lot of angry fans and tweets across the board from both the attacker and the victim being attacked in a cyber thrown down.

Herein lies the sad thing about the above situation with the podcaster. His fans see nothing wrong in what he did. But they sure as hell didn’t like it when the wrestler’s fans and friends went on the attack right back. The term what’s good for the goose is good for the gander was thrown out the window because death threats were involved.

Not that I condone death threats to the podcaster and his family, but out from behind the keyboard, do that to the wrong company at the wrong time and you don’t get a chance to take it back with the wrong person. Think about that before commenting further. 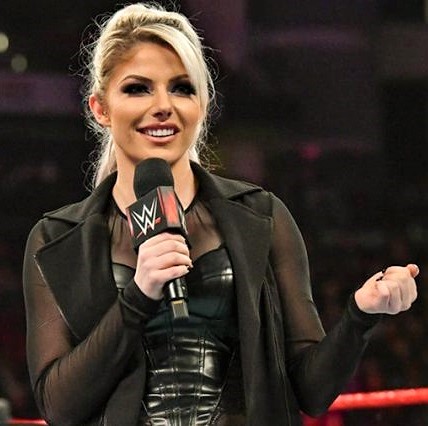 Said attacker didn’t stop there though. He decided to keep his garbage up by turning the feud to Ryan Satin. Yet again, the attacker’s minions turned their heads the other way while pleading for Bliss, Satin and others to stop what was going on. The first stone was not cast by Alexa or Ryan. Why did they have to stop fans from getting angry?

If the attacker made vicious comments and didn’t want the backlash, then he shouldn’t have made the asinine comments in the first place. If his attitude is, screw them I’m going to continue my antics, then the people offended need to realize the best way to harm the attacker is block, don’t listen to their podcast or pay them any attention. See how easy that is?

I blocked the podcaster months ago after being introduced as someone I might enjoy listening to. The answer was a resounding no because there was virtually nothing positive to listen to on his so-called show. There was nothing redeeming to listening to someone crap all over each and every segment of the show.

I feel for the wrestlers right now. With the COVID situation we are all facing around the world, too many people have too much time on their hands. Instead of appreciating what they are going through traveling to and from tapings to entertain we have people jumping them and smearing them at every corner. It’s disturbing as they aren’t in charge of production, storylines and such, but they didn’t stop going to work.

Why? Because they care about their profession and first and foremost the fans.

Instead of enjoying wrestling, people make it suck because they don’t think before saying something hurtful or harmful. They don’t realize wrestlers are characters and there to entertain us, they don’t owe us anything in real life. Yet some people think because they have a laptop or PC they have the right to spew their hatred.

Well, I have a laptop and a PC and I choose to have fun writing a weekly column for www.thegorillaposition.com , state my opinion on Twitter and Facebook and chat with my wrestling buddies every chance I get. I also choose to back the wrestlers in this situation, both male and female because they are the ones putting their bodies on the line for fans to watch regardless of what is happening in the world.

If all you can do is show negativity then stop watching. If it isn’t fun take a break. I did for 3 years after CM Punk left the WWE. Then we had The Man come along with the Women’s Evolution and I was hooked again because of Becky’s presence on Social Media. More so then what was happening on Raw or Smackdown. It is a powerful tool when used correctly. It’s not so fun when used for self-serving egotism.

The wrestling world lost a raising star. I pray that this doesn’t happen again because of an out of control egomaniacal podcaster or because of an overzealous asshat cyberbully.

Until next week, please be kind and unwind.

if you guys didn’t see or hear mauro’s small tribute to hana kimura during io’s entrance, here it is pic.twitter.com/1811GGibII