Is the WWE and NXT university ready for Karrion Kross and Scarlett? They better be.

After the announcement of Kross vs Ciampa at NXT Takeover: In Your House. Two relative newbies in the WWE Universe’s eyes are getting a shot at top.

Its not very often that the WWE or NXT puts a rocket on the back of a wrestler and shoots it into the sky for them to ascend this quickly. Hell, name the last person who debuted and was immediately on a PPV and Takeover? It has been a while.

Kross and Scarlett are unique; Don’t let anyone tell you different. If you have watched Impact, MLW, Lucha Underground, or AAA will know the former Killer Kross is a beast in the ring. To say he is a much bigger version of the human suplex machine Taz is an understatement. He flat out is nasty!

Kross tosses his opponents around like they are rag dolls and seemingly enjoys the hell out of it. He has a great look, physique and an “IT” factor not many coming into NXT have already had that is easily spotted. The vibe he has, is similar to the vibe the evil Undertaker used to give off. That speaks volumes.

Scarlett, on the other hand, is way more than just eye candy. Scarlett’s travels have taken her from Ohio Valley Wrestling to ROH to Impact to Lucha Underground and now NXT. She has had some memorable matches with Taeler Hendrix, Angelina Love, and even beat Disco Inferno aka Glenn Gilberti in her Impact debut. 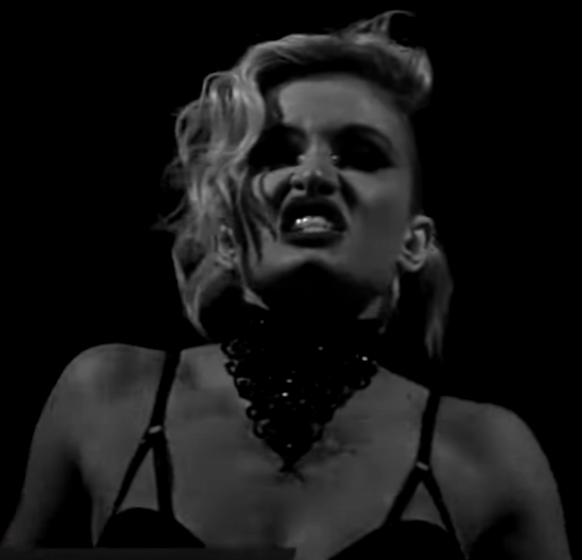 Scarlett has proven in many of her matches she cannot be taken lightly by men or women. She has a no fear factor when it comes to her in the ring work that the WWE has lacked in their women’s division over the years. Almost comparable to Sherri Martel and Luna Vachon in the sense these two women were feared and revered. Together this duo made an immediate splash.

How often can you say someone entrance video gave you goose bumps? Jericho and the choir singing Judas is one, but Scarlett coming out to Kross’ new NXT music, singing the entrance song, was amazing and bone chilling. The background to the smoke, this entrance will blow the roof off the place when a crowd is there, but even worked wonders in an empty arena.

As far as in-ring goes, the NXT crowd has only gotten to see Kross face two preliminary talents and throw them around with suplexes (Doomsday Saito) and then lock them immediately into his finisher, the Kross Jacket, for quick tap outs. The biggest selling point was Mauro Ranallo saying “Karrion Kross is the damn devil. What the hell did NXT let in the doors?” That screamed must see and in the lost art of the announcer putting over the talent was perfect.

I know one match does not make a superstar but go back and watch some of his early matches on YouTube with Darby Allin, Brian Cage, Johnny Impact (Morrison), Eddie Edwards, Petey Williams, Tom Lawlor, among others. Kross is multifaceted and matches up great with all comers.

Kross’ style in the ring is rough and tumble. He is a suplex machine in every sense of the phrase. When he wears his opponent down, he immediate locks them into the Kross Jacket submission to put nail in the coffin. His two short matches in NXT already caught the attention of his peers. 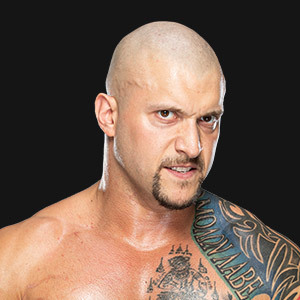 The Monday Night Messiah, Seth Rollins, has taken notice of Kross and even remembers seeing Scarlett from her Independent days in Chicago. Mick Foley called the debut of Scarlett and Kross “Epic”. I still go back to that entrance and think how much cooler it will be once the fans are in attendance and get to put hem over for it.

Scarlett has not made her in ring action debut, but it wouldn’t shock me if and when she does she will be a force to be reckoned with in an already deep NXT women’s division. Her Back to Belly Piledriver is one of the most vicious looking finishers in a long time. Check out her match with Kris Statlander online if you want to see this move in action before she hits an NXT ring. Like Kross she is tough as nails too.

Next up for Kross and Scarlett is their first NXT challenge with Tommaso Ciampa at NXT Takeover: In Your House. Not often do newcomers step into the spotlight right off the bat, but then gets to go head-to-head with one of the most popular wrestlers in the brand. I think that speaks volumes of Ciampa and the NXT creative team to give Kross and Scarlett that shot to start their NXT careers.

To me, these two are ones to watch from NXT. Based on an entrance and a couple matches and one match signed on for a PPV, the future looks bright. But for the rest of the NXT roster…The End is Near.

Time to Fall and Pray!

Until Next Week, heels or faces, keep one eye open and one eye on Kross and Scarlett. They are the new force in NXT to be reckoned with.