I really wanted to write my column this week with the thought in mind of praising someone that deserves some credit on the wrestling scene, but less than 24 hours after Stomping Grounds and Raw, my mindset took a nasty turn for the worse.

Twitter Trolls all over think they know what makes the best heel, or what constitutes ‘cheap heat’. But most can’t tell the difference between the two. When someone calls Baron Corbin brilliant and the best heel in wrestling, I have got to retort.

Wrestling 101 for Dummies is now in session, neophytes.

Wrestling consists of good guys and gals and bad guys and gals. The people that are loved by the crowd are the faces. The ones booed out of the building are heels. The ones that make you turn the channel because they are so boring are Baron Corbin’s…no… I mean wrestlers that make you change the channel or just leave an arena have go home heat or super bad nuclear heat. 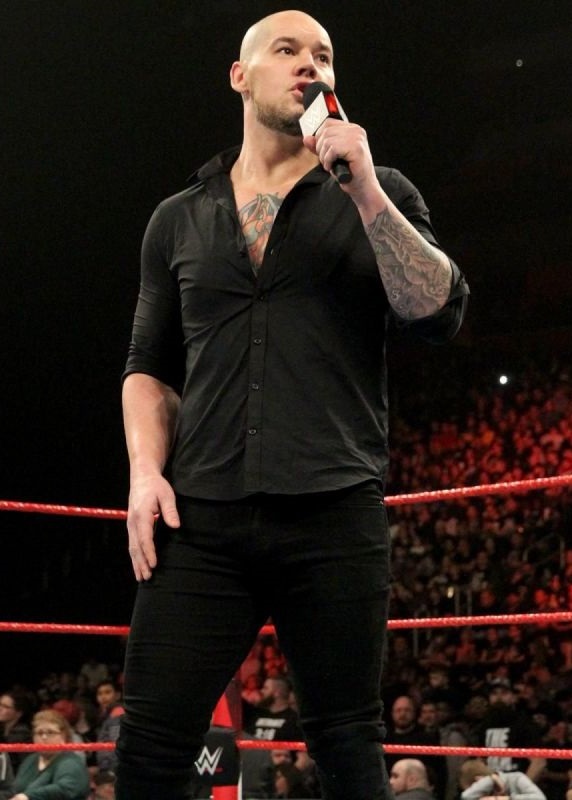 But true heels with heat are the ones you PAY to see get their asses handed to them. You don’t change the channel or head to the bathroom for a break from a truly great heel. You stay and watch or go to the arenas to watch that person get destroyed in person by whoever the face is that is their opposition for the night.

A guy like Baron Corbin has bad nuclear heat, but it isn’t because he is hitting the hammer on being a photo-typical heel. It’s because people genuinely don’t like him, his schtick or his personality. It isn’t good heat when you are the lowest point in the ratings in 2 out of 3 hours of a show. That means people tuned your ass out and people don’t care for you. And that is a FACT. People don’t give a rats fat ass about Baron Corbin.

A great heel pulls you IN and you NEED to see them get theirs sooner than later. Don’t believe me? Read and Learn, ya pencil necked geeks.

Watch Roddy Piper in the Wrestling n Rock Connection Era. Piper nails Jimmy Superfly Snuka with the coconut, tortured Cyndi Lauper and her manager, and essentially became almost bigger than Hulk Hogan when it was Hogan that was the man everyone wanted to see. Or was it? I believe more people wanted to see Piper get his. Piper could cut a promo with Mean Gene that just made you fume. That is a true heel. Piper could smirk into the camera and people wanted to strangle him, they weren’t changing the channel they literally watched, hung on every word and tuned in to see the end result coming his way. 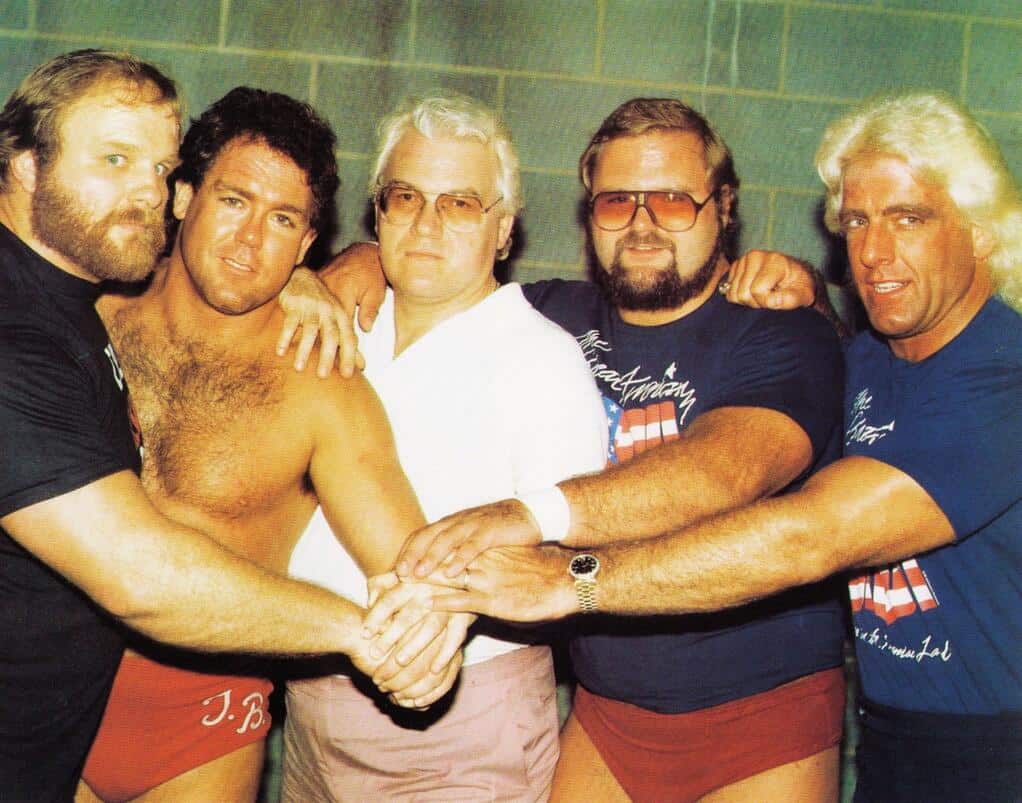 Want another perfect stable of heels? NWA The Original Four Horsemen: Ric Flair, Tully Blanchard, Arn Anderson, Ole Anderson and their manager JJ Dillion. These men were infuriating with their arrogance and style. They oozed cockiness to the highest degree. People would line up to get tickets just to see these men get beat up. Whether it was Dusty Rhodes, The Road Warriors, Ronnie Garvin, Magnum TA, or Sting, when the Horsemen were on TV or in an arena near you, you went and prayed we were there to see them get theirs.

In my opinion one of the greatest heels of all time is Bobby “The Brain” Heenan. He would look at the crowd from ring side and start his own Weasel chants. And you know what? The fans ate it up! They would boo him, jeer him, at times throw things at him, but the bottom lines was, we the fans, interacted with “The Brain” on a level that has never been equal with any other ringside manager. Bobby was that damn good at getting the crowd on him, involved and against his Heenan Family members. Bobby also has that “I told ya so” attitude that carried him a long way into his announcing career. He was awesome at getting you mad and forecasting why you would be mad at him. There is no one that will ever come close to him on that level. 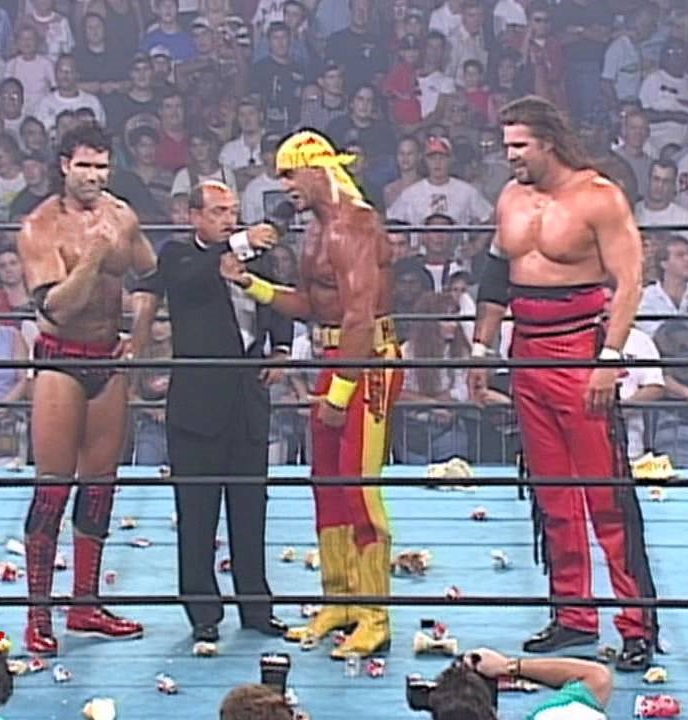 If you want Nuclear heat that damn near causes a riot. Go watch WCW Bash at the Beach 1996. When Hulk Hogan turned on WCW and the nWo was formed. The heat Hollywood Hogan got there was so real it was scorching. The fans littered the ring with anything and everything finding out Hogan was the secret member that Hall and Nash were hinting at. I know sitting at home I wanted to punch the TV because I was waiting for another former WWF member to jump in the ring with Hall and Nash and declare war, instead they got the center piece of WCW and wrestling history was forever altered.

These actions and wrestlers were great heels and right now that is lacking in wrestling 2019. Not just one promotion, but across the board. It’s hard to be a good heel because people made it look so easy before them. But now being a heel has turned into a joke. There are good heels out there like Chris Jericho who when he wants you to boo him will hit every button to get you against him. Don’t believe me? Look at the Man of 1001 holds to the man that put everyone on “The List”. He is the last of the truly great heels.

Let me go back to my buddy Baron Boring. Whether the WWE wants to admit it or not he single-handedly set the record for the first wrestler to be on Raw in 2 separate hours and both hours had the lowest non-Monday Night Football ratings. Yes, I’m repeating this for the Twitter Twit that doesn’t get the fact that when rating drops that is on the wrestler for being stale and not the audience for seeing through their BS. Yet the WWE keeps pushing this clown. His heat isn’t cheap heat either, it’s get the hell off my screen you non-factor jackass heat. That sure as hell isn’t good nuclear heat. That is Go Home Heat. There are several wrestlers that can be classified with Go Home Heat again the proof is in the pudding, see below. 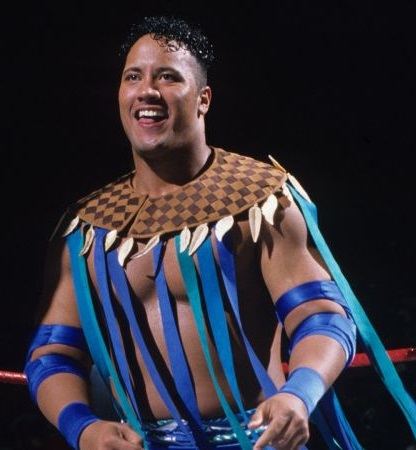 Remember Rocky Maivia? Die Rocky Die chants were deafening on Raw, Heat, name it. JR would say this blue-chip athlete is the future of wrestling. And he was RIGHT. Just not as Rocky Maivia.

Before his transformation to The Rock, Rocky Maivia had some of the lowest rated Raw segments. Fans tuned out when he hit screen and it was no fault of the Rock’s. Vince thought having this third-generation wrestler would draw fans with his smile and athleticism. Instead, the audience turned on Rocky and wanted nothing to do with him. Why? Because he was shoved down our throats and was handed a silver spoon and the fans hated that. If it wasn’t for the Nation of Domination Rocky would have never fulfilled his potential and we would have never gotten The Rock, the most electrifying man in sports entertainment.

Another sad example of a wrestler the fans got tired of quick fast and in a hurry was Jeff Jarrett in TNA. When the Fans dub you Triple J and are chanting “F*** You Jarrett” or “Drop the belt” that is not the heat a company or other wrestlers want. Double J’s ego kept him relevant for three solid years in TNA, but it also started a mainstream opinion this company will die quick that unfortunately continued well past Jarrett leaving. All because he wouldn’t drop the belt and put his young more exciting talent over. When you make yourself the king pin of a promotion and won’t put talent over fans will dump on you at every turn and that type of heel heat Jarret got and it was not good heat to have.

Remember James Ellsworth? I don’t want to either. But, his antics and the writing for him to interfere at the Women’s first Money in the Bank match damn near cause the Women’s Evolution to falter. The WWE let him go, but then he comes back and interferes again and people literally made his ass the lowest rated segment on Smackdown. When that happened, he was released a second time and hasn’t been heard from since. He wasn’t a likeable character no matter how much Carmella tried to help him get over, he was just a waste of other talents on air-time.

Getting back to today’s product, the WWE has too many heels that people just don’t care about along with Corbin. Giving someone a silver spoon opportunity and the ratings sliding with that push is a prime example of someone that isn’t over and can’t get over. 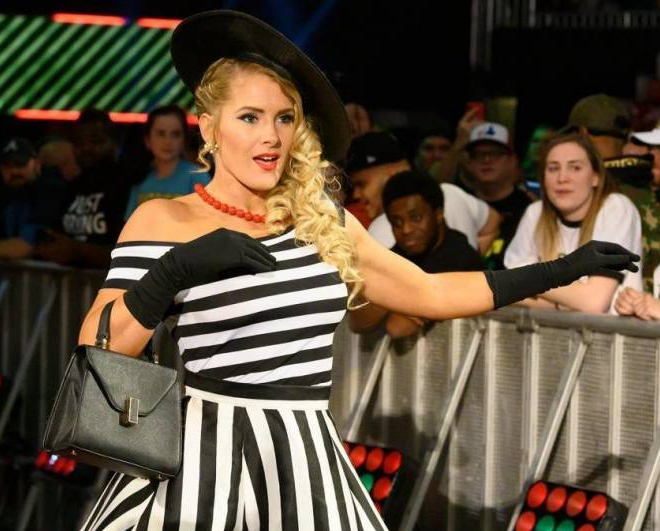 Lacey Evans is another one that comes to mind. For months the WWE just kept sending her out there with her music to strut, turn and head to the back. They lost 4 solid months of getting this woman in the ring and getting the fans acclimated to her along with her possible opponents. It backfired and even though she is getting another title shot at Extreme Rules which makes three months in the row, she isn’t over and won’t get over because fans don’t like the performer and grew sour on her lack of selling moves or having the timing to make the moves look good.

If the fans don’t like the character that can result in change…Beaver Cleavage comes to mind. If the fans hate the performer there is a problem. Albeit, the WWE has problems like Shane, Corbin, Evans and Sullivan that Vince won’t address, but it is something that casual fans are picking out and can hound on, myself included.

Stomping Grounds was a good PPV. But it was destroyed with one bad decision while bad booking because of that bad decision exposed just how bad Vince’s hard on is for Evans and Corbin. The problem is the fans have no use for either one of those two. Dollars to donuts, 6000 plus empty seats this tells me more fans are tuning out because of the push unworthy wrestlers are getting from the WWE. No amount of good nuclear heat can change that.

I have come here to chew bubblegum and kick ass, and now I’m all out of bubble gum!
End of rant, Junior.