I love watching documentaries of wrestlers and their upbringing into the industry. One thing that always intrigued me was how you can almost see how a wrestler patterns themselves after another past wrestler. There are obvious connections with generations. The Harts and their kids all have similar traits to their predecessors. Charlotte and Reed Flair both use and have similarities to Ric. Tessa Blanchard has a mix of her two dad’s Magnum T.A. and Tully Blanchard. The Samoan’s and the Anoa’I name go hand in hand.

But there are a lot of other past and present wrestlers that have a hand in the game and are more influential than we know. One of my least favorite shows saw Eva Marie a failed WWE experiment being trained by Brian Kendrick. Then I tune into Ronda Rousey special 24 and who is she training with? The Brian Kendrick.

Kendrick could easily be considered a wrestling journeyman. WWE, TNA, ROH, Japan, indies all over, own school, own promotion, and back to the WWE. He isn’t the biggest, the fastest or strongest wrestler that ever graced the WWE, but what stands out is his smarts.

I loved watching him when he first hit the WWE against Jamie Noble. We saw him at a house show in Illinois and he and Noble easily has the best match of the night. But the problem was the cruiserweights only got a 10-minute spot and those guys always, at least to me, too advantage of that time and made themselves shine. But it seems in the blink of an eye “Spanky” was gone.

When he returns he was tagging with Paul London. And two high-flyers were easily one of the best tag teams in wrestling. But again injuries, brand splits and an untimed smile at Vince cost these two a spot on the roster and it seems like one left the other became a jobber. The potential a lot of times was shown, but never fully reached.

Fast forward to now. Brian is on 205 live and a lot of the action is very similar to his style in 2002-2004 with Nunzio, Moore and Noble. But it was also evident in how Ronda worked in the ring too. She has a lot of Kendrick’s mannerisms. Don’t get me wrong, Ronda was a powerhouse where Brian wasn’t, but the roll through into the Piper’s Pit drop has Kendrick written all over it. The clips they showed of Brian working with Ronda were impressive and how he stressed not hurting your opponent and what works and doesn’t. It shows because Kendrick for being a high-flyer in his prime was a safe wrestler. 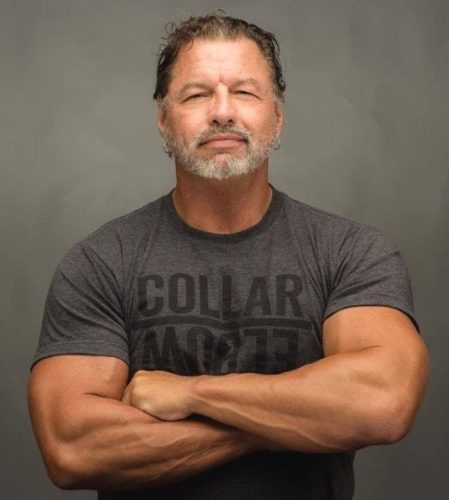 Another former wrestler that you see all over the place is Al Snow. What does everybody want? HEAD! The former WWE, TNA/Impact, ECW wrestler besides having a wildly popular weird character that carried around a mannequin head, was a great wrestler. He was smooth in the ring, the problem is the WWE wants characters and not wrestlers so Al had to transformer from Avatar to Shinobi to Leif Cassidy a rocker back to ECW where that mannequin head (thanks to Cactus Jack suggestion) was born.

The J.O.B. Squad was formed and Snow came back into the WWE fold and chasing the Hardcore Title. Along the way Al feuded with Big Boss Man, Bob Holly and even partnered with long time friend Mankind and they won the WWE Tag Team Titles together. Although many would say that isn’t a ton of success for Al in the WWE, he was a main stay on TV and was over with the fans. JOB Squad T Shirts were all over the arenas.

Al left the WWE went to TNA/Impact wrestling and continued to do his thing. Currently he is the owner of Ohio Valley Wrestling (OVW) and helps with the training of the up and coming Impact talent. People might not think much of that, but for those that saw how Al worked in the ring before the gimmicks can see his steady influence in the product now and it is solid in the ring work.

If I could be serious for a moment, another former ECW, WCW, and WWE wrestler that has made his mark with the younger wrestlers is Lance Storm. Storm Wrestling Academy has sent an impressive list of wrestlers to WWE, NXT, ROH, TNA/Impact name it. Emma/Tenille Dashwood, Oney Lorcan, Tyler Breeze, Peyton Royce, Rachel Evers, Chelsea Green, Taya Valerie, Thomas LaFuffa to name a few.

Lance was one of the best in ring performers in ECW, WCW and the WWE. Back in the day when people wanted to break down work rate you couldn’t beat Storm in the ring. He was a mat tech that could out wrestle anyone and can also go to the top and floor people. His athletic skills lead him to titles in all three big promotions.

His work with up and coming wrestlers is just as impressive as his in ring skills. Multiple wrestlers have already won titles in NXT, WWE, Impact. Watching some of his alum use moves Lance made look so easy shows in his pupils. Tyler Breeze vs Velveteen Dream was a match that literally oozed Storm psychology. It was story telling in the ring that is almost never seen nowadays.

Another person that comes to mind is Robbie Brookside. Robbie is legendary among British talent and is currently working for the WWE NXT UK as a talent scout and teacher. When he was an active wrestler he can often be seen tagging with Steven “William” Regal. He made appearances on WCW Nitro and a couple short stints with the WWF/WWE as security and even losing to Vince McMahon, Shane McMahon and Umaga on Raw. Robbie was at least able to get a cup of tea in both the big promotions at the time in the US.

Robbie also was the one behind getting “The Man” Becky Lynch a look by the WWE when she came back to wrestling after being out of the business for a while with concussion issues. Without Robbie the WWE’s hottest wrestler might not have ever materialized. We have Robbie to thank for that. He definitely has left his mark on today’s talent and it shouldn’t go unrecognized.

Although there are a lot of unsung heroes in wrestling I felt it was time to give some of these heroes their proper dues. Some might still be active in the ring and helping backstage, others might behind the scenes working with talent on moves, but their marks are still seen in today’s product and should not be ignored. Kudos to those training the next wave of entertainers and athletes. You are truly the unsung heroes!