Thank you, Kevin Owens, from the bottom of our hearts.

This is the first time since WrestleMania the WWE had meaning on a show. And all it took was a brand-new CM Punk like pipe bomb, except this was an all-out truth bomb on the world’s dumbest family the McMahon’s.

Before you point out how much the McMahon’s are worth, let me remind you that there are 3 of them holding high positions in the WWE – and can’t see that the fans aren’t enjoying what they are throwing out there week in and week out. That makes the McMahons a bunch of idiots.

Rewind to December 18, 2018 the McMahon’s and Triple H come out to open Raw and do what? Promise change. They dismissed the GMs of their respective shows and said the fans were the authority. We would be in charge and they are listening… What a bunch of bullshit!

Anything that comes out of a McMahon’s mouth can be turned into instant fertilizer, because they spew nothing but crap. Yet, fans buy it. We continue to tune in. Although as I stated in one of my previous columns, the ratings are terrible and there is no end in sight of them improving for the WWE.

Remember Shane coming back and blaming Stephanie and Triple H for low ratings? The ratings are ten times, yes, ten times worse from that point in time to now with Shane being in power and being a power-hungry brat. And Shane has too much damn power right now. Like it or not he is making Smackdown, “The Land of Opportunity” into Fox’s next big cancellation and it hasn’t even aired on Fox yet. 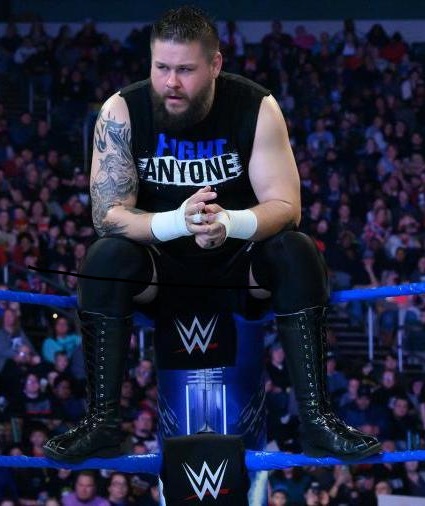 There was a glimmer of hope the last couple weeks. That hope’s name is Kevin Owens.

Yes, KO. Fight Owens Fight. The guy that turned on the New Day because Daniel Bryan got hurt and couldn’t do the rematch plans with new champ Kofi Kingston. The guy that stopped his own face turn for a lackluster heel turn and is now back on the babyface bandwagon and with grand fashion.

For those of you that aren’t watching or paying attention and judging from the ratings there are a lot of you, Kevin Owens did the KO Show the Shane “Ratings Killer” McMahon and Drew “Shane’s Bitch” McIntyre. During the segment Owens hinted at breaking the heel mold but antagonizing Shane with the fact that Shane bolted out of the ring as soon as he heard the Undertaker’s gong.

Shane got mad, McIntyre did his lap dog routine, and Kevin Owens didn’t budge. Instead Dolph Ziggler came out and KO verbally massacred Ziggler in one of the funniest, but truthful moments in recent WWE TV. Kevin obliterated Ziggler about losing and getting chances and not taking advantage of them. It was a thing of beauty. If you didn’t see it, jump onto Youtube.com and give it a watch, you won’t be disappointed.

Ziggler and Owens tagged and as you might guess they imploded. That ended with KO knocking Dolph out. And that started this newest turn for KO.

Fast forward to this week and the WWE is sending out emails saying Owens and Ziggler will face off in the main event and instead Owens interrupts Ziggler’s interview in the parking lot and Shane who is mad at Owens bans Owens from the arena and promptly cancels the main event. Unfortunately, we still had to endure Shane 6 stinking times on Smackdown this week, but even the banned KO made his first return a memorable one. 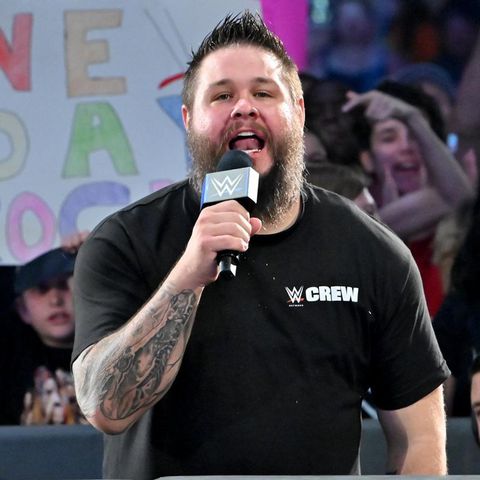 KO jumped the guard rail, grabbed a mic and in a CM Punk like moment unloaded on Shane McMahon in the name of the locker room.

KO pointed out the empty promise the McMahon’s made to the WWE Universe. He castrated the fact that since that promise was made Shane has been at the forefront of a power play that has seen him single handedly destroy the WWE and the locker room by hogging TV and PPV time while show casing himself. Owens said it made him sick that Shane had the audacity to call himself “The Best in the World”.

Shane comes out tries to cut the mic, but Owens grabs another mic calls Shane and idiot and then rips over several wrestler’s names that are being under cut by the WWE over pushing Shane. Names like Ali, Buddy Murphy, Apollo Crews, Asuka, Kairi Sane, and others. Shane cut the mic again and KO just took Saxton’s head set and continued to talk to the TV audience.

The live crowd in Manchester, New Hampshire, started chanting “Thank you Kevin”. Yes! Thank you, Kevin Owens – scripted or not – this is something that needed to be done. Someone needs to smack the McMahon’s and their McMahonigans upside the head and let them know we are tired of seeing Shane. We are tired of the same bullshit week in and week out. We want that change we were promised in December in 2018.

We needed KO more than ever. We needed that mouthpiece to speak about the BS we no longer find entertaining. We need Kevin Owens with that edge that he brought full force on July 9th, 2019. This is the guy the WWE needs, the WWE universe need’s and the McMahon’s desperately need. 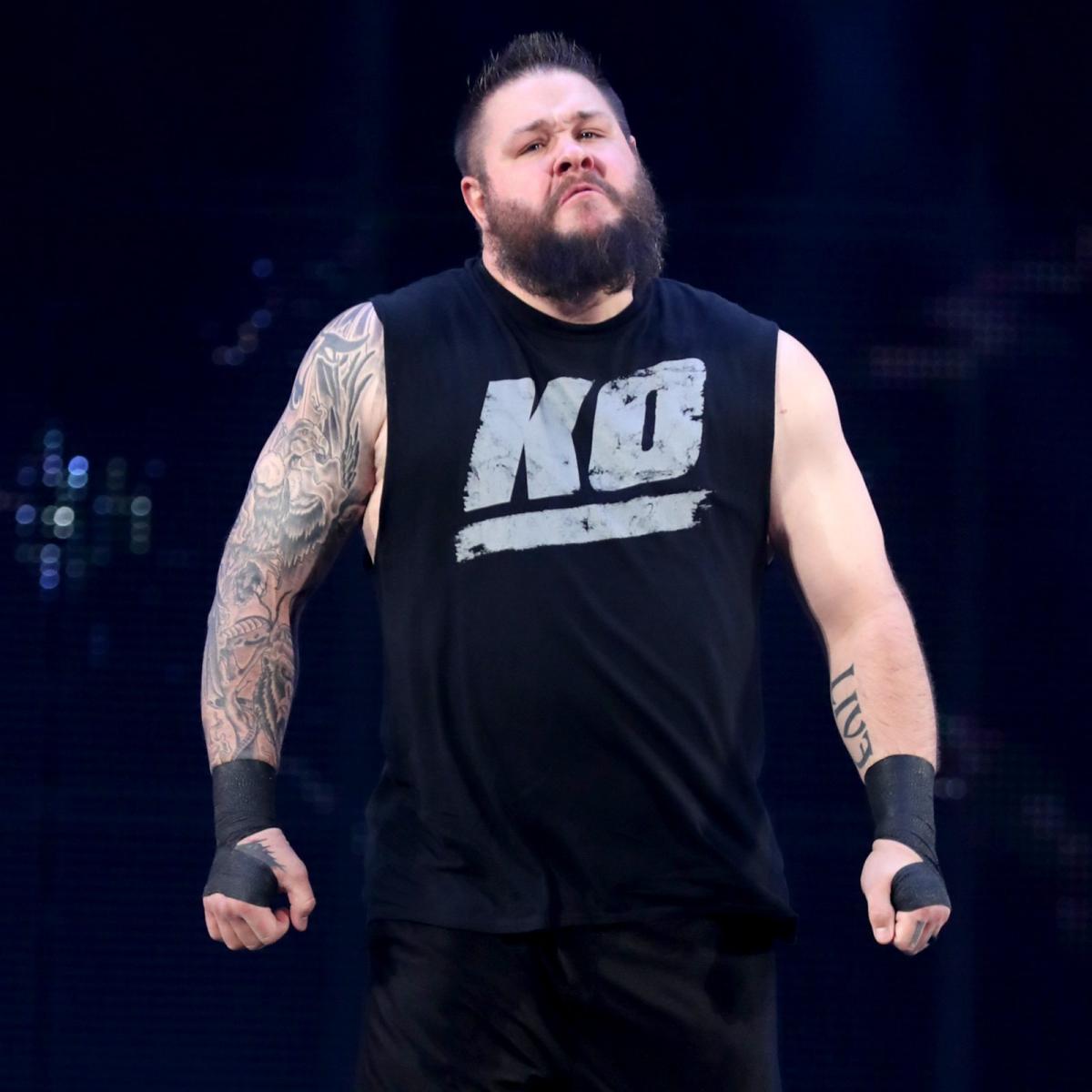 For months since Becky Lynch turned into “The Man” the WWE hasn’t had another breakout wrestler that stands away from the pact. It’s not for lack of effort from the wrestlers, trust me those men and women are killing themselves 300 days a year and some can’t even get on TV. But lately I’ve heard from people, the WWE lacks that Rock, Stone Cold, Taker, Mankind, type wrestler that brings the rest of the roster up. That can carry the load.

Well boys, girls and critics alike we got that guy tonight and Kevin Owens be thy name. I know a lot of people wanted to see Kevin Steen from Ring of Honor come out and do his SCUM character. But what the WWE needs is a bit of that edge from Kevin Steen ROH and Fight Owens Fight from NXT and his first run as Universal champ, but this time as a face that goes after the big baddies.

Personally, I was bummed by the quick heel turn on the New Day and I still think Big E is going to be exposed for faking his injury and blaming KO and turning on Kofi and Xavier. But I’m glad someone in the WWE got their head out of their butt and saw that there was big potential in KO being a face that can lead the WWE and Smackdown Live onto Fox.

The scary thing is we must wait and hope the WWE doesn’t screw this KO turn up. And let’s face it, lately they can screw up anything and everything because they won’t keep that promise of listening to the fans. Well, this fan along with others enjoyed the new KO and can’t wait to see what he does next to cause chaos on Smackdown and Raw. Hopefully this Fighting Owens can help save the WWE Universe from the McMahonigans we have been exposed to the last several months that are getting tiresome and boring. Either way, strap yourself in for a good ride along with KO.