For those of you that don’t know me. My name is Mark Mahler. I’ve been a wrestling fan for as long as I can remember. I have been lucky enough to meet some cool ass wrestlers along the way and get some information that I probably shouldn’t have been privy to. I love talking wrestling whether it is old school, new school, WWE, AEW, Impact, WCCW, NWA, doesn’t matter to me. Good wrestling is something I love getting engaged with and having a great conversation about.

But for those that do know me, I absolutely love just going on completely off the chart’s rants about different topic’s and it drives people insane or sometimes they love it. There is no middle ground.

You see, back in the infancy of wrestling smarks on the Internet, a bunch of friends and I would chat at Wrestleline or at CBS Sportsline. Any given night we can talk about WCW, the WWF, the nWo, DX, ECW, name it. A lot of times an opinion spawned into an argument or a pretty damn good rant.

There was so much I wanted to write about this week, but I just couldn’t pin one particular thing that caught my eye. With that it’s time to RANT! 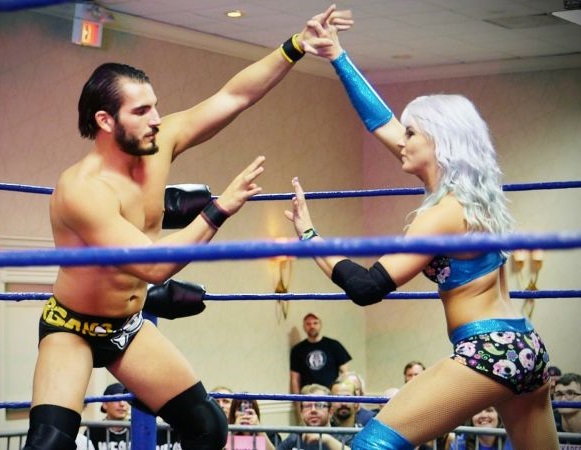 I get the whole battle of the sexes and women standing up for their rights in the ring being the same as men. I enjoyed Tessa Blanchard laying the smack down on Sami Callahan and then the respect shown at the end of the match. But there is a lot of grey area with intergender matches if they aren’t done right. It can make the male counter part look weak. It can make the female competitor look too manly, name it. What I don’t get is the rules of engagement? Why? Because Impact put on a good match, then the rumors started about pushing Tessa towards the Impact championship picture and to me that is a grey area in wrestling that ought not be touched. If she wins the belt, does that make the men both past and present in Impact look weak? What if Tessa jumps ship and can’t even win a women’s title? Does that mean Impact is an inferior brand? Hell, watching Extreme Rules, the men were supposed to fight each other and there is Lacey Evans sticking her nose in Seth Rollins business and Rollins wouldn’t touch her and Boring Snorbin hits The Man with an End of Days which set off a lot of people. The rules there were ridiculous at best and the WWE are a bunch of hypocrites because they have fired wrestlers for domestic violence but let that happen. See what I mean by bad grey area? It’s cool to see some women getting the rub from men in the business, I just think there has got to be an easier way to do it without crossing the lines or hurting reputations and getting out of the grey area. At least Tessa and Sami had a good build and better payoff than Extreme Rules Winner Takes all.

I’m pulling for AEW. But enough is enough Cody! Stop worrying about the god damn WWE and worry about your own product. From the Triple H mocking to almost every other pot shot taken it gets boring. And it shows for all the savvy Cody has a businessman, he still has his head up his ass. WWE takes pot shots at Billionaire Ted and the ratings pendulum swung to WCW. Bischoff takes pot shots at the WWF and tells people about Mankind winning the belt and degraded it, and the ratings pendulum swung back to the WWF and never went back the other way. Learn from other’s mistakes man, stop repeating them or leading yourself down a path that shows you ready to repeat them. There are still millions of diehard WWE fans and they will not tune into AEW if all you are going to do is bash the WWE. Trust me its bad business. Show people why AEW is better or a viable option. If all it is going to be about is we do this better than the WWE or we won’t do this like the WWE, it means you are giving the WWE free fucking advertising because you keep mentioning them. Wise up already! Concentrate on what will make your product stand above the rest son. Stop acting like a whiny brat.

Fight for the Fallen 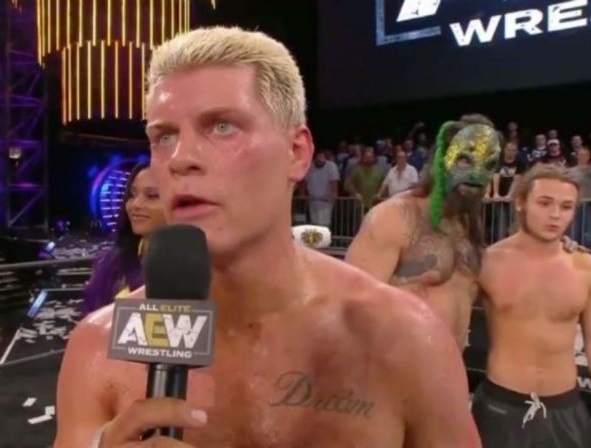 While I’m picking on AEW, I get that a lot of kinks are being worked out while they get ready for TNT in the fall. That’s cool. But some suggestions, ditch the damn three-man announcer team. Marvez is about as boring as watching paint dry and adds nothing to the show or announce team. For the love of everything holy don’t run weather ads on your shows. We don’t give a shit if its 95 degrees. Seriously, that was ridiculous. Work on your pre-show. They should be a time where you get the camera angles and everything down path, but that doesn’t mean you shouldn’t put on great or at least solid matches or matches that get the crowd going. There has been a couple misfire matches in the pre-show and that can deflate the crowd before the action gets going. Here’s another key for the announcers, let’s pretend each fan has no clue who Kenny Omega and Cima are. How about some background information? Remember when JR used to tell us why Kane was dangerous for Stone Cold and gave us a background story. AEW lacks that and that will not catch the casual fans eye. For the love of Pete, get a damn ringside physician that can spot a concussion. Britt Baker was scary when she got concussed. That was no joke. But the ref acted like they weren’t prepared to handle that situation. Throw the X up. Britt’s health is more important than the finish of that match. Get your refs some spot an injury training stat!

For those of you that didn’t believe me a couple weeks ago Shane is a frickin’ ratings killer. The more he is on the worse the ratings are. They have KO nail him twice with Stunners and the ratings were up 15.3%, KO is definitely gold on Smackdown Live, Shane is definitely stinking steaming crap. Pure unadulterated crap! People don’t want to see him all damn show long. Case in point: Liv Morgan got one of the best damn pops and we haven’t seen her since they broke up the Riott Squad. Shane cutting her off on the mic set Twitter off on him and made Liv a new legend. It will be very interesting to see how she comes back to be the Real Liv Morgan. But I’m digressing. Shane is falling into a bad category of performers that the crowd just tires of because he is overexposed. I’m praying when Bischoff takes over Smackdown he cuts Shane off and tells him listen sonny boy I’m here because you screwed the pooch and now daddy needs my ass to save the WWE since you buried it. Now that would be must-see TV for any WCW fan wishing to see Shane get his for showing up at the last WCW show. Oh, how sweet that would be! 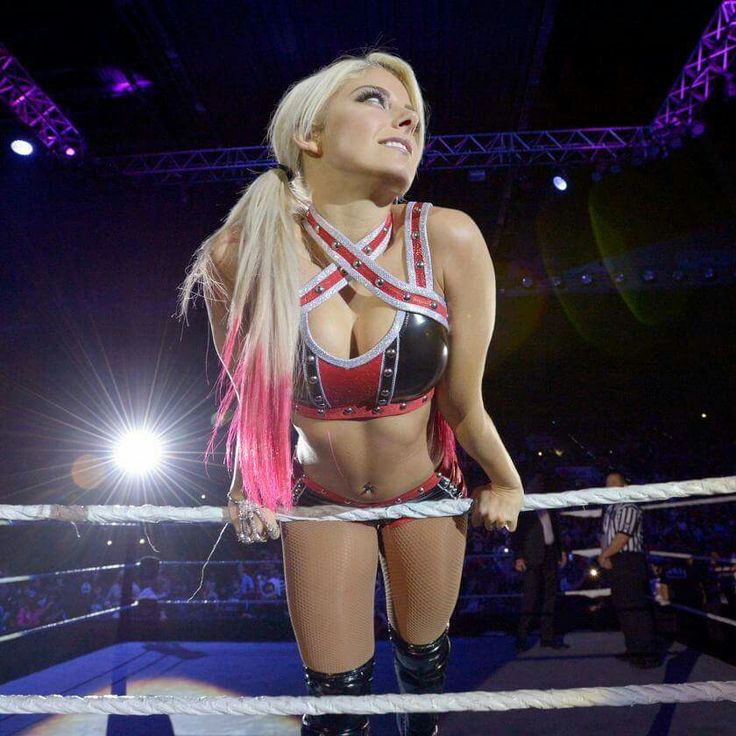 I’m sorry, but the photo typical Vince McMahon female wrestler is blonde, big boobs and curvy… aka Alexa Bliss. I’m pretty sure this is why Alexa keeps getting pushed and thrown at us like a bad hanging curve ball that doesn’t break. I get she was out with concussion issues and hurt. But she is not good in the ring. She proved that more than once on Monday Night. And then she goes on Twitter because she was mad that the fans were chanting “This is awful”. Don’t be butt hurt Alexa, you sucked. In fact, you sucked, swallowed and spit at the same damn time in the ring. Your match was overbooked, too long and full of bad botches that seemed to piss off the fans and some of your opponents. If you can’t take the heat of the fans chanting things at you, then get better in the ring toots! If you suck, we pay for tickets, the network and other things we have the right to tell you, you suck like it or not. Don’t go onto Twitter and call the fans disrespectful. What’s disrespectful is half-assing it in the ring for the price the WWE charges for tickets. If you don’t like it? Get a job at Disney Land, Princess.

I don’t get why a story starts and then it can’t be remembered. Forget the WWE’s issue with doing that over a year, they just pulled the same shit within a 24-hour span with Mike and Maria. Raw to 205 Live the WWE couldn’t remember what happened with Maria taking Mike’s manhood on live TV and carrying it over to the next show. Remember Maria neutering Mike on Raw? Remember her calling out his manhood and saying The Man had a better chance of being her baby’s daddy? Fast forward to 205 the next day and that seemingly flew out the window. I get the WWE has a revolving door of writers, but to not even remember what the hell happened the night before is downright asinine. Especially for a couple that came in claiming they had the power of LOVE. It makes ya sick thinking about how mishandled Mike Bennett has been doesn’t it. At least give the man some type of break. His wife shit all over him and fans are supposed to forget that the next night? That really does nothing for Maria except make her look like a petty bitch.

Well, I got all that off my chest.
Until next week, keep rambling and ranting!