I was reading this great article about how a wrestler can take a bad gimmick and make it work. I loved how the author of the article broke down his idea of a bad gimmick in wrestling and how the company made it work in their favor.

Ah what? I loved this idea, but isn’t it the wrestler that makes the gimmick work and not the company? I mean booking is key to a wrestler getting over, but the person wrestling and putting their heart into said gimmick is the one that makes it soar or crash.

To me there is a brilliance in a wrestler that can take what might be a silly or bad gimmick, and turn it into main-event player is awesome. I also think wrestlers that try a gimmick that could and let’s be honest should flop but doesn’t mean that wrestler has a creative side that might not be matched.

The entire article wasn’t agreed upon, but the gist is how some gimmicks you think are just destined to be bad, can actually work. This got the ol’ noodle going on my end. I went to the archives and started looking at tapes of some bad gimmicks and scoured the internet for some other good references. I determined that there was really three, maybe four, that really stood out to me that I’d love to get people into. 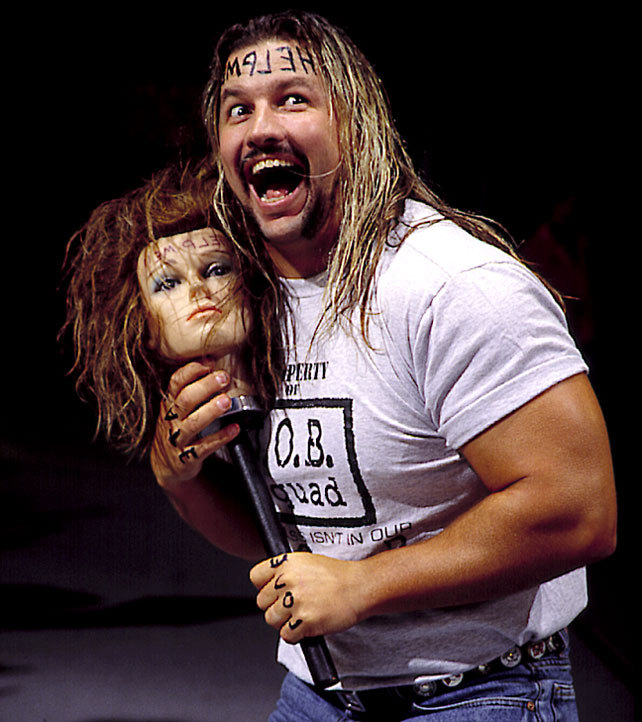 The first gimmick was owned by a master of bad gimmicks, and that is the one and only Al Snow. What does everybody want? HEAD!

Al was an amazing in-ring wrestler, but was just saddled with shitty gimmicks that no one could get over. Avatar, Leif Cassidy, Shinobi… good grief, just seeing some of these names pissed me off for Al’s sake. He goes to Extreme Championship Wrestling, talks to a mannequin head and boom you have solid gold on TV.

I’m not going to say this gimmick was the greatest of all time but the fact that Al Snow made this work so well was amazing. I was lucky enough to go to an ECW event and the crowd had all those foam heads and tossed them into the ring after the match was a spectacle. He didn’t have to be the best wrestler in the world because the connection with the fans through the mannequin was something to see.

Whether Al was with Mick Foley, Steve Blackman, or the Job Squad, he found a kindred spirit in Head and that brought him closer to the fans. There is no one in the world I can think of that could make that work nowadays but Al showed just how damn creative he was and like it or not it worked.

The second gimmick I just laughed at non-stop was The Broken Hardys.  DELETE! There is no logical way or reason this type of gimmick should have worked. It was so ridiculous it couldn’t work. But somehow Matt Hardy, Jeff Hardy… hell, even Reby Hardy, King Maxel and Senor Benjamin, and the Hardy Compound – which houses Mower of Lawn, Vanguard-1, Skarsguard and Scribe. This was a mess, but it was so entertaining you couldn’t stop watching.

The Final Deletion was so wildly popular it had millions of hits. Matt and Nero fighting was one thing. Add Decay to the mix and a babyface Broken Matt, and it went from one level of must-see TV to another level of greatness. Impact had something special, but man, did Matt and Jeff go all out to make sure the gimmick was steady and easy to follow.

When people see the Hardys and they start chanting DELETE, and /or making the delete wave, you know you have some special connection with the audience. And it never wavers. I was in a Target and walking down the toy aisle and a little girl had the Matt Hardy figure in her hand and was saying DELETE. To me, that shows just how powerful that gimmick emanated with the fans and always will.

Another seemingly bad gimmick that got the fans attention and worked was… Stand back, there’s a Hurricane coming through! Sugar Shane Helms transformation from WCW cruiserweight champ to next to nothing wrestler lost in the shuffle in the WWF to Superhero tag team champ and mentor. His signature catchphrase “What’s up wit dat?” got a hardy chuckle from the fans, but his banter and then in ring performance kept our attention. 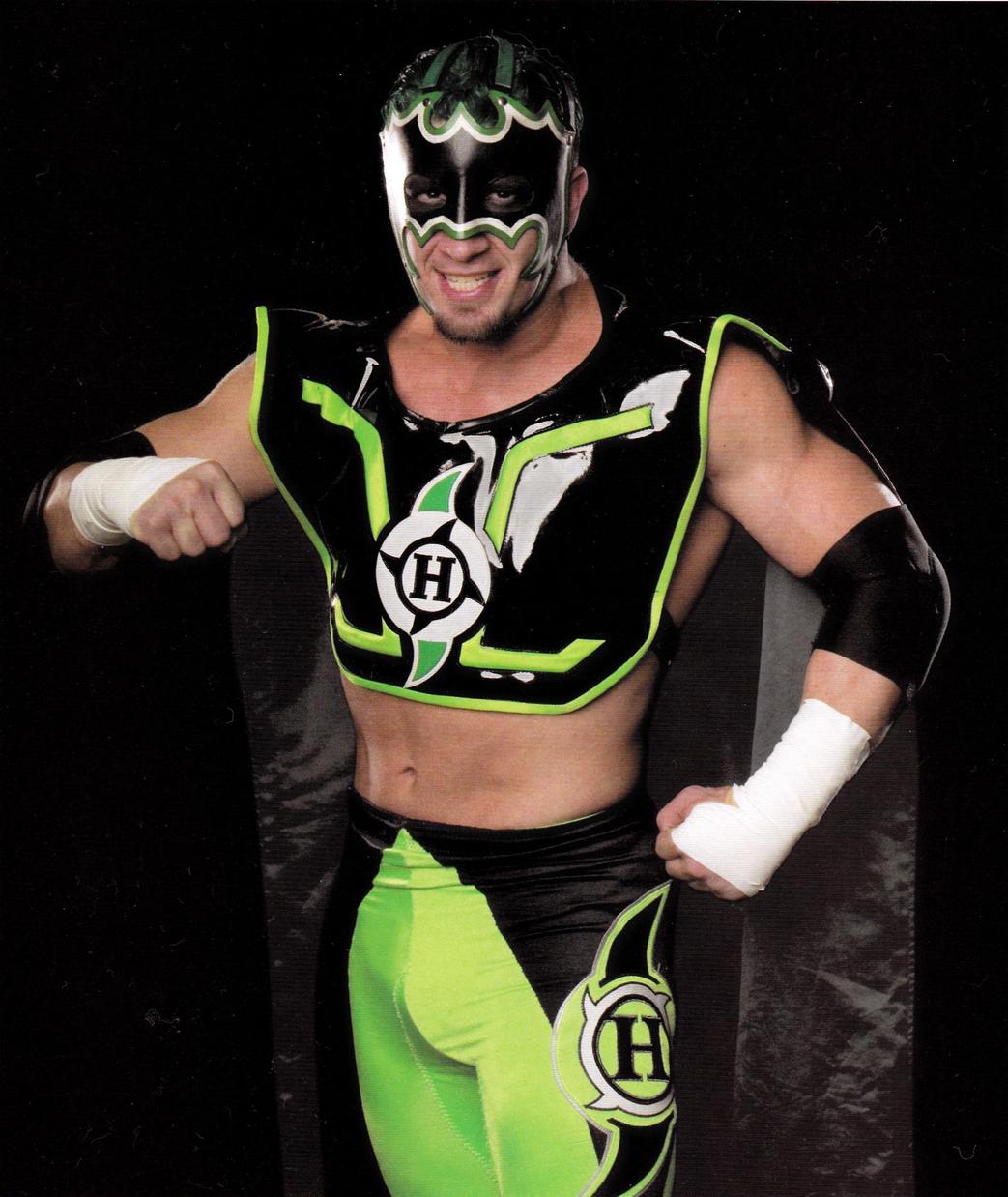 His feud with the Rock and exchanges on TV were nothing short of outstanding. And the Rock even gave the Hurricane a nice rub in one of his most important victories of all time. Any way you slice it Helms made a great connection with the fans that makes his gimmick one of the most memorable of all time. I mean who could forget the Super Hero In Training Rosie? Mighty Molly? All spawned because of the success of one Hurricane Helms.

But when we get to the great bad gimmick that worked and is still working and will stand the test of time it belongs to the Undertaker. When the Million Dollar Man introduced the Undertaker at the Survivor Series, there was a big grasp. Then he proceeded to almost single-handedly eliminate Dusty Rhodes, Bret Hart, Jim Heidhart and Koko B Ware he was off and running.

But here’s the catch people. The Undertaker was brought in to be a heel and the fans started cheering him. Even the WWF’s attempt to put him with Paul Bearer to keep him evil backfired. Taker’s rise over Hulkamania was short lived because of Flair and interference, but the undeniable fact was the fans didn’t want to boo the dead man they wanted more and more of him.

Finally, the WWF gave the fans what they wanted and turned ‘Taker and the rest is history. A lot of people even back in the day buzzed how the WWF lucked out with the Undertaker. I say, they didn’t luck out with Taker – WE lucked out that Mark Callaway embraced the gimmick, evolved the gimmick and took the fans on one of the greatest rides in wrestling history. For that we should all be thankful.

I get that I might have missed some bad gimmicks fans loved, but these are 4 of my favorites. And to me it was the wrestlers that made the gimmick, not the company.