One thing I could never understand about wrestling is why writers and producers and even owners are hell bent on recycling the same storylines over and over and over again. I mean for the first time in weeks, fans were hooting and hollering about Raw and Smackdown and the King of the Ring matches. And for good reason, we got solid wrestling the last two weeks. On the flip side…

We keep getting Shane McMahon and Kevin Owens the ol’, recycled abusing the ref, while stacking the odds against the enemy wrestler bucking authority. Didn’t we see this constantly with McMahon vs Austin? If KO vs Shane is the attempt for Austin vs McMahon II there are holes in the program before it starts. One problem is KO doesn’t need to be Austin. And the same with heel McMahon, Shane doesn’t need to nor can he be Vince. Even if Vince bestowed all his stock on Shane they are two vastly different people. But the writers are still going at it with this showdown. All we need for this feud is a new socko and KO hitting Shane in the head with a bedpan at this point (which will probably be happening next week on Smackdown now that it’s on paper)

We’ve been there, and we’ve seen this. It’s old and tiresome. It also gets lost in the shuffle is all great action that took place in the other matches, so why do it? KO is so over, but the WWE keeping him in this feud will tick off fans and cool his momentum. Didn’t these moron writers do the same damn thing to The Man right before Wrestlemania? Is Vince and his creative schmucks afraid a wrestler getting too over with the crowd? Jeez!

Here’s another issue on going with the WWE: They have so many titles, so many talented wrestlers, some being used or some not being used there has to be some fresh angles and with fresh material right?

Nope, nada… not happening. Instead, we get the ‘Recycled Storylines’, to the point we already know what’s going to happen next. 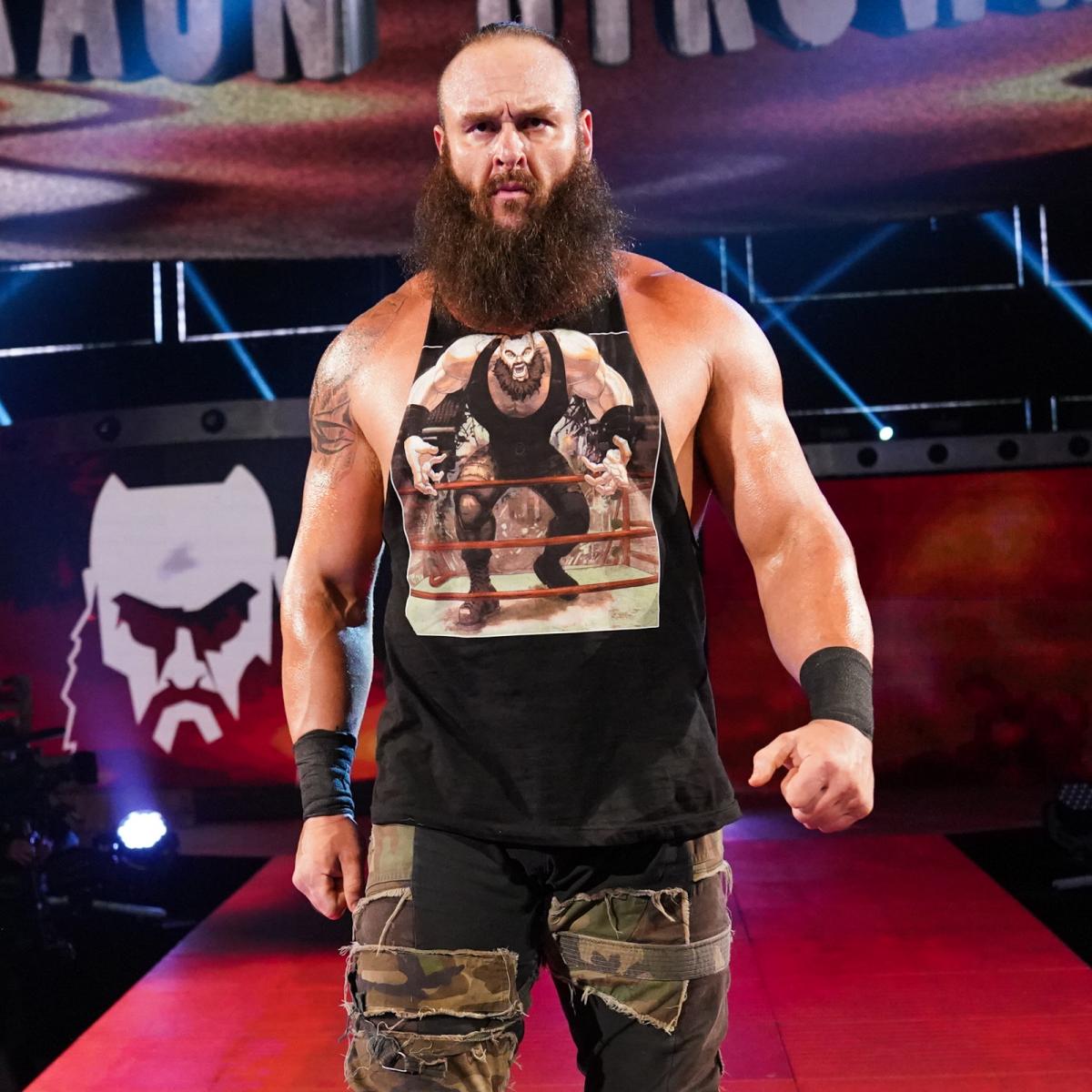 Rollins and Strowman – new tag team champs before meeting in a match. Where have we seen this before. Taker vs Austin, Dude Love and Austin, Michaels and Diesel…rehashed storyline decades apart, but still the same watered-down BS when you have 10 tag teams on Raw sitting there doing nothing. So why does the WWE think putting belts on two single wrestlers is the best way to go? I mean the best thing about this was the comedy of Strowman ignoring the Tag Belts (thought that only happened on the women’s side) for the Universal title. (Rollins should retain and then drop the belt to the Fiend at the next PPV)

The Orton and Kingston feud is having a similar problem right now. Samoa Joe and AJ Styles attacks on his family. How about the start of Samoa Joe and Dominic and Rey Misterio? Is the writing that dried up that this has taken place 3 times in a calendar year? Twice with the same wrestler? Come on Creative, get a damn clue here. Orton is a good heel that doesn’t need cheap assed heat. Yet let’s give him a half assed storyline that was previously seen right before Wrestlemania with Joe and Rey Rey. And here I thought Hollywood rebooting everything was bad. The WWE is in the same boat and up the creek without a paddle. (At this point as Orton would say this is just stupid, stupid, stupid)

Charlotte going for title reigns 10…9 wasn’t enough? If Charlotte is a true wrestling Queen she would put Bayley over because it would be better for business. But that would be lazy booking in the fact that a legend came back and put Charlotte over so putting the belt on Charlotte makes a ton of sense. The problem is, its also a turnoff to a lot of fans that want to see different women getting a chance and aren’t. (Liv Morgan… please save us!)

I was getting interested in seeing Rey with his son Dominic. But it lost a little luster because I was waiting to see if Dominic would bring back an old storyline and be a little like Uncle Eddie. You know pick up a chair hit the mat with it, toss it to an opponent and lay down. Oh shit, AJ Styles did that on Raw this week. But he doesn’t lie, cheat or steal. (Okay, he cheats we know that, play along with the Sheep) Throw that out the window bastards. AJ went old school Eddie before we can let the Misterio get there. (Rey comes out and challenges AJ and Dominic helps Rey out Eddie AJ)

This Sasha Banks return had a lot of people buzzing. I’m not sure why, but okay, she had people talking. Then they gave her a mic, oh brother. Talk about burying an already worthless belt, her dismantling of the Women’s Tag Team Titles was so bad that Judy Martin and Leilani Kai if they ever come back will deny holding those titles. And the fact that Vince thought it was a great idea to let her admit to taking her ball and going home. I beg to differ. (I have no time for someone that pouts over putting someone over and then in one promo destroys them)

The fans already were turning on her for his post Wrestlemania pissing and pouting. Adding the heat to her might be a great idea on paper, but Steve Austin did the same thing, and the fans still loved Stone Cold when her returned, but the pops weren’t as loud after his hiatus. Fans now generally want to see Becky pummel Sasha and Sasha disappear. Not sure that is the kind of heat a young wrestler wants or can bounce back from. But we shall see. Even if she beats Becky people will call her win tainted because it will look like the WWE gave her a belt to A. Get her back and B. Shut her up. (You make the call!)

And last but not in the least the good ole “Who Done It?” angle. I said it when this crap started with Roman Reigns if someone walks out ala Rikishi and says I did it for the Rock, I’m done with the WWE. But this one has been all over the map. Murphy see Rowan get beat up by Reigns. Murphy is a liar, beat Daniel Bryan after getting roughed up by Goat Faced Bully. Rowan as a twin? Who the hell knows? 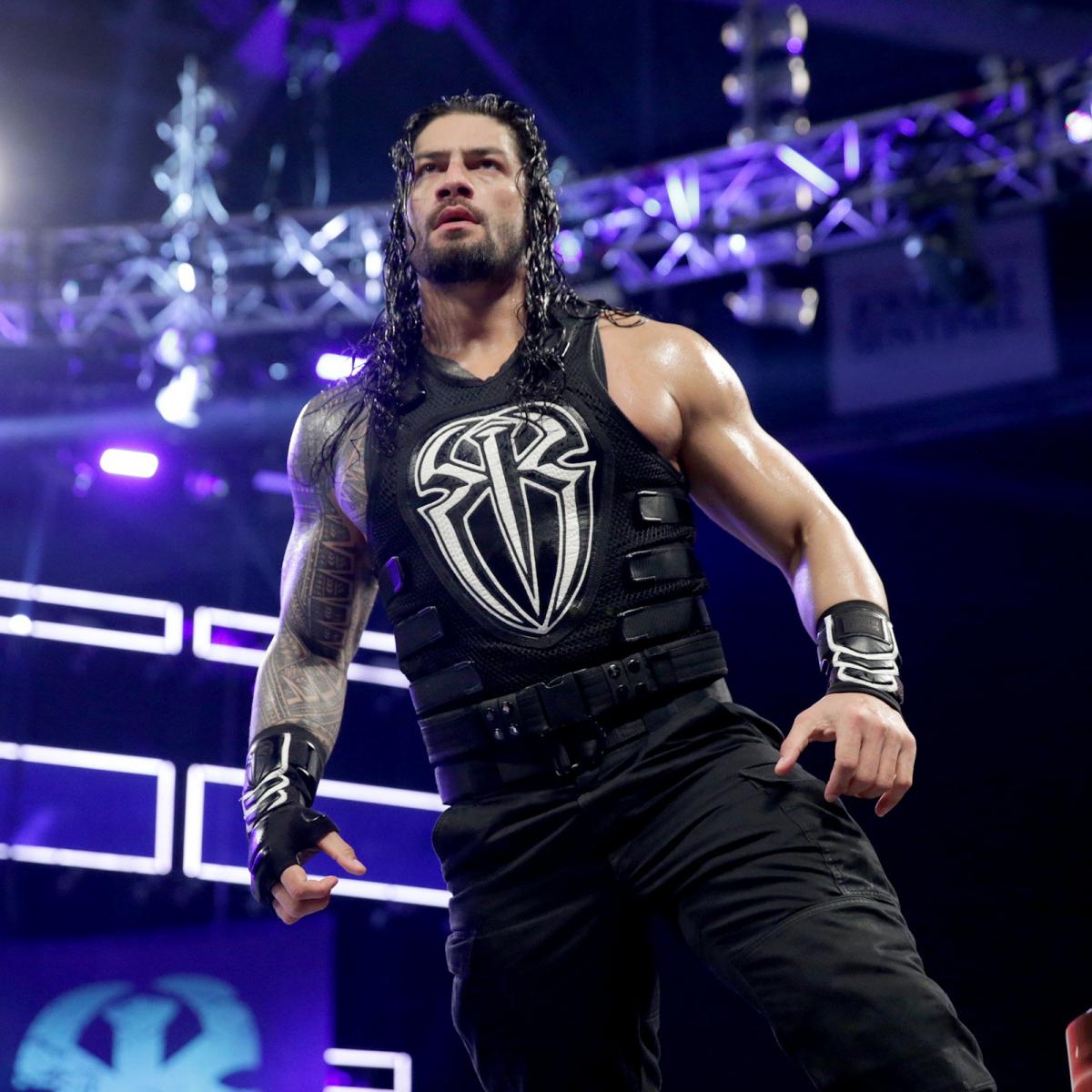 Every time the WWE tries this “Who Done It?” crap it gets watered down to the point you don’t care. Give us Daniel Bryan vs Reigns if you want. But drop this Erick Rowan storyline. It has gone no where week after week.

Much like the build to the Higher Power: The only thing that came out of that is Stephanie turning to Triple H to get revenge on her dad.

The best thing to come out or Reigns almost getting accidentally hurt is Buddy Murphy’s coming of age. (No longer the best kept secret because the secret is out)

Here’s the biggest problem I have with everything written above. The WWE is going to Fox shortly and they are leaning in with the same recycled crap. Is this really what they want to do with a TV company that dumped Firefly, Almost Human and other shows well before they should have? I don’t know but normally I’m a green person, but this type of recycling does the world no good.

Until next week… keep recycling, gang. As long as you aren’t for writing a wrestling show.