Every so often, when I scroll through Twitter after watching wrestling shows/events I see a lot of other fans I follow say the words, “I think…”.

For instance, I think Baron Corbin sucks. Or I think Impact will be closing shop soon. Or I think Rey Misterio should retire. Even, I think so-so doesn’t deserve to be a champion. Get it? Good.

As fans we all have opinions. We all see things differently. What one person might think is cool another might think it’s silly…like the Fiend. I thought there was no chance in hell the WWE would push Bray Wyatt correctly with this character. Damn was I wrong. Bray Wyatt isn’t a dummy by any stretch of the imagination. He is making that character into something the fans are craving. And trust me they want more.

With all that is going on in the wrestling world, I’d like to share some of my opinions. Before people get mad or excited, let me remind you these are just opinions, not prophecies that are the law. These are things I think can be good or they might be bad. Either way, I think this is worth the read. Continue at your own discretion. I think you’ll enjoy this.

I think that Impact! getting a deal on AXS is just as important as AEW getting on TNT. For years, everyone that isn’t an Impact! Fan has said they were dead in the water. Every time you think the plug will be pulled, Impact! has turned the lights back on. Well Anthem getting AXS and giving a slot to Impact! is huge. Why you may ask? Because people were debating how the WWE vs AEW would shape up and more importantly how the AEW women’s roster is better than the NXT women’s roster. Well, don’t look now but Impact! houses one of the best women’s roster of any promotion. I defy anyone to argue that with me. From Rosemary to Madison Rayne and Jordynne Grace to Tessa Blanchard these women are insanely talented in the ring and now with a more mainstream forum we will get to see it. I think a lot of wrestling fans will be pleasantly surprised. 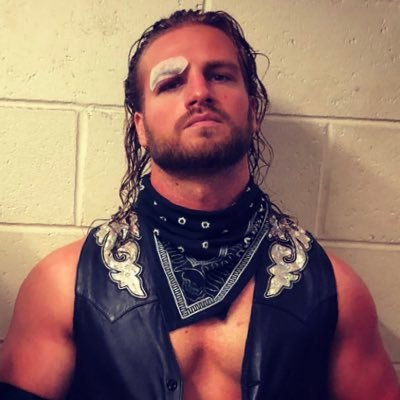 I also think AEW missed the boat by putting the belt on Chris Jericho and not Hangman Page. I’m probably in the minority here and I get Jericho is a name. Instead what ended up happening with Jericho getting the belt was that die-hard WWE fans, including my least favorite wrestler Baron Corbin, pointed out something very true. Jericho is 49 years old and fans are bitching about the WWE putting the belt on Lesnar at 42 years younger. It shows that promotions rely too on names and not the up and coming talents. As much as I hate to say it, even though I’m a Jericho fan, the right thing to do was to put over Page. Instead we are probably going to see this belt hot shot between former WWE wrestlers in AEW and that will just lead to more bitching about the promotion that wants to be better than the WWE.

I was thinking people comparing NXT to AEW are insane. NXT and AEW going head to head means more wrestling on Wednesday night. People thinking that AEW will slaughter NXT might be in for a shock. People that think NXT will walk all over AEW are going to be disappointed. This isn’t the Monday Night Wars people. This is two promotions getting a chance on cable TV to show their stuff. Enjoy it. People putting too much stake in who wins or how they will beat each other are completely missing the point. If ratings start playing into which show is better, people might just find their favorite on the short end of the stick so give both a chance before declaring a victor. I think judging before seeing is a bad concept.

I also don’t get how the WWE can do a King of the Ring tournament and think not have the finals air on a PPV is a good idea? I get Vince’s backwards assed logic of wanting something people will tune into Monday Night because of Football, come on. Gable, the underdog, against Corbin, the most over pushed wrestler in recent memory. Do you honestly think this is going to make people change the channel from MNF to the Raw? I think not. It’s Vince’s wet dream that he will have a main event match that will overpower the NFL juggernaut. If he wanted that we would have gotten Andrade against Ricochet or title unification match between Raw and Smackdown. Lord knows he blew his wad with Austin and Taker both being on this past week and the ratings still sliding faster than Fox canceling a show with a strong cult following that is up and coming. I think the WWE is missing the boat. 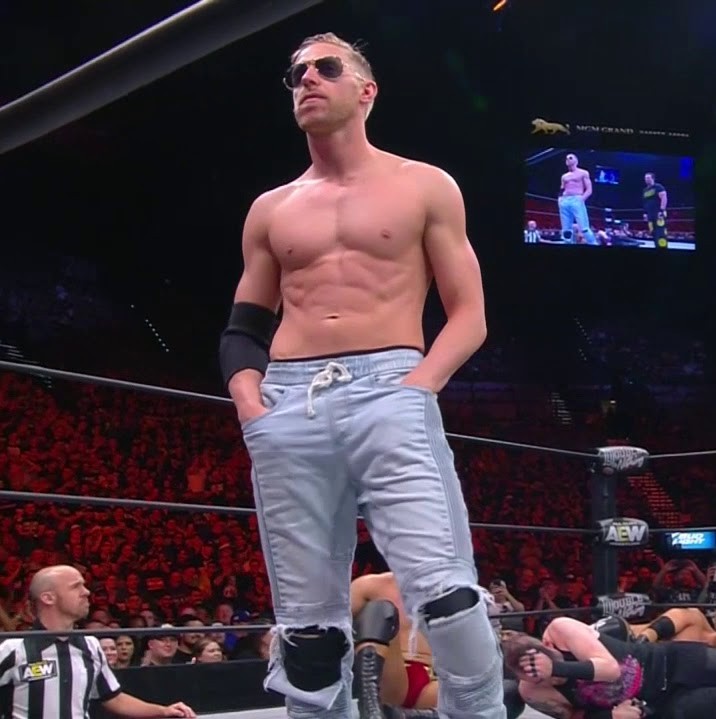 I don’t get the Orange Cassidy schtick?

Our own Ryan K Boman was criticized for his opinion of Cassidy. Well, I think the gimmick is ridiculous. Sorry folks — a slow kicking, half-assed chopping, hand in pockets, slow motion BS, wrestler does NOT entertain me in the slightest.

I want to see guys flying all over, and telling a story in the ring on why they are feuding or wrestling. I don’t want a one hit wonder wearing sunglasses and acting like a slow-motion boy band reject in stretch skinny jeans on my TV. It just doesn’t scream wrestling and he shouldn’t be stealing precious TV or PPV time from an actual wrestler. Again, that is my opinion and if people don’t like it, so be it. I wouldn’t pay money to see Cassidy and think if this is the best Orange or AEW can do Prime Time TV stations have nothing to worry about on Wednesday Nights when they hit the air this fall. I think people get the point.

I truly think Rhea Ripley is the future of WWE Women’s wrestling. She’s just got a chance on NXT to face Shayna Baszler and let me tell you something folks, this girl has the “IT” factor. She’s strong, athletic as hell, can take a good bump, sell the hell out of a move and can cut a solid promo. She also has this rock star look that fans are gravitating to if you listen to the NXT crowd. Go back to her WWE debut in the Mae Young Inaugural tournament to her growing into the NXT UK Women’s Champ, Rhea pound for pound is showing she could very well be a thorn in the side of several women’s champions anywhere in the WWE. So, depending on where the WWE ends up putting her, the more you see her the more you will notice she can easily be a big star in NXT, NXT UK, Raw, or Smackdown. It will be how they book her and what they let her do in the ring that will tell the real story. Here’s to hoping the WWE let’s Rhea be unleashed in the ring like she was this Wednesday on NXT.  I think she can be the next big thing.

I think the WWE should just get rid of the Cruiserweights and let these men wrestle. If they can entertain fans, like a lot of them do, then just put them on Raw or Smackdown and use them correctly for a change. Look at what Ali, Alexander, Murphy all have shown since being moved from 205 Live to Raw and Smackdown. They have so much in ring potential it isn’t even funny. The key to their success is using them properly and getting them over with the crowd. Something the WWE has failed at twice with both the Lightweights, cruiserweights and now 205 Live. This is not on the wrestlers either. The talent is there. The in-ring ability is there. The moves are most certainly there. The lack of good PPV time and exposure has hurt 205 Live and the talent on the show. Moving the 205 Live talent to NXT or NXT UK is the right move. I think it will benefit a lot of misused talent in the long run and give them the audience love they so richly deserve. I think they will surprise people.

I think the next several weeks of new Wrestling programs on TV is going to be an exciting time for wrestling fans all over. But I also think this column has come to an end. I think everyone should have a great weekend and until next time keep the debates clean and opinions flowing.