Why do I say ‘never ending’? Because this WWE drafting wrestlers to specific show is a smoke and mirrors game with Vince McMahon and his corporate sponsors. Fox wants Reigns, Fox got Reigns. USA wants Rollins, USA keeps Rollins. There has got to be a balance. But the joke is on us. Yes, people buying into this charade of the WWE puppetry.

Let me throw all decorum out the window for this read.

This week, I’ve read more politicized BS about the upcoming WWE draft than I hear about an NFL, NHL, NBA or MLB draft. The WWE and Fox – along with USA – wants this to have a real sports draft feel. Herein lies one of the biggest jokes in the world. For years, Vincent Kennedy McMahon has pressured people into stop calling wrestling a sport because to him this is Sports Entertainment. Now because of his deal with Fox, it’s becoming a sport again. Please!

Real sports don’t telegraph which athlete will be going to which team in a draft – outside of a sure thing, 1st pick in the draft. You know with the truest of blue chippers that, whoever gets the top choice, they are selecting them before the draft even begins. Like the winner of the Zion Williamson sweepstakes in the NBA this year. 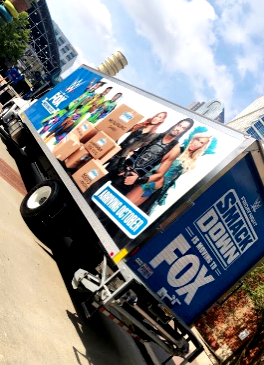 Here’s where the good ol’ WWE dropped the damn ball with their newest partner, Fox.

Check out the Truck.

See the New Day? See Roman Reigns and Charlotte Flair? All of them are on Smackdown, so representing Fox makes sense.

See Raw Women’s Champion Becky Lynch? Promoting a Raw USA star on a Fox show seems a little confusing doesn’t it? This turned into a bad game of Where’s Waldo or What Doesn’t Belong?

Without a draft, is Becky heading to Smackdown with the Raw belt? Worst kept secret ever. Please tell me again how this is a legitimate draft? When Raw stars were all over the Fox product without this draft? I’ve said it time and time again: The WWE writers are either stupid of down right God-Damn Lazy! And Vince is so out of touch, that he can’t stop the leaks of his new 5 billion-dollar backer.

The other big problem right now is that the WWE wants the Fox Execs and USA Execs to make the draft picks. This should be the most entertaining part of the draft. Can you see these big wigs botching wrestler’s names or calling them by their real names by accident? That should be a hoot! Not that the WWE scripts have been funny lately, but writing the names for these people that might not be big wrestling fans should be entertaining.

Here’s the flip side, too. All I keep hearing about is how Paul Heyman wants certain wrestlers on Raw with him. Again, if this is a legitimate draft, why would Heyman get a say? It’s it supposed to be creative’s decision on who should go where to benefit the product in the best possible way? Does that mean Eric Bischoff doesn’t have a say? No, Fox is dishing out the most money here, so they will get the first pick. They will get the people they want. Heyman should get some of the guys he wants as Heyman Guys and Heyman Girls, but he is in almost no position to say what he gets because he isn’t dishing out the money these TV execs are to get the show on their station. 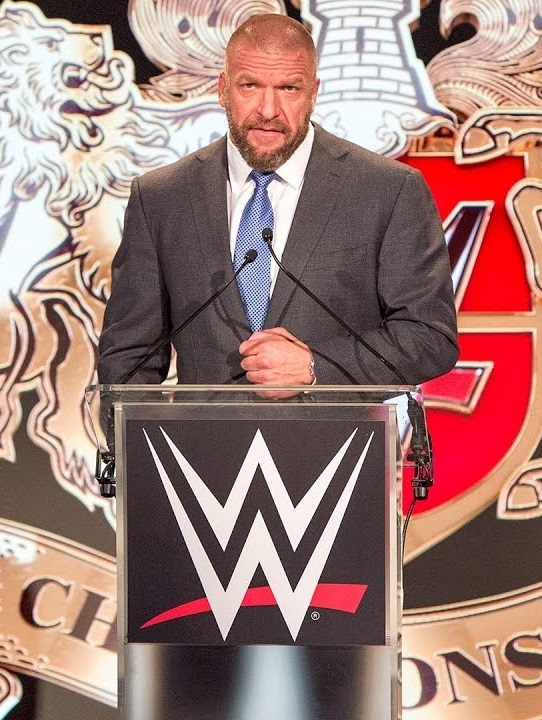 Now here’s the fun part. If the WWE had any damn common sense (…which we know they don’t), they will do this with their talent. Smackdown named star power to draw people to Fox.

Raw up-and-comers that can build chemistry with some veterans that put the younger talent over and USA gets better wrestling and action or a more cohesive show.

NXT? Leave it alone for Triple H, and when talent is ready to come-up, they should head to Raw. You know… a company that shows a good flow.

If they struggle getting this right, Fox probably won’t wait to move Smackdown from prime time, network TV to Fox Sports Net cable. If USA struggles, I can see them bolting on Vince much like they did when Vince had to jump to TNN/Spike TV. NXT if it struggles a little bit they always have the Network to return to with a loyal following. Not that USA should be disappointed with the first couple of shows. Yeah, AEW beat them. But as much as AEW loves this, remember it was their own talent claiming they were beating undercard wrestlers, which means the WWE is getting the last laugh here. Sucks to shoot your mouth off and put your company in a corner.

Now we play wait and see. Who is going where and why? All I can say is if this draft backfires on Vince, there better not be a Wild Card rule in his back pocket. Because that singlehandedly made this a never-ending draft… Well, never-ending and senseless.

Until next week, have a great weekend!