It takes a special kind of something to make wrestling fans buzz nowadays. Someone pulling off an incredibly insane bump. A feud where the storylines tells a compelling story. An athletic newcomer that takes the crowds breath away. And my favorite a shocking turn that leaves the crowd stunned and silenced.

Finn Balor’s return to NXT was crazy enough because everyone under the sun had him pegged for a reunion as a heel with the OC. Instead he hits the ring with Johnny Gargano and Tommaso Ciampa to face off with the Undisputed Era and bang, we have an amazing heel turn with one Pele’ kick to the head of Gargano. The look on Balor’s face was brilliant. The interviews after the actions were perfect. The Prince is indeed back.

But why did this go so perfectly? Maybe it’s because Vince isn’t involved? Is Balor that smooth that he made this switch this flawlessly? Was the crowd that caught off guard that their reactions sold this turn? It’s a combination of a lot of things with a bottom line that it worked.

That got me to thinking about all the turns that the WWE has had in recent memories that failed miserably. There are too many to list. What about the best turns of all time in wrestling? Now we’re talking. I remember one of the first times a wrestler went from a baby face to a heel on my TV and that was Mr. Wonderful Paul Orndorff against Hulk Hogan.

What made that memorable to me was Gorilla Monsoon calling it a Peal Harbor job. Why? Anyone that knows the history behind Pearl Harbor knows how impactful that was on the United States. It was a hard-hitting line that Monsoon used to perfection, and it stuck. It might not have been the cleanest turns but it was what got me hooked on how a story can be altered by a wrestler that becomes bad.

There have been so many great turns, but I’m going to stick to my favorite 5 turns that impacted a promotion, the fans and the wrestlers.

Anyone watching Bash at Beach 1996. The Outsiders vs WCW. What looked like 2 on 3 until Hulk Hogan made his way to the ring to save WCW was ultimately the best heel turn in WCW history. Hogan winks at Hall and Nash and drops the leg on Macho Man Savage. This was amazing because the boos, the crowd reaction, the liter all over the ring as Mean Gene tried to interview Hogan, Hall and Nash was utterly earth shattering.

The father of Hulkamania was turning his back on the fans and starting a faction that would grow to try and take over the wrestling world. And it did. The NWO took the wrestling world and industry by storm. Hollywood Hogan’s decent from biggest face in wrestling to the most-evil heel will live in infamy forever as one of the greatest turns in wrestling history.

Going a little old school for this second memory. Larry Zybszko leaving “The Living Legend” Bruno Sammartino in a pool of his own blood. This was the master and student turn heard around the wrestling world. Zybszko’s action in Allentown, PA were so heinous that he was causing riots, getting death threats, and even was stabbed by an angry mob! If that isn’t generating great heel heat I don’t know what is?

All Zybszko wanted was to shed his protégé status from Bruno who trained Larry and the fans who he felt were belittling. When it was time for the turn Larry hit Sammartino with a wooden chair and Sammartino was a bloody damn mess. This was well before unprotected head shots and CTE were a major concern. Zybszko will easily go down as one of the greatest heels but also as having one of the best turns in the business of all time. This was a masterful turn. 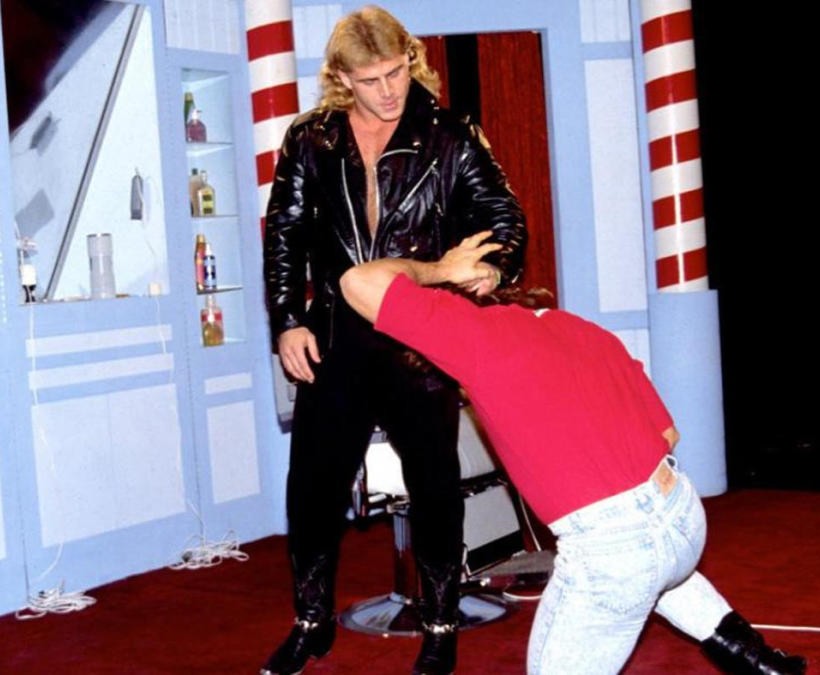 It seems when wrestling gets in a rut, there is always a tag team to break up. I believe it became more fashionable after a little show called the Barber Shop. For months it seemed like the team of The (Midnight) Rockers were having problems as Shawn Michaels and Marty Jannetty didn’t see to be on the same page.

Bobby “The Brain” Heenan kept fueling the fire with his color commentating while the two men had tag matches on TV week after week. Finally trying to put the rumors to rest Michaels and Jannetty joined Brutus “The Barber” Beefcake on his show. Marty and Shawn shock hands as Brutus left the set and out of nowhere Michaels superkick Jannetty and then launched him face first into the Barber Shop window leaving Jannetty bleeding all over.

Brutus came back in to check on Jannetty and his face told the story with his shocked look. Michaels ripping up the WWF magazine that had the Rockers tension as the featured story just made the moment even more perfect. Michaels ascending the WWE ladder all the way to the top and Jannetty fell hard and never seemed to regain his footing. One man’s turn was his own fortune.

Never trust the Four Horseman. The leaders of the pack in NWA will always be Ric Flair and the Horseman. No one will ever classify Flair as a baby face, nor should they. They have had some many additional Horsemen that didn’t pan out it isn’t even funny. But one of the best was them kicking Sting out of the group.

Terry Funk was conducting the interview in the ring and Ole Anderson, Arn Anderson and Flair unleashed hell on Sting. At one-point Flair was screaming at Sting and told him wise up and get out of the business. This was photo-typical Horsemen who had that revolving door of members, but Sting’s exile from the group still stands the test of time and is one of the best ousting of all time.

The last turn that always sticks in my mind when people talk about great turns is Andre the Giant. I remember watching Andre and his endless feud with the Heenan Family. Whether it was Studd, Patera, Orndorff, it didn’t matter. It seemed like Bobby Heenan had someone to make Andre’s life miserable at every turn. Then one Saturday morning Hogan and Andre confronted each other with Jesse “The Body” Ventura and Roddy Piper on Piper’s Pit with Bobby at Andre’s side. 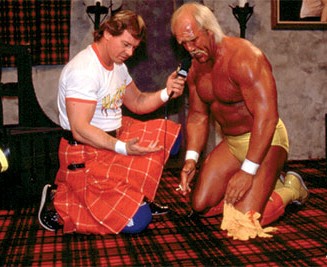 Andre ripping the necklace off Hogan and challenging him to a WWF World Title match at Wrestlemania 3 left a lot of stunned fans silent. Heenan was now Andre’s manager? Why Andre why? But this build was compelling story telling. Andre was looked past over and over and never got a run with the belt up to that point. The planets aligned perfectly for the WWF with these two and this was truly a passing of the torch from Andre to Hogan, albeit the best turn on WWF TV at that point and really any point.

Now I’m not ready to dub Balor’s turn as one of the greatest first we have to see where it leads. It was refreshing seeing a classic turn done in solid fashion. Hopefully other promotions and Vince were watching because there is nothing wrong with the classics, especially the classic turns that captivate the audience and make them keep coming back for more.

Until next time. Stay warm, and have a great weekend.