The ratings war got real this Wednesday Night.

NXT has been the beneficiaries of the Crown Jewel debacle, and the WWE stunningly shitty shows, to come in and steal the spotlight in wrestling. Don’t get me wrong they got the rub from several high-end performers like Daniel Bryan, the Miz and The Man, but it isn’t like wrestlers like Adam Cole necessarily needed a rub. Cole has proven, week in and week out, that he’s a big dog in the wrestling business and that he is a dog can hunt with the best of them.

The one thing I will praise the WWE for, instead of my usual bashing, is that the have made the NXT brand look powerful both on Smackdown and on Raw.  The time the wrestlers got on the flagship shows was just enough to not only introduce them but also got them positioned to show what they can do when the spotlight was on them. Not an easy thing to do in the WWE, just ask Liv Morgan. 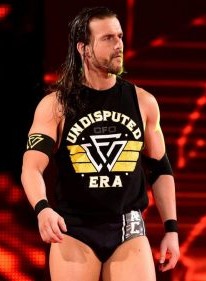 NXT also came into Raw and Smackdown with a ton of attitude and an edge. Both defining characteristics of Triple H the leader and the mastermind behind the black and gold brand. NXT wasn’t coming to play in the WWE, they were here to take over. Similar to DX going to WCW’s back yard, and taking a dump in it.

When NXT took center stage at Smackdown the crowd embraced them with lively chants and cheers. This was a big wake-up call to Vince and the WWE creative teams. Fans were not booing the attacks or even some of the heel tactics, they were backing the NXT talent in WWE arenas. I’m sure Vince expected some type of reactions from the fans, but not the overpowering hooting and hollering that he hasn’t heard from a live WWE audience in a long time.

Let’s face the facts here: NXT has a ton of talent on their roster. Anyone watching the shows before this invasion knows just how good their matches have been with Keith Lee and Dominic Djokovic, the women’s division, Roderick Strong defending his North American title, or the cruiserweight showdowns. NXT is not showing minor league training wrestling with basic moves. They are going all out to show fans they believe they are the “Main Roster” in the WWE.

It’s a far stretch however to believe NXT is the main roster. Consider that every wrestling fan under the sun knows NXT was started as a feeder promotion – Somewhere for the wrestlers to perfect their crafts, before they are bought up to Raw or Smackdown and catch the big paydays. But the way NXT matches go, how they cut promos and show little to no fear compare to their Raw and Smackdown brethren has been a breath of fresh air.

One of the most powerful moments during this NXT invasion wasn’t in the ring. It was Shayna Baszler interrupting an interview by Charly Caruso with “The Man” Becky Lynch and telling the world “She is not Ronda Rousey.” The exchange was intense without any physical interaction and shows Baszler in another light. Again edge, attitude and fearless have NXT garnering the spotlight and being the buzz of the wrestling communities. The Queen of Spades went into The Man’s backyard and came out smelling like a rose. 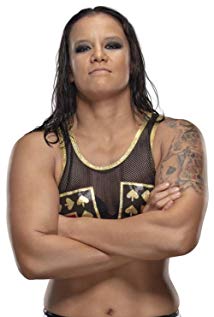 Tommaso Ciampa not only challenged the Miz to a battle as the number-one, “must see performer”, then teaming with Matt Riddle and Keith Lee to face off against the OC. The wins and losses aren’t that big; Ciampa going toe to toe with some of the most established wrestlers of the past decade was impressive.

The fact that he came back from a neck injury as quickly as he did and was able to get in the ring with the likes of AJ Styles is nothing less than miracle and to perform at that high of a level was amazing. For a “minor” leaguer, Ciampa sure as hell didn’t look like a rookie trying to earn his stripes. He looked like Robin Yount in his prime crushing the ball over the fence.

While Raw and Smackdown benefitted from fresh blood and new faces that NXT unleashed, the higher ups might want to pay attention. A big chunk of the current WWE rosters went through NXT to get to the top shows and now NXT is slowly and steadily showing that they aren’t just a feeder league. They are hungry and want the wrestling industry with the fans talking about them like they are truly the top dogs in the fight especially on Wednesday Nights.

Having veterans like the OC head to Full Sail and appear was a nice boost for the ratings and closed the gap on AEW. The thing is the WWE needs to keep the pressure on AEW while not turning NXT into Raw or Smackdown lite. I don’t see that coming especially because the interaction between AJ Styles and Finn Balor with the Bullet Club reference which was a ballsy step for any WWE program.

All I ask from the WWE is don’t drop the ball on this storyline and bury NXT like they did to Smackdown last year at the Survivor Series. Find a good balance because NXT being neck and neck is truly what’s best for business.