So, people bitched and complained when the WWE went completely PG and eliminated a lot of what made it popular with TLC matches, Last Man Standing matches. (And good Hell in a Cell matches… that didn’t end in DQ’s and no contests.)

Now, AEW has brought back unsanctioned matches and the fans have mixed feelings about it. If you didn’t like AEW’s hardcore matches, then you’re a “pussy”. If you liked it, and think it was the greatest hardcore match of all time, you are living in your own world.

People calling Kenny Omega vs Jon Moxley the greatest match are just downright insane. Was it good? Yes. Was it violent? I’ve seen a lot worse between Cactus Jack and Terry Funk, but it was pretty violent. Was it compelling? Depends on what AEW was trying to prove with the match. Most hardcore feuds are done to tell a story of two men or women that hate each other over a long period of time, and can’t resolve the conflict any other way.

I’m sorry, but Omega and Moxley had a 4-to-5 month build with Moxley attacking Omega after a loss to Jericho. All that really went unanswered because of injuries and other conflicts, until this past Saturday.

Some people said this was done to make Omega look ‘tougher’. Other people think Moxley is just bringing out his real self. No offense, if I want to see old Moxley, I’ll pop in CZW discs and watch his old stuff. Its not dissimilar to his AEW stuff, but it isn’t new either. What’s the mystique of this, if it’s all he knows in the squared circle? 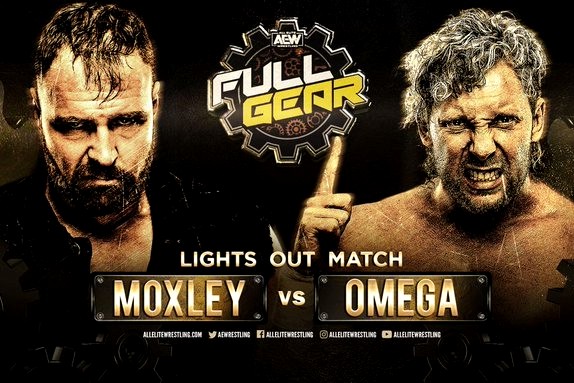 The props that were brought out are typical for hardcore matches. Some were better than others, but mousetraps? What the hell? Am I going back to the Atari days to play a came called Mouse Trap?

I get the element of surprise, but mousetraps is the best AEW can go with a billionaire’s money? A spiderweb of barbed wire? Inventive I admit… but again, a little over the top for a company whose owner keeps telling people AEW is different from past brands.

Speaking of their owner, Tony Khan said AEW won’t be like ECW or WCW. He has said it numerous times in interviews: They want to bring the audience something different.

Sorry Tony, but you really could’ve fooled me. A lot of spots were very similar to actions and stunts I’ve seen in ECW in 1995-2000. And other such brands as CZW. Speaking of ECW, AEW might learn a thing or two if they paid attention to them before the WWE swallowed the true promotion up and made it a joke.

Building a brutal feud that needs to have an unsanctioned match look no further than Raven and Tommy Dreamer. Arguably the best hardcore feud of all time. The storylines never really ended and kept fans on the edge of their seats. When you thought Dreamer had Raven pegged, Raven changed the narrative. When you thought Dreamer was going to get that elusive W, Raven pulled more tricks out of the bag.

Yes, Moxley and Omega had several tricks and stunts, but again… the story telling wasn’t as intriguing as it could have been with a longer build and a better payoff for both men. Omega snapping was a nice twist, but what was the purpose of this feud, again? To push the Cleaner to his limits, or to make Moxley seem as unhinged as possible? I’m not sure what the answer is, but I’ve seen things almost identical in ECW with the Dudley’s, Mahoney, Axl Rotten, and a host of others. 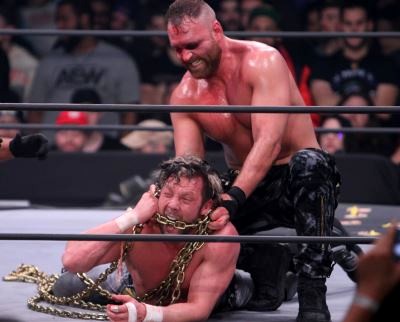 Any time Barbed wire is brought out, things are going to get dicey. But it was done in a manner that wasn’t as clean cut. If barbed wire catches the skin with any one of the blades or spikes you get ripped open. There were several shots where that didn’t happen so it takes the belief of using such a weapon out of the mix. Look at Sabu and Terry Funk. Sabu sliced his bicep open so bad he had to tape it shut mid match. And the end we had several wrestlers cutting those two out of the barbed wire entanglement, bleeding all over the place.

I get both Moxley and Omega were bloodied up by certain shots and with certain tools, and violence in such a match should be expected… but, what was the purposes of Moxley’s second unsanctioned match? Is this what Jon wants to be regulated to and known for? Omega is one of the best wrestlers in the world, they did get to showcase some of his skills, but to me not enough. He’s far too talented to be in this type of altercation and match in my opinion.

Please don’t put words in my mouth either here. The WWE and Raw right now are hinging their ratings on a real-life couple cheating on each other and NXT interference to liven their show. So, don’t call me a fan boy. There is plenty wrong with the WWE compared to AEW too. But I’m talking about the overreaction to a solid match being called the greatest of all time. That’s like saying Undertaker vs Mankind was the greatest match of all time in Hell in a Cell. Most shocking maybe, but greatest, hell no.

Another example of something WWE and AEW fans won’t see eye to eye on is Cody vs Jericho. It was the best match of the night, hands down. MJF turning on Cody was coming it was only a matter of time, but right away AEW fans shoot that this was the greatest heel turn of all time. Another uneducated statement that can be debunked with a couple names. Hollywood Hogan, Shawn Michaels, Sgt Slaughter, the list goes on and one. Was it done correctly and perfectly timed, I think so, but the greatest of all time? 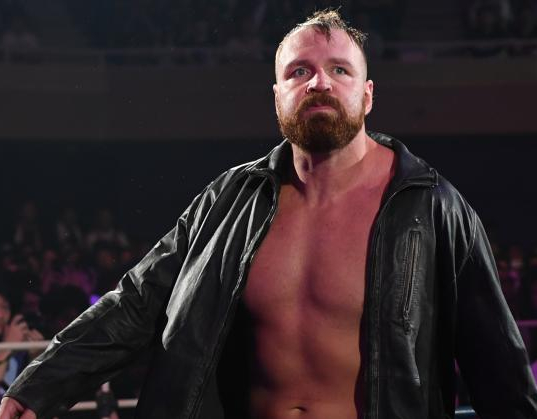 For months, people have been talking about MJF being this great heel, so how was his turn on Cody the “greatest heel” turn of all time? Before shooting the mouth off you should know what is said before it happens. MJF is a star and will ascend the card even quicker now. But if people didn’t know he was a heel or this turning on Cody was coming they weren’t paying attention at all. And I can’t fix wrestling fans ADD tendencies.

AEW is making big strides. But there are still things that need to be worked on. Especially their women’s division which I’ve repeated time and time again is not getting the exposure and the time needed on TV to get over with the casual crowds. And this is not for lack of talent with these women. But here’s the truth bomb.

Look at the quarterly breakdowns for the WWE who are also struggling with their ratings. Look at gains and who is gaining when on TV and it’s the WWE and NXT women! The first NXT segment to beat AEW last week for the first time in their head to head match up was none other than Taynara Conti vs Santana Garrett. Shayna Baszler and Dakota Kai picked up a nice gain too on AEW after the men were on.

If AEW wants to compete with the WWE on ever level, they need to get their women more involved, and get these women’s names out there. Ford, Baker, Kong, Rhodes, Allie, on down the line… AEW needs to work on combating the fact that the NXT women are making people tune in. Especiall in comparison to their own, ‘name’ stars.

People are going to be pissed about these comments, but have at it.

I’ve watched a lot of ECW and other promotions in the day and saw some weird, inventive and crazy assed shit. I wouldn’t piss on those men and women that did a lot of these types of matches like Bubba Ray, D-Von, Dreamer, Raven, Sabu, RVD, Rhyno, Justin Credible, Lance Storm, and others. Omega and Moxley had cool moments and had a solid match, but greatest of all time? Not even close.

Mark Mahler is a freelance writer and the former Editor in Chief of Absolute Wrestling.
Follow him on Twitter @MGoose37