Did you ever wonder why some professional wrestlers act like douche bags?

These wrestlers chose going into a profession that caters to being athletic and entertaining people across the world. Yet, when it comes to fans and their opinions some of these “so-called entertainers” try to dish out, counter the arguments, but when the stove gets HOT they run for management with their grievances.

If the talent is already unhappy with their spot within the company, they run to Twitter to ask for their release. Like its making a grand statement.

Where has the professionalism gone in professional wrestling? Social media is the medium when used correctly, but still doesn’t make it right.

Don’t get read into this too much. I get that some fans go over the line and deserve the smack down wrestlers give them back. But a lot of times, they don’t. If a wrestler doesn’t have thick skin, they chose the wrong damn business to get into. Especially when fans pick who they like and who they hate. Remember Face vs Heel, Heel vs Face, Tweener, on down the line.

What really pisses me off is when wrestlers act like they are the greatest gift to the industry and haven’t done a damn thing to back it up. What’s their defense for being a prick if someone calls them on it? I’ll tell you because I’ve read extremes of it a couple times over the last couple months from two different types of classless asshats.

“I make a ton of money.” And “let’s compare bank accounts.” One apologized for the comments made, the other ran and threw a temper tantrum.

How is that a good defense for being a dickhead? A fan comes at you and you want to wag your proverbial dick at them because you make money? Classy as hell man.

It’s Mother Goose’s Story time at TheGorillaPosition.com . I was lucky enough to meet Mayor Kane in Buffalo Grove, IL at an autograph signing – way back in 1999. At this point in his career, Kane didn’t talk. But he did tell us a secret that I’m sure his peers wouldn’t be happy about. A handful of us met him before the signing started, and he told us where the wrestlers were working out. 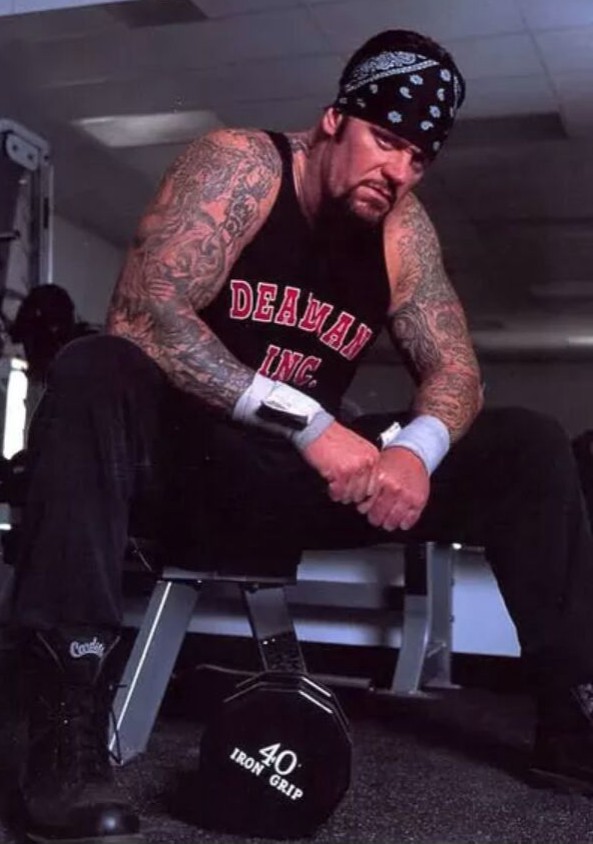 A couple of us jumped in our cars and headed to the gym. When we got to this gym X-Pac, Road Dogg, Jeff Jarrett, Debra, D Lo, The Undertaker, The Godfather, Chyna and Triple H were finishing up and coming out. Now here’s the thing. Let them finish their workout before even attempting to bother them. It’s called being polite after all these are people too who are just trying to get in a workout before they go to work for the evening.

As they were finishing up their workouts they came over to the crowd and started talking and signing autographs. Everyone was cool as hell. Taker doesn’t personally or inscribe anything so asking him is fruitless. Why people did that is beyond me, but he still was nice to everyone. Chyna and X-Pac were the best with the crowd along with Road Dogg. Godfather and D Lo sort of quiet, but still signed things.

Here’s my personal problem that I saw happen first-hand. Triple H. There was a 10-year old kid that literally didn’t want anything to do with anyone else. He waited patiently for The Game to come out and sign his Triple H 8×10. What happened floored the hell out of me.

Triple H tore this kid’s picture up and told everyone he didn’t like being bothered when he was working out.

At the time I was in my 20’s, and I was just stunned. What in the hell just happened? The crowd sort of dispersed after that happened. Someone who shall remain nameless gave the kid a signed Kane picture from the signing earlier… ‘The Casual Good Guy’.

But here’s what sticks in my craw. Here was a WWF superstar, and he wouldn’t break character for a kid. I get Triple H might have changed now, but to this day I have little to no respect for that action at all. That a complete and utter dickweed move on his part. Now that he has his own kid’s I’m sure he wouldn’t shun someone because his kids might look up to someone and hope that never happens to them.

Can you imagine if we had Twitter back then how fast this would have buried the hell out of Triple H? Especially because at the time he was not a McMahon? 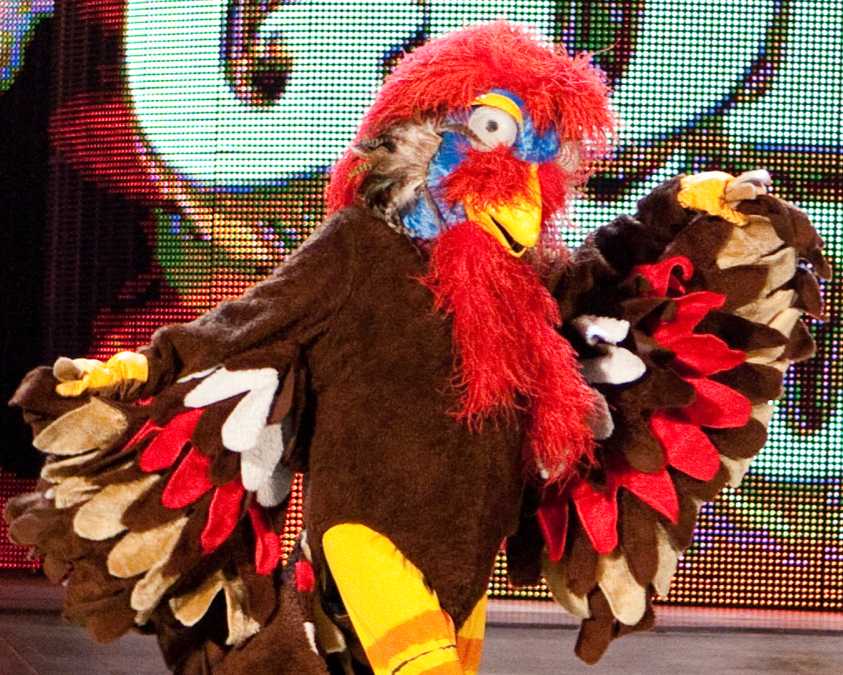 Fans will attack virtually anything and everything they can. I speak from experience. Just ask Queen Snoring Corbin. That worthless piece of garbage just will never get my approval because he’s not entertaining to me. Neither will another wrestler who I shall not name and for the sake of this story we will call “Said Wrestler”.

I have lived through Sheepherders and Bushwhackers, Mounties and Quebecers, Booger’s and Gobbly Gooker’s, Bikini Matches, Vince making Trish bark like a dog, Katie Vick. David Arquette holding the WCW heavyweight belt, and other asinine storylines and gimmicks. I just don’t find a guy and tries to get other guys to grab his junk or promoting his lack of manhood (IMHO) funny or entertaining.

Sorry, not my cup of tea.

He sure likes to try and dish it out, but man when it comes to people calling “Said Wrestler” out he is quick to block and get defensive. Which brings me to my next point which I’m sure some people will not like, but when you bring in the money in your own mind don’t talk about it like it makes you a big man, it just shows your lack of integrity and testicular fortitude.

Let’s test that theory. If you search google for wrestler’s net worth, the vast majority of wrestling net worth show. But when “Said Wrestler’s” name is typed in, Google laughs at you. It doesn’t show.  If you were raking in “a ton of money” don’t you think the World’s largest search engine would be able to find it if it is that big and reported? 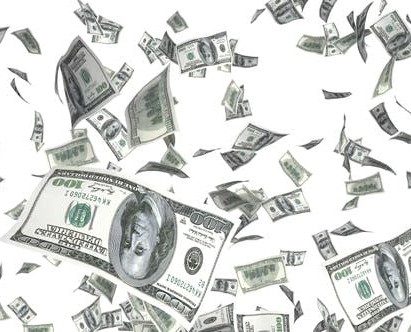 A big swinging dick should at least be able to back that type of bold statement up right? Gimme a HELL NO!

The fact that this person shits on other people’s opinion including those in the business and uses a line like “I make a ton of money” and then runs and tattle tales like a wimp wuss over a fans comment shows that he isn’t as big a deal as he thinks he is. Why is he acting like a douche? To hide the fact that he is that insecure and not as “big” as he thinks he is?

But one thing is for sure… I don’t watch a specific show because I’m not into smut wrestling for the sake of shock value. And it sucks. Because “said show” has arguably the best female talent in the business not calling herself “The Man”.

It just goes to show that one bad apple can spoil the whole bunch.

Until next time, remember The Casual Sheep doesn’t make a ton of money, but I do equal ratings! (See below) 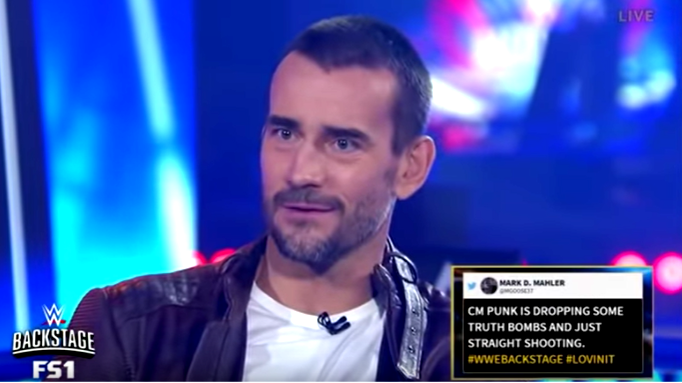 Mark Mahler is a freelance writer and the former Editor in Chief of Absolute Wrestling.
Follow him on Twitter @MGoose37