Raw continues to get very mixed reviews, and not the good kind either.

People are bored and frustrated with Lashley and Lana… People don’t understand the booking of Charlotte Flair and she sounded off about that on Thursday… Seth Rollins loves the business so much, that he was showing leaving mid show without wrestling… WWE has resorted to having Tag Team squash matches every week, and no one knows why.

But, the biggest concern is – two weeks in a row – The Man hasn’t come around.
I get if she was nursing an injury, but she isn’t. We got to see her on that half-assed Starrcade show so we know she isn’t injured. She didn’t even get a promo or backstage interview to discuss her next move.

When was the last time we saw the Raw Women’s Title defended – whether it be a PPV or on Raw? Two months now, believe it or not. Lynch fell from the number one merchandise seller to behind The Fiend. And, the questions are mounting on what happened to Becky Lynch?

I have it on good authority that this is Vince’s idea of keeping her fresh. He wants his number one, babyface female to be utilized in the same manner how the WWE used/uses Brock Lesnar. This mean she defends her belt when its needed on PPV’s and seldomly TV or in dark matches to award the paying crowd. 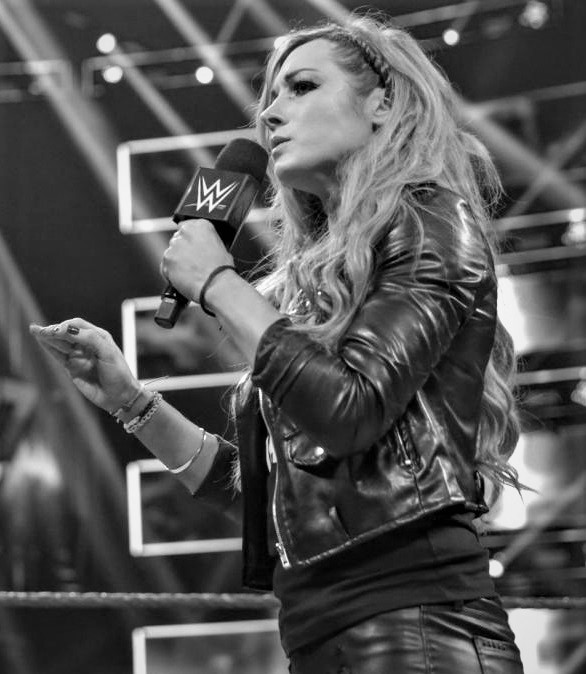 Now, far be it for me to question Vince McMahon… but did he not learn a damn thing with having Lesnar show up once in a blue moon with his biggest belt? You have a wrestling show with a title that virtually means jack shit because it’s never defended. Now he’s pulling the same thing with The Man and her belt?

The question then becomes what is Vince not seeing that he thinks he current ratings slump with Raw allows him to pull his number 1 pick off the show for long periods of time?

I get he wasn’t happy with the Survivor Series Main Event. But that is his own fault. Becky one on one with Sasha or Bayley or Shayna can steal the show. Throw a third person into the mix and the match becomes muddled and systematic. Don’t believe me? Watch Wrestlemania and Survivor Series, and notice how much someone spends their time outside of the ring while two people wrestle in the ring?

Both matches are almost identical, and in both cases, Ronda Rousey, Charlotte Flair and Becky seemed to not have a lot of chemistry at various times. The same thing happened at Survivor Series. Bayley, Shayna Baszler and Becky all seemed to not have that magic a main should have that can make a Triple Threat. In my opinion, it’s because of the rotating offense in the ring and then the breathers out of the ring. 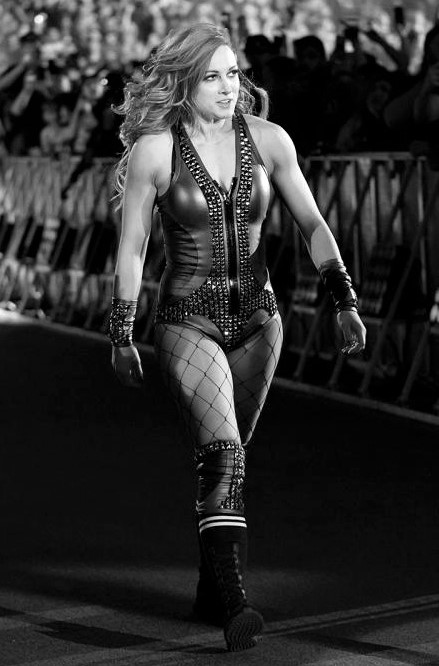 This is something any good writer or creative mind can see; These Triple Threats sucked and shouldn’t be happening, especially when they fail this miserably. Keep the women matches to one on one or tag them. Make it easy for the crowd to get into the match and easier for the talent to absorb what they want to accomplish in the ring.

I go right back to Sasha and Becky at Hell in a Cell. That was arguably the best match on the card.

Why? Because they built the story on Raw and Smackdown. Then in the ring they psychology showed of how they wanted to hurt each other in the worst way and their wrestling told the story of two former friends becoming bitter enemies. The biggest key, no third wheel.

The answer to better women’s matches is keeping Becky off TV? I completely and utterly disagree. If this is the WWE’s solution to the ratings problems, then WWE might as well sell the company and get 4 or 6 more XFL franchises to fold after one season.

You don’t sideline your best asset when the going get tough. You showcase them and do it correctly. I can’t believe USA is happy with this type of maneuvering by Vince. That would be like Fox getting Roman Reigns and Vince telling them he only appears on after show matches and PPV’s so tough shit. Fox would have Vince’s ass in court before he can wipe it after a bowl of Colon Blow.

Until next week, stay warm.