I was having a great conversation with an old friend about Brock Lesnar.

I will never understand Lesnar’s appeal to be honest. I don’t get why the WWE still believes having a belt on a guy that only wants to wrestle an MMA schedule is good for them?

Look at this: AJ Styles, Seth Rollins, Rey Misterio, Kevin Owens, Jinder Mahal, are all former WWE champions. Doesn’t matter if it’s Universal or WWE Champ, these are former title holders. These men have held the top prize for the WWE at different times, and could easily do it again.

If you dig deeper into NXT title holders, you have Aleister Black, Drew McIntyre, Andrade, Samoa Joe to name a few. Also, there are a lot of former TNA Wrestlers EC3, Eric Young, R Truth that held their top title and they’re all on the Red brand.

The talent is there to easily take the belt off Lesnar and get someone new groomed for a big run or to carry the torch. Yet, that hasn’t happened.

As I was having this discussion with my buddy, I brought up the fact as a wrestling fan how much I hated that certain wrestlers never got a chance with the main title (or titles, if it was a tag team). This is my top 5 list of people that I think promoters did a disservice by never giving them the chance to be ‘the man’ and lead their company’s charge: 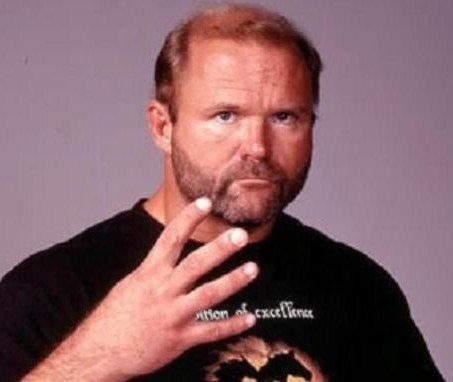 1.  A man that I don’t believe gets the respect when it comes to individual accolades and titles is Arn Anderson.

Everyone knows the Enforcer of the 4 Horseman was there to protect Ric Flair’s title. He could tag with any one of the other Horsemen and won multiple Tag Team Championship. The thing that gets missed is watch Arn in the ring and he was, in one word, awesome.

Double A was a great ring general, told a great story, could mix it up with everyone and anyone and could flip the switch and go at any point in the match. It’s a shame that NWA, WWF, and WCW didn’t give Double A more respect and a chance to run with the gold.

2.  The Killer Bees. At one point in the 80’s the tag team’s around the territories were deep. The one team that stood out to me was the Killer Bees, B. Brian Blair and Jumping Jim Brunzell. They were easily one of the most acrobatic and athletic tag teams I’ve ever seen. They would get title matches on Saturday Night Main Event and Tuesday Titans, but it seemed they could never reach the brass ring.

Even when they started using the double switch with the masks (because they were built so similar) was not enough to convince the WWF to give them a chance as being the tops in their company with the tag team gold. 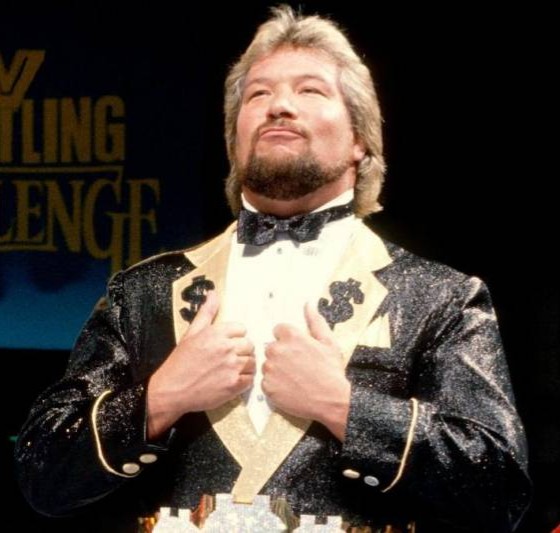 3.  Ted Dibiase lands as the third best wrestler to not win a title. (I eliminate the belt hand-off from Andre to Ted, because it was never recognized by the WWF anyway.) “The Million Dollar Man” was quite arguably the best in ring technician the WWF had during the Hulkamania and Macho Madness Era’s. He can have a solid match with jobbers to main eventers because he was that versatile.

When it seemed like the big title was out of his grasp, he brings in the self-made, Million Dollar Belt. Living his life gimmick, the belt was my favorite custom belt of all time. Ted would feud with Dusty Rhodes, Jim Duggan, Jake “The Snake” Roberts, and Virgil. His ability to tell a story in the ring was second to none. But… just not good enough to get the big strap wrapped around his waist.

4.  Jake “The Snake” Roberts. Demons aside, Jake was the best in ring psychologist of all time. His matches were methodically mapped out, and although he might not have been the biggest, fastest or strongest, he was easily one of the most brilliant wrestlers when it came to putting on a show and telling a story between the ropes.

Jake gets credited many times over, about his manner and how he can get the best out of any opponent. Many former and current Superstars still tell stories of Jake, and how he conducted himself when getting mentally into matches and feuds. One person that benefited from being around Jake is the Undertaker, who credits talking to Jake about his character as helping him build and maintain The Phenom for as long as he has. 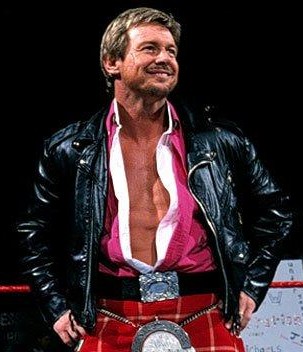 One thing – before people start bitching – if it wasn’t for Piper there would have been no Hogan. Being the ultimate heel is what ascended the WWF into the mainstream and helped fuel Hulkamania. Piper did as much to help the Rock and Wrestling Connection as Hogan if not more.

When Roddy turned on Adrian Adonis and became a baby face, his popularity went through the roof. Piper went from one of the most hated heels who smashed Jimmy “Superfly” Snuka in the head to a face that the fans couldn’t get enough of. The one thing that alluded Piper was that big heavyweight title belt.

Before people get upset with my list, this is my opinion; It’s not the bible. There are a lot of wrestlers that could have easily made this list. But these are the wrestlers that stick in my mind as being the ones you really wanted to see win the big one that never did.

I also won’t glorify guys that got shots and pissed them away like Scott Hall. Jake might fall into that bucket, but I don’t recall even going through several years of house show cards that he got a lot of chances outside of the feuds we saw him in.

This is my list, and I stand by it.

Until next week… Happy Holidays!