It’s sad to see we live in a society where the ‘boys club mentality’ just can’t take a back seat to anything or anyone. This isn’t just regulated to any specific profession. and it’s a known fact that women in wrestling didn’t get the same treatment the men get. B

But this took another step in an ugly direction.

Road Warrior Animal – on his, ‘What a Rush!‘ podcast – recently made some disparaging remarks regarding women being in the main event of PPVs.

“There is a problem in the wrestling business.” Animal said. “Yes, the women’s movement is growing, but when the women are the main event and they have the best matches on your card, there’s an issue.”

He also eluded Becky Lynch should lay off “The Man” nickname and just become a full-fledged babyface that people can see through the toughness in a real fight.

The Man isn’t one to back down which we have seen repeatedly over the last several months and responded to an article directly from the Title that was written.

The first four words of your headline are a lie. https://t.co/34PaztOiee

Whether this looks like a moral victory or a Smackdown for The Man the question begs why this had to be said? What did Animal have to gain by making a sexist comment? Has he been that oblivious to what is happening in the world right now? Either way, The Man hit nail this on the head. So point, to Becky. Animal didn’t think one damn bit before making this type of comment.

WWE is notorious for bringing back Legends when it fits them or they can work them into a storyline or two. But here’s the catch which we all know, Stephanie McMahon has as much power now as Vince McMahon when it comes to who is brought back. And if she caught wind of this, Animal – aside from being a sexist has been – has probably made himself irrelevant to any sort of Legends reunion for the WWE. Hell, I’d be shocked that if he has a Legends contract… they wouldn’t just pull it from him. Vince frowns on past talent crapping on the current product and I’ve heard Stephanie is no different. 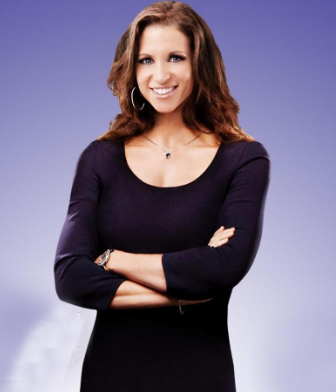 It’s no secret that the WWE is having issues connecting with the fans, especially on the Raw side with all the injuries. Corbin flopped, Bliss in charge of the Women’s division was short lived, Paige wins GM of the year and they still change her role. Creative hasn’t been very creative for months.

For those that watched the TLC PPV, the RAW main event featuring Rollins vs Ambrose for the IC Belt was booed, and had moments where the fans felt the need to chant “Boring”. While the Smackdown Main Event of The Man, The Empress, and The Queen got the crowd going again, had several fan pop moments, and basically tore the house down.

You want the fans to leave talking about the show, not talking about how boring a match was. Who cares what the gender of the main event is or was? The fact of the matter is, the WWE has had some issues with losing crowds because of boring or lazy matches. If the next match can get them lively then is saves the momentum of the PPV or show. After all this is supposed to be entertainment right? If the women can do it better why not? 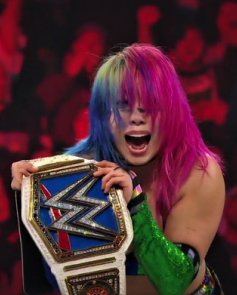 It also seems that after months of speculation that the WWE is going to bring back the WWE Women’s Tag Team titles. Sorry, they can’t keep saying this is the first time because you can’t write The Jumping Bomb Angels or The Glamour Girls out of history like they did with Chris Benoit.

The WWE has a lot of talented women right now. The Man, Ronda Rousey, Asuka, Charlotte Flair, Bayley, Sasha, Natalya, Carmella, The Iiconics, The Riott Squad, Naomi, Mandy Sacs and Sonya Deville, the list goes on and one to the point you know you have enough talent to warrant a Women’s Tag Team division. The Women’s Evolution isn’t just growing it’s excelling.

If anyone should know what its like to gain momentum and promoters running with it, you would think Animal would. The Road Warriors regularly squashed their opponents with brute force to get over with the crowd. They weren’t the best wrestlers, they were just power houses that had an intimidation factor to the nth degree and that got over in several promotions while holding several titles.