I keep going over reports and podcasts questioning the WWE’s Female Wrestling Evolution… and if it’s over?

Let’s start here: Number 1, the Women’s roster isn’t the only roster in the promotion right now. To question it is ridiculous. If the WWE are blaming the women for their recent ratings tanking, they need a good long look in the mirror.

Look around. The tag team division is a joke. The McMahons’ constant appearances are ridiculous. 30 minutes of bullshit sessions to start the show is lazy writing, and boring as sin. 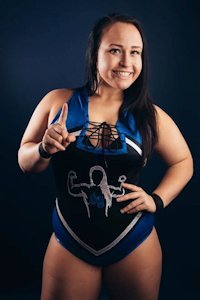 All four of these ladies battle hard, brought their A games and tore the house down. They were booked perfectly on the card and didn’t disappoint in my opinion. All of these women in the division have huge upsides and can put on excellent matches when called upon. My personal favorite is Jordynne Grace, she is going to be big for years to come in women’s wrestling.

Ring of Honor has the Women of Honor. © Kelly Kline has been on an amazing run as two-time champ. From her debut in a submission victory over Taeler Hendrix to her now feuding with Angelina Love, Velvet Sky and Mandy Leon aka the Allure. Klein has been on of the most stable women in wrestling for the past 3 to 4 years in a row and keeps getting better and better.

Speaking of Taeler Hendrix, this grizzled vet is still making noise on the Independent scene and Queen of Combat. She is one of the best in ring performers not on a major promotion right now. People uploading her matches to youtube.com are doing die hard fans a favor because she is fun to watch and listen to on the mic. The indie scene in general has no shortage of talented women. 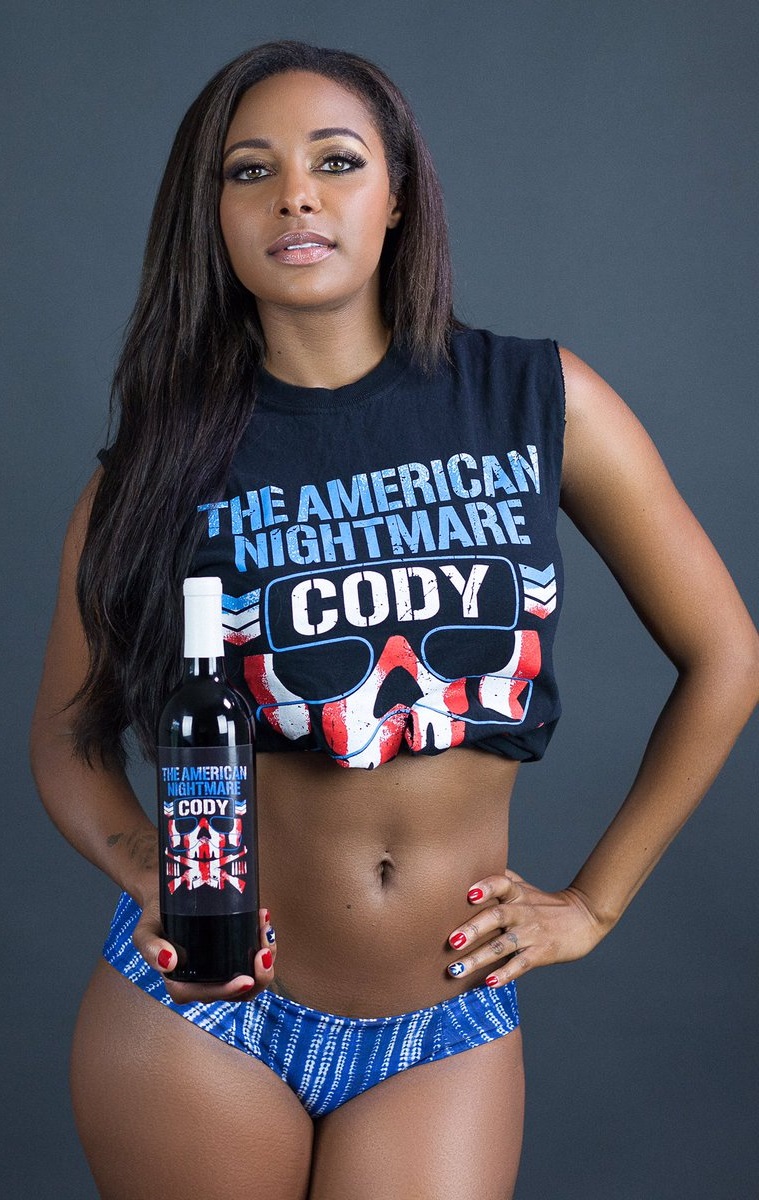 All Elite Wrestling has a solid roster of women just ready for in ring action. Allie, Aja Kong, Bea Priestley, Dr. Britt Baker, Brandi Rhodes, Hikaru Shida, Kylie Rae, Nyla Rose, Leva Bates, Penelope Ford, Sade Gibbs, and Yuka Sakazaki. These women have experience from across the county and should be entertaining to see build a new division as AEW gets rolling this month.

NXT UK is housing some of the best young talent in the WWE. ©Toni Storm, Rhea Ripley. Jinny, Piper Niven, Kay Lee Ray, Nina Samuels, Xia Brookside, Isla Dawn, to name a few. These women get one sometimes two matches a week and don’t squander their time on TV. They go all out and have had some of the better matches since the debut of NXT UK programming on the WWE Network.

NXT brings the likes of © Shayna Baszler, Candice LeRae, Deonna Purrazzo, Dakota Kai, Io Shirai, Mia Yim, Bianca Belair, and company. Again these ladies get on TV and don’t mess around. The talent is without a doubt there where sooner or later we will see these women and more hitting Raw and Smackdown. Don’t forget the Mae Young Classic participants too like Tegan Nox who is on the mend.

On both Raw and Smackdown, the women’s rosters are stacked right now. Becky “The Man” Lynch or Becky Two Belts now, is pulling double duty and still the WWE’s number one merch seller. For those that say she is cooling off, you might be right, but numbers stat otherwise. The Money In the Bank ladder match will see Nattie, Naomi, Alexa Bliss, Dana Brooke, Ember Moon, Bayley, Carmella, and Mandy Rose. This could be entertaining if they do it right and because they have enough athleticism in the match to do some new things with Dana Brooke and Ember Moon along with Naomi and Mandy Rose. 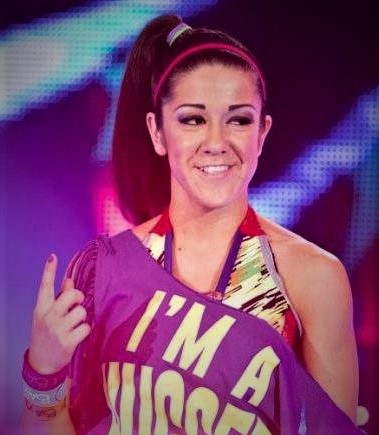 So why does everyone think the women’s evolution is ending or isn’t getting attention?

First Becky vs Charlotte. Yes, this feud is way too overplayed now. Why the WWE shoved this down our throats yet again this quick is beyond me. We have just seen these two wrestle or fight way too much since Summerslam. The WWE formula of building a lasting feud with Rock and Austin, Kane and Taker, Triple H and Rock, name it is completely thrown out because they had breaks from each other with Mankind, and mixtures of each other facing off. Add Angle to the mix and the WWE found success. Becky and Charlotte lack the break that makes their matches special anymore.

Has Becky cooled down? She’s booked like shit. So, that is a ‘yes’. But her core fan base is stronger than the WWE thinks. They can try and turn her heel again, but if you weren’t paying attention the first time around her fans wouldn’t allow it. And the WWE didn’t know what to do even tried making her a tweener with Charlotte’s fans and that didn’t work worth a damn. But they are overusing her ala Reigns and Cena and sooner than later that does make fan bases crack. But the number one merch getter still speaks volumes for her popularity.

The Women’s Tag Team division. The hype was real. The outcome has suck to holy high heaven. They pitched a phony idea of Bayley and Sasha defending the belts all over the WWE Universe only to have them lose the belts, split then and one take off. Now the Iiconics have the belts and are reduced to a comedy act that never wins. I mean Peyton Royce got a W on Main Event or was it Sunday Night Heat, no Thunder…hell I don’t know because it was a dark match. That is what the Women’s Tag Team division means to Vince. Absolutely nothing. 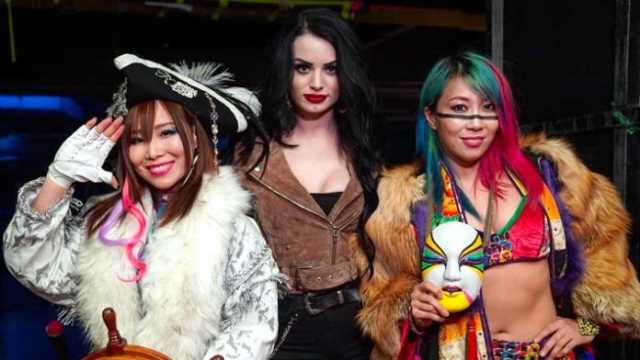 Paige gets paired with Asuka and Kairi Sane as a manager. Can you imagine Paige putting together a stable like the Dangerous Alliance? Can you see her becoming the ultimate heel manager? That could be fun, but the Women’s evolution is dying right? I think not.

Here’s the scoop, people. The women are getting overlooked again, because the ratings suck. Vince always tries to find a scapegoat. When the WWE resorts to segments with men shaving each other or a sociopathic Pee Wee Herman we are all in trouble watching the product. It’s becomes stale. Hell, 9 weeks in a row we got combinations of McIntyre, Lashley, and Corbin vs Strowman, Balor, The Shield, name it. Same ole shit different Monday Night. And the WWE didn’t even attempt to change it up. But let’s play the blame game and put it on the women.

That is what the superstar shake-up was for and guess what? The three rating killing amigos are still on Raw together for the same boring crap. Smackdown got a Kevin Owens heel turn which was not planned, then again 40 changes to TV minutes before the show airs means someone doesn’t like the script? Whether die hard WWE fans like it or not Vince is OUT OF TOUCH with his product and mostly the women. 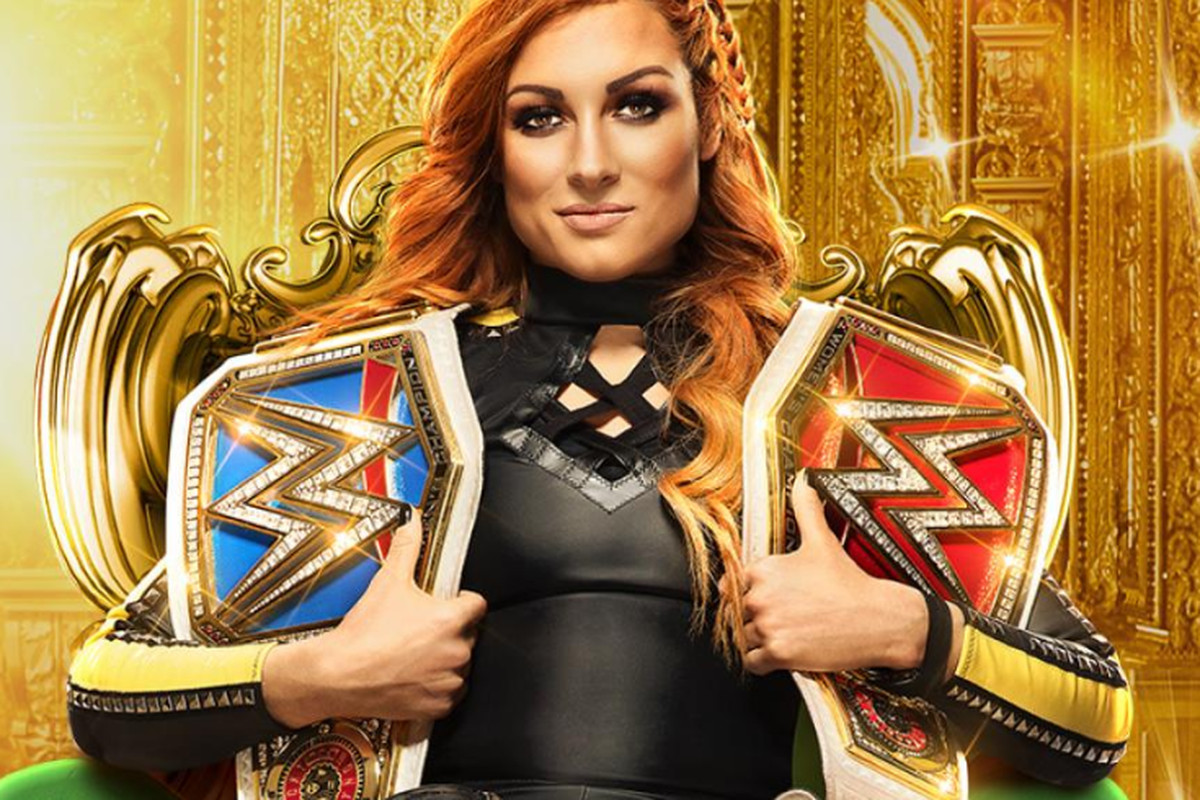 Becky Lynch was the cover girl for Money in the Bank PPV poster.

But the Women’s Evolution is over right?

The state of women’s wrestling is strong. It’s the booking that is failing these women and Vince that keeps changing the script so who is to blame again?. When you have 2 to 3 hour shows and only have 1 segment or 1 match. The booking is what is killing the momentum, not the performers. If the WWE has no faith in the women then why invest in the women in NXT the way they do and why promote the women they have on the current roster?

I think Gail Kim hit it in the head with her many different opinions and views on WWE handling of Women’s Wrestlers. She is of the opinion that after 7 hours or wrestling and the women in the main event were set up for failure. If that was the case, who booked seven hours? Vince McMahon.

Before you say the Women’s Evolution in Wrestling is dead, just look at Vince. Because if it is, he is the one killing it. But through these eyes, the women in wrestling right now have a very bright future… and the evolution is still going on strong.