When TNA Wrestling was born in 2002, the company initially operated on a strictly, week-to-week, pay-per-view basis. This unlikely existence lasted for nearly two years, before the promotion eventually landed a television deal and launched iMPACT! as part of the Fox Sports lineup.

With the move, the company also began looking for something different. They had developed a particular ring style, using high-flying young stars like AJ Styles and Christopher Daniels, alongside established veterans like Raven and Sting. 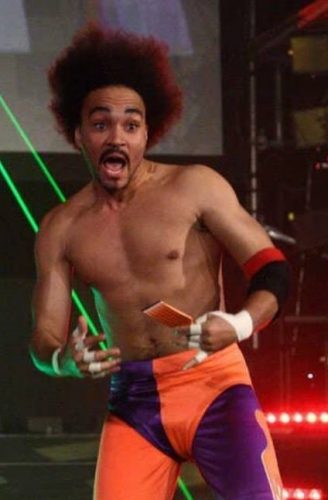 But, what they really needed for their television product… were characters. Capable athletes who, at the same time, could provide some of wrestling’s more traditionally, outlandish antics.  In essence, by the Summer of 2004, TNA was looking for some homegrown personas that could help balance the look and feel of their new show.

Dorian Hill had already been a pro for a handful years when he received a shot with Total Non-Stop Action Wrestling. Hill had begun wrestling as a teenager, eventually receiving training from the legendary Samoan Sika. He worked for the XW-2000, promotion, as well as several promotions in the East and Midwest, when he got his big break down in Nashville.

After contacting representative Bill Behrens, Hill traveled to The TNA Asylum, looking for a chance to be a part of that new roster. He says that his first set of trips were mostly made on a wing and a prayer.

“I didn’t have a contract, a guarantee… nothing, but I was just so excited for the chance and happy to be there, that I didn’t care” Hill recalled, in a recent interview with TheGorillaPosition.com. “They kept calling me back, and did whatever I had to do to get there. I drove down there three times straight – with no pay.”

He returned for a few more sets of tapings, working for free and even borrowing money for gas to get back to Nashville, before then-TNA official Jeremy Borash eventually let him know he was getting his big break. There was only one catch: Borash told Hill to come up with a gimmick name that was similar to Andre 3000 of the rap group Outkast.

“I was just so much in awe at the time, and smiling, but at this point, I still don’t have a name, and they’ve told me to come up with something with 3000 in it. And I’m trying to think of something that I think will work, and that people will remember. I just kept thinking about ‘something 3000′, and I was wondering to myself… what kind of name is that?

Struggling to come up with an identitiy that he thought would really work, Hill says it was none other than Christopher Daniels who suggested the D-Ray 3000 moniker.

“Daniels just came up and said that to me. I was still skeptical, because I really wasn’t sure about having a name with a number in it. I just didn’t know how that was going to catch on. But, I told the agents, and they went with it. They were like, okay… that’s good. You’re D-Ray 3000 now.”

Already a contrast in styles, D-Ray became a refreshing change of pace for the TNA audience. The character caught on quickly, and Hill kept cultivating the gimmick in the weeks that followed. Before long, the fans were telling his opponents that they should ‘Fear the Fro’. 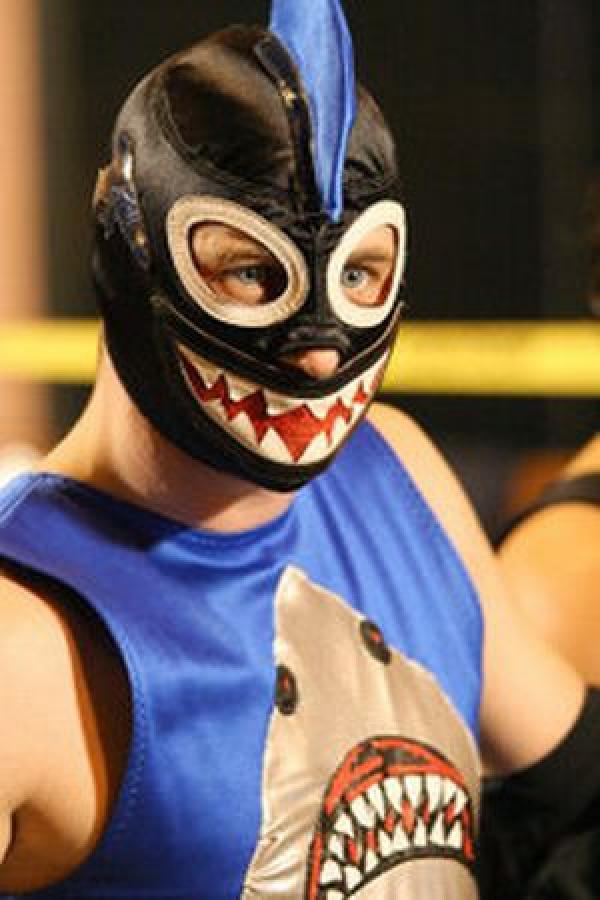 “It was all one big happy accident,” he recalled. “Even, like using the pick as part of the look. I was just in the back. I had been using it on my hair, and I had it in my hand. Dutch (Mantell) was looking at me, and said, What the hell? Take that thing out there with you!“

The pick would stick – along with many of his other crowd-pleasing stunts. His wild hair and outlandish behavior endeared him to the fans, and soon, he would be paired with another one of the TNA favorites, Shark Boy.

“None of that was ever planned. We were in a four-way match together, and I guess it seemed like we had good chemistry. So they just put us together and told us to go out there and be funny. So, that’s how that all happened. it was never part of a plan. Just another happy accident.”

Hill says that even though they both played humorous characters, he and his partner were polar opposites outside the arena.

“Shark and I are two VERY different people – like night and day.” D-Ray explained. “For example, I can’t stand smoking, or cigarette smoke in general. I don’t like being around it at all, and Shark Boy was a smoker. And since we were partners, we were booked as roommates on the road.”

“So, we would be in the room, and he would be puffing on a cigarette and watching the news. First thing in the morning, he would want to light up and turn on the TV, and it would irritate the hell out of me. I was a new guy with only four years in, so I didn’t say anything to a veteran like that. I would just find things to do, or go out on the screened-in patio or something like that.”

Overall, he says the two worked well together, and he even managed to have some fun on the road with his partner.

“One thing I’ve found is that if I get irritated or bored, for me not to go crazy, I have to make some kind of entertainment out of it,” D-Ray said. “And, one thing I found out about Shark Boy is that he always wanted to watch the news, and he hated cartoons. So, I would sometimes get in the room ahead of him, and turn the TV on to Nickelodeon, or Disney, or the Cartoon Network, then hide the remote. Then, Shark would come in,and  I would just pretend I didn’t know what was going on.”

“I would just tell him, I have no idea what’s going on or The people before us must have had kids in this room, or something like that,” he laughed. “He would be throwing shit around looking for the remote, and inside, I’m just cracking up.” 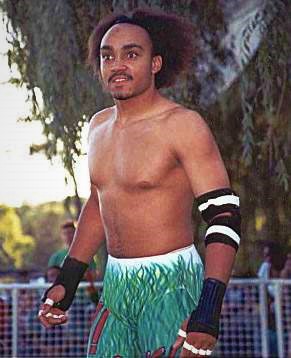 He left TNA in 2006, and appeared on WWE programming, as the ‘Ethiopian Heavyweight Champion’ in a match against MVP in 2007.

Then, he would change everything: his look, name, and ring style, for awhile – working as the Righteous Maker, Rick Baker. It was a stark departure from the D-Ray persona, and Hill began performing as a more serious, mat-based wrestler.

Hill says even though he enjoyed working that style, it never really replaced his TNA roots.

“I cut my hair, and I was working in Japan, working a lot more technical style,” he said. “But there a lot of guys out there that look like that, and wrestle that style.”

“You can do a million holds, and go out there and do every move in the book. But, in the end, it always came back to being D-Ray. That’s the gimmick they remember, and the one that I had the most success with.”

After that brief time without his well-recognized pick and afro, Hill returned to the role he says he was meant play, D-Ray 3000. He’s been working on some changes to ‘modernize’ the gimmick, while still holding true to its terrifically tacky roots

“When you’re starting out, everybody always sees themselves a certain way, or has a plan to be a world champion someday,” he said. “A Curt Hennig-type wrestler, or someone like that. I can wrestle that style, and I’ve always been trained to wrestle – from Day One. I proved that in Japan and everywhere else. I did that during my time away from the gimmick.”

“But, at the end of the day, D-Ray is who the fans always ask about, and who they always remember. It’s the one thing I can always go back to. That’s who I am, you know? And, even after all these years, I still love it.” 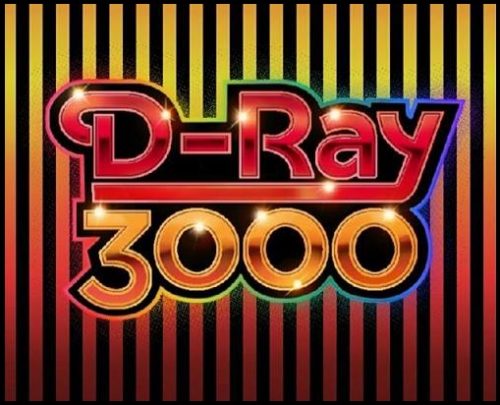