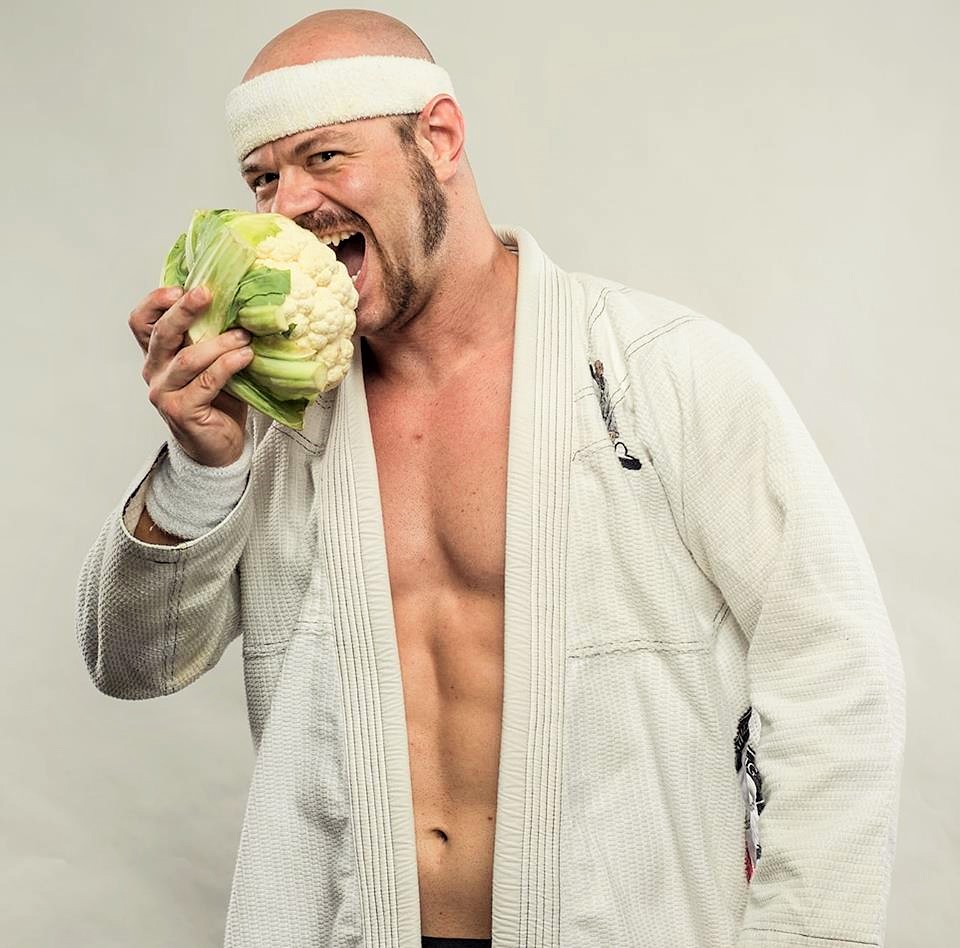 Ring of Honor crowd favorite, Chase ‘Cauliflower’ Brown, is a unique character, who just might REALLY BE one vegetable short of a garden…

Perhaps using the phrase, ‘unique’, to describe Chase Brown is a bit of an understatement. Others might call him eccentric, odd, or just downright weird. Even in terms of professional wrestling, the veteran performer has a set of likes, quirks, and phrases that defy one of the most bizarre industries of all time.

But if you look closely, you’ll see there’s a method to his madness.

Originally nicknamed ‘Cauliflower’ by the legendary Terry Funk because of his weathered ear, Brown eventually seized on the moniker. He credits Funk, as well as Manny Fernandez, as two of his idols and says he takes an old school approach with him in the ring, and with his character.

“Terry loved the whole thing with my ear,” Brown said in an interview with TheGorillaPosition.com recently. “He told me he thought I could use that somehow, and do promos with sort of a Roddy Piper-type gimmick.”

“I kept wrestling under that name, ‘Cauliflower’, without doing a whole lot with it, at first. I would say stuff to my opponents like, I can’t hear, you because I got this cauliflower ear.”

Today, fans of Ring of Honor will simply chant the name of his beloved vegetable, along with the simplistic lyrics of his entrance theme, as he makes his way into the arena. Usually, the iceberg head in question will come into play somehow: as either a salute to the crowd, a comedy prop, or in some cases, as a foreign object during his match.

While a student of the mat game and an ardent supporter of old school values, Brown is most definitely an entertainer. His promo segments are underrated, comedy gold, with Cauliflower unwittingly using terms and phrases that either don’t make sense… or just, flat out, don’t mean what he thinks they do. 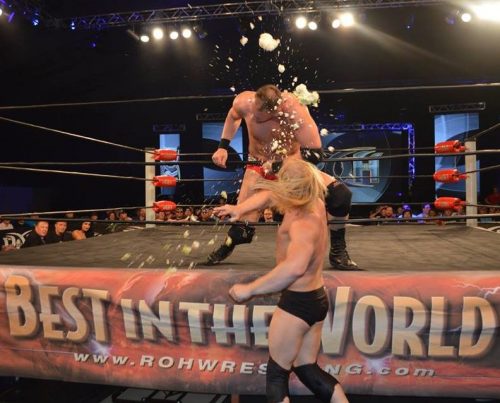 During interviews, Cauliflower Brown says he can “ride any man”. That tagline alone leaves his foes bewildered and the fans laughing. Meanwhile, he looks on into oblivion.

However, the joke is not on him. He understands that it’s all part of the game.

“I never try to be comedic in a way that I just go out there and ‘make jokes’, so to speak,” Brown commented. “The way I think comedy works – when it actually does work in wrestling – is different from that.”

“Take a guy like Jim Cornette. The way Jim Cornette did it- He could be out there making a total fool of himself, but he made sure that he wasn’t in on the joke.”

He says that form of comedy  has become a bit of a forgotten science.

“Too many of the wrestlers who are doing comedy stuff today are breaking the fourth wall,” Brown said, referring to the acting method of playing to the audience, rather than for them. He prefers a more  indirect form of the art.

“The funny stuff I do as Cauliflower Brown… when he says a line, he’s 100% serious, and  he means it. He delivers a threat like it’s the worst thing in the world, and he’s unaware of the double entendre.”

He showcased more of that sensational promo ability once again this month, when he produced a YouTube video answering NWA World Champion Nick Aldis’ open challenge. In the clip, he lampoons the Smashing Pumpkins song, ‘Bullet with Butterfly Wings’.

He has yet to hear back from Aldis or NWA owner Billy Corgan, but has no worries or regrets. At the end of the day, it was simply Cauliflower being Cauliflower.

“Hey, I felt like it was an opportunity to throw my name out there; seems like everybody else is,” he said. “Nick Aldis was going around with his open challenge, and I’m just thinking that Ten Pounds of Gold would look great surrounded by cauliflower.”

It’s not surprising that Brown has the occasional random thought every now and then; his cultural background is a virtual Pandora’s Box. He earned his education studying philosophy at Winthrop University, and is a talented musician. He plays guitar and provides the vocals for the folk band, Senseless Beatings. 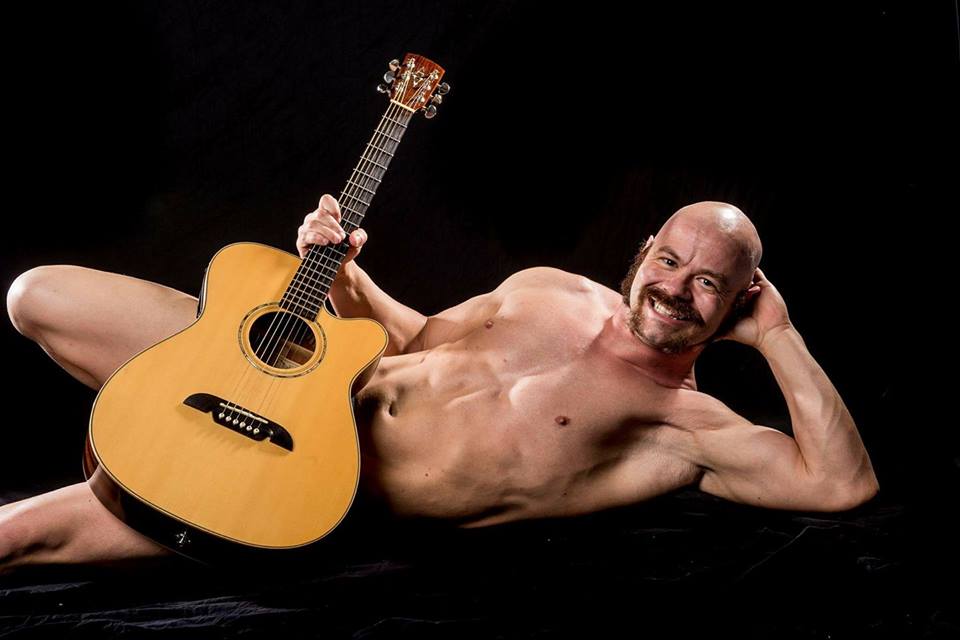 Any sense that he might be a flake, however, would be erased by watching his workouts. Brown is a notorious fitness fanatic, with amazing yoga flexibility. He takes his dieting and conditioning as serious as any competitor.

And with a name like Cauliflower, it’s not surprising… he’s also a vegan.

At one time, Cauliflower can go from laughs to licks, or from the mat to musings. He’s an avid lover of old books as much as old wrestling.

In July 2017, The New York Times wrote about him in their Op-Doc, Skip the Opera. Go See Some Pro Wrestling. which featured the veteran telling his story, in his own words, in the short film, The Aria of Babyface Cauliflower Brown.

“It was a short film, so you just wonder how big of an audience it will have,” he said. “But, it really hit big at first, and I thought that was amazing.”

The Times piece drew the attention of National Public Radio, who also found the well-spoken and deep-thinking grappler worthy of some mainstream, media attention.

“The NPR thing ended up great. It ended up being even more cool, because I had people I hadn’t talked to in years saying they heard me on NPR. So, overall, it was just a really cool experience and amazing exposure.” 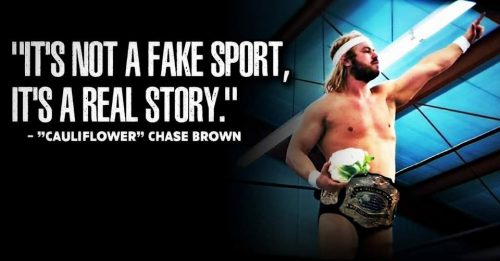 Going forward, Cauliflower wants to sprout up in front of a bigger and bigger audience, and says it’s been encouraging to see so many fans understand his irreverent character.

“I try to keep this intentionally, serious feel, but it’s just that my character is kind of odd,” he commented. “I try to keep everything in the context that, it’s a story about a sport. If you watch any of my matches, you will see I’m still very old school in my mentality, in the ring. I don’t do over-the-top spots or stuff within my match that isn’t possible, or doesn’t make sense.”

“So, there’s a real balance you have to strike there, between what you do as a wrestler and as a performer. You really just have to go out there, have fun with it, and try to be as creative as possible.” 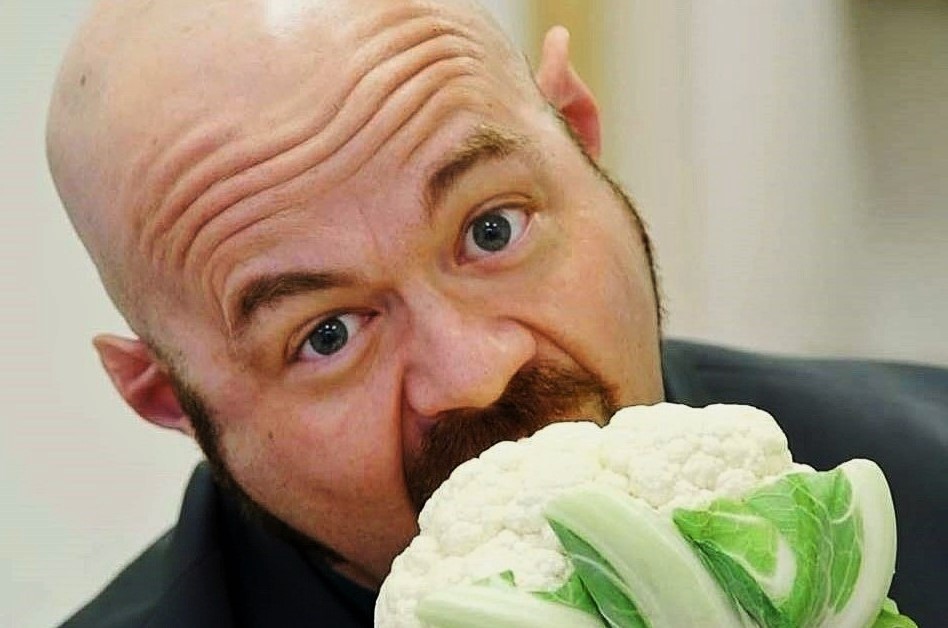 THE ARIA OF THE BABYFACE CAULIFLOWER BROWN