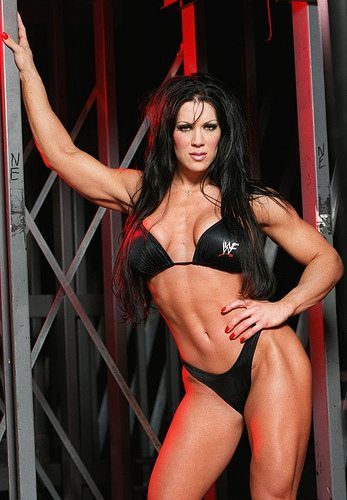 On Monday night, WWE announced the first members of the 2019 Hall of Fame class: D-Generation X. The renegade faction, which dominated the late ‘90s and early 2000s in pro wrestling, will go into the hall as a unit, and will include every main player in its history: Triple H, Shawn Michaels, X-Pac, Road Dogg, Billy Gunn, and Chyna.

From the moment of her departure from the company in 2001 to her death in 2016, WWE did whatever it could to pretend that Chyna didn’t exist.

Born Joanie Laurer, Chyna battled addiction from the time of her release up until her death. She also had a couple of public incidents involving former DX members: Laurer was arrested on charges of domestic violence against X-Pac (real name: Sean Waltman) in 2005, and she accused Triple H of assault during their relationship in the late ‘90s (Triple H, who is now WWE’s Executive Vice President of Talent, Live Events and Creative, has vehemently denied these accusations).