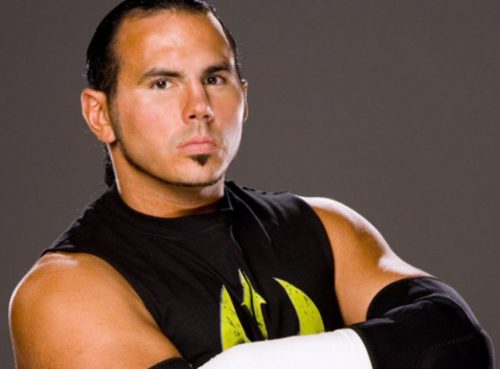 Last weekend, longtime WWE star Matt Hardy might have taken off his boots for the last time. He also might not have, but he at the very least appeared to announce his retirement in a YouTube video. Explaining that he had worked out a way to fulfill his previously advertised commitments to WWE, Hardy told the camera that “I never say say never…but tonight here in Corpus Christi was most likely the last time you’ll ever see ‘Woken’ Matt Hardy in a WWE ring.” This is wrestling, of course, and more particularly it’s Matt Hardy, one of the sport’s great absurdists, and so there may be more than meets the eye.

The video comes after weeks of tweets from Hardy teasing a farewell and discussing his back problems, not to mention reports and Hardy’s wife saying that he’s planning a transition to a backstage role. While he may not be announcing it as such just yet and while there’s ample reason to take the not-quite-stated news with a grain of salt, it at the very least affords us an opportunity to look back at Hardy’s wild, weird, and impossibly tumultuous run in the business.

Hardy’s back issues, stemming from years upon years of flying leg drops among other large falls, were always likely to be the culprit that would end his career. Hardy is more or less self-trained, and started running shows using a ring converted from a trampoline under various company names … Read the Full Story HERE