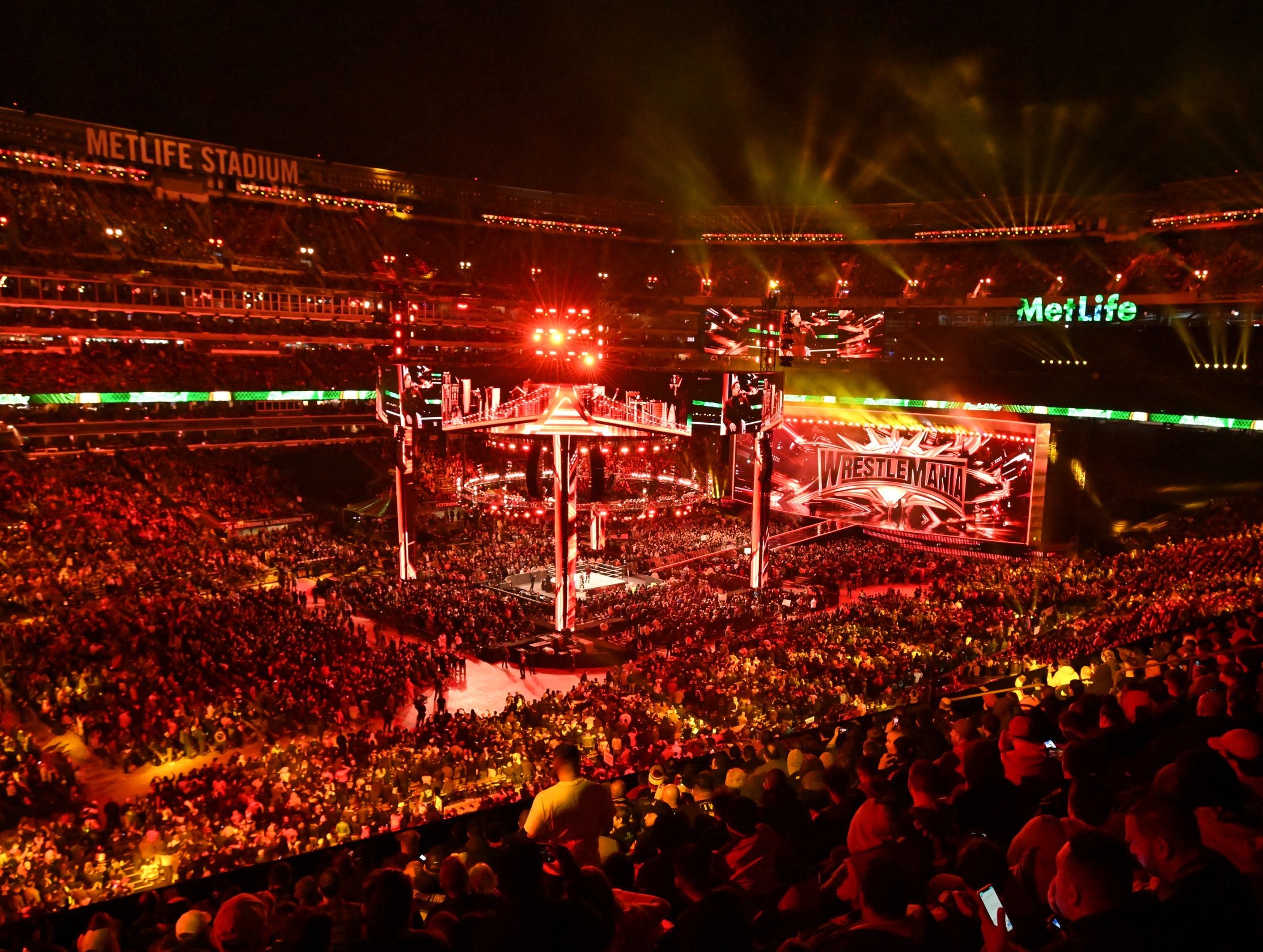 WrestleMania week is invariably a dizzying experience, and the one that recently sprawled over the course of a full week in and around New York City was no exception. There were way too many shows this year spread across too many locations, and even sleeping in my own bed every night, not attending any WWE events (a wise move, given those fucking blinding lights ruining another overlong WrestleMania live), and doing minimal venue-hopping, I still found myself fighting to stay awake during at least one afternoon show.

Last year in New Orleans I went to eight shows from Thursday afternoon through late Sunday night, but one was WrestleMania, one was WWN’s WrestleMania wrap-up party featuring the monsters of Kaiju Big Battel, and one was the supplementary action at WWE Fan Axxess. This year, between Wednesday and Saturday nights, approximately a 78-hour period, I went to nine, all but one of which was an indie show and four of which were on Thursday alone. It was, in retrospect, a strange and masochistic choice, overly difficult and weirdly exhausting. I loved it, of course.

Here, for everyone who wouldn’t or couldn’t sacrifice their well-being on the altar of wrestling, is a rundown of the best and worst and weirdest shows of WrestleMania week. If you want to see what you missed, most of these shows are available to stream via the FITE internet PPV app or the Independent Wrestling TV or Highspots Wrestling Network subscription services… Read the Full Story HERE