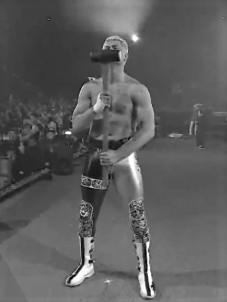 There’s panic in the streets of Stamford, Connecticut. Or, anyway, there’s a sense that change is coming for the famously change-averse WWE after a ten-day period that could signal the start of a new era in professional wrestling. All it took to rattle WWE was for a new promotion—in this case, All Elite Wrestling—to have a dazzling debut show that was different enough from the WWE norm in ways that couldn’t help but stand out.

AEW’s debut show, Double or Nothing, was one of the very best shows of the year, and peaked with the outlandish debut of Jon Moxley, who previously wrestled in WWE as Dean Ambrose. With that kind of legit star power in hand and as good a start as any promotion could have asked for now on the record, AEW seems to be in position to challenge WWE’s monopolistic hold on North American wrestling, although whether they will manage that feat or not is hard to know right now. But WWE sure seems to be worried about it, and that might be just as important as whatever happens next.

Moxley jumping from WWE to AEW is the biggest story in wrestling right now. A former world champion and an obscenely popular wrestler escaping the WWE bubble for the indies would be one thing, and a big story on its own. But all reports point to Moxley being on a full-time, multi-year contract with AEW; that deal will apparently let him wrestle for other promotions outside of the US, and he already has a United States title match in New Japan Pro Wrestling … Read More HERE