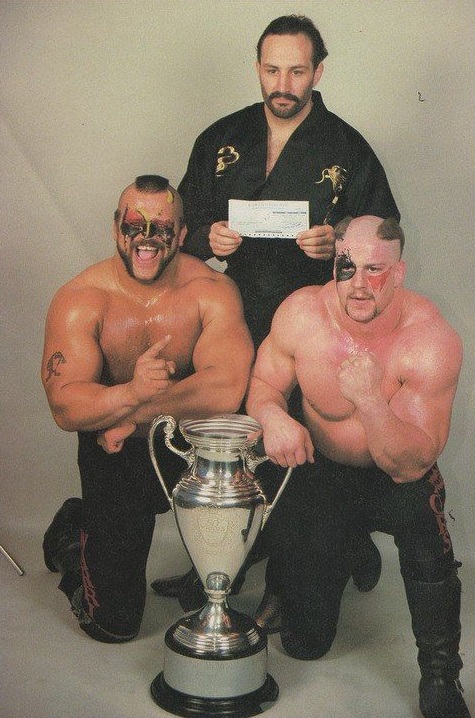 Everybody knows that WWE is in a crowded and deeply boring creative trough at the moment, but not enough people know that the “Hidden Gems” section of WWE Network, updated every Thursday morning, serves as a weekly reminder of just how good and how fun WWE wrestling can be.

The section works as an enthusiastic, uncharacteristic love letter to longtime fans, with each weekly drop delivering unseen or rarely seen footage, much of which was either not known to exist or long presumed lost. That WWE has begun to embrace more heavily produced programming with a similar bent—the recent documentary celebrating of the “holy grail” Bret Hart vs. Tom Magee match, for instance—has made the experience even more rewarding.

All this, every Hidden Gem, has been good. It’s an unexpected gift, still, that WWE is putting all these unaired pilots and previously unaired arena shows and TV footage not seen in the decades since it originally aired where everyone can see it. Better still is the fact that WWE seems to appreciate this stuff’s worth, and is enjoying putting it out there. No other major streaming service is doing anything like this. No other service could.

And so it was that last Thursday, with no fanfare—this one didn’t leak out to WWE Network News as it does most Wednesdays—WWE unceremoniously delivered what had been holy grail of sorts for decades. This time, it was raw footage of the first annual Jim Crockett Sr. Memorial Cup tournament from 1986. This show, which had been explicitly marketed as the ultimate in loaded cards, was one of the first true destination shows in pro wrestling history, co-promoted by Jim Crockett Promotions and the Universal Wrestling Federation at the Louisiana Superdome on April 19, 1986 … Read More HERE