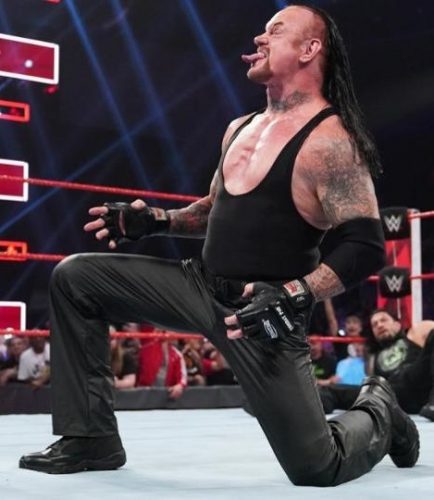 WWE is hinting at a dream match between The Undertaker and Sting, which seems impossible but is actually far from it.

Last week, the company posted the following on its Twitter page, a not-so-subtle tease that “The Deadman” might soon do battle with “The Icon” for the first time ever. As unlikely as that match may seem, it’s—believe it or not—a realistic possibility.

Sting hasn’t wrestled since suffering what most have deemed a career-ending neck injury during a WWE Championship match against Seth Rollins at Night of Champions in 2015. However, the former WCW star and 2016 WWE Hall of Famer revealed back in May at the Starrcast pro wrestling convention that he would wrestle again if it was “for the right price.”

Just a couple of months prior, Sting also told Wrestling Travel (h/t Wrestle Talk) that the only bout he would come out of retirement for is that dream match with The Undertaker:

”I mean, everyone knows who it would be. Taker, he’s the only guy I’d come out of retirement for now. No one else. We could just never get it together to make it happen. When I started talking to WWE he was booked with Brock and then I did the deal with Triple H and he had another feud going on at the time, so it was just one of those things we couldn’t make happen.” … Read More HERE

One thought on “FORBES: Don’t Be Surprised If WWE Really Books The Undertaker Vs. Sting”