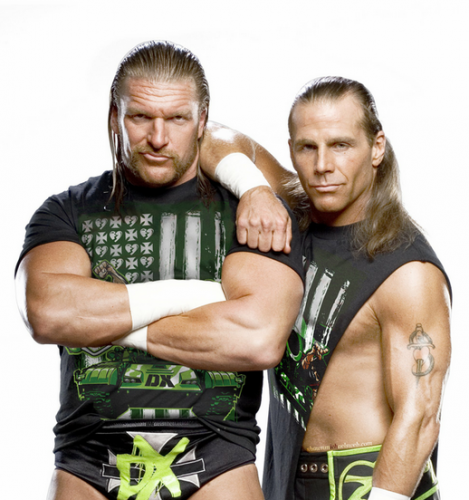 D-Generation X, one of the cornerstones of the WWE’s Attitude Era and the formative period that led into it, will be inducted into the WWE Hall of Fame as part of the class of 2019.

Both key versions of DX will be recognized as a collective group of six, including Triple H, Shawn Michaels, Chyna, Road Dogg, Billy Gunn and X-Pac.

“I think it’s the most meaningful for us all to go in together and to be recognized together,” Paul “Triple H” Levesque told ESPN. “Because I think both groups were [just] as impactful.”

D-Generation X — a group of wrestlers who collectively helped bring crotch chops and “suck it” into the pop culture mainstream during the peak of their powers — was initially formed in 1997 as a trio featuring Triple H, Michaels and Chyna. To Levesque’s recollection, it was an idea that had been swirling around for some time before a few key events and decisions allowed everything to slide into place … Read the Full Story HERE