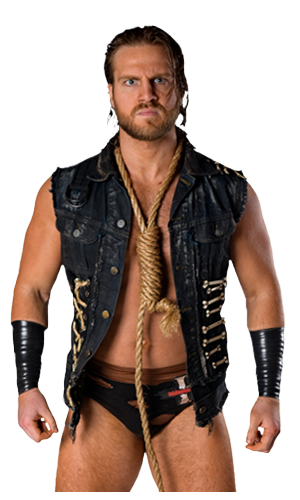 Adam “Hangman” Page has long been hyped as the next in a long line of Ring of Honor breakout stars. Diehard fans could see it as far back as his days as a young boy in the “Decade” under the tutelage of BJ Whitmer and Jimmy Jacobs in 2014. Others sensed his star potential when he joined the new-look Bullet Club in May 2016, allowing the 26-year-old to stop mysteriously calling out sick every Friday and finally quit his high school teaching gig. Now, punctuated by a career-defining past four months, you don’t need to be a hardcore fan to see it — Page is already a star.

In March, the matchup of former young boys between Page and Jay White at Strong Style Evolved for the IWGP United States title showed just how far both competitors have come and how much further they’re willing to go. In April, Page’s show-stealing match against the dynamic Kota Ibushi at Supercard of Honor proved his ability to seamlessly adapt to different styles on the fly. In May, Page’s Bullet Club battle against Kenny Omega at Dontaku showcased a ruthless side to his in-ring approach in an old-fashioned, bloody brawl. That aggression came in handy when Page brought out the thumbtacks in a hardcore battle with Punishment Martinez for the ROH TV title at Best in the World in June. And on Saturday, Page will have plenty more opportunities to add to his singles resume when … Read the Full Story HERE