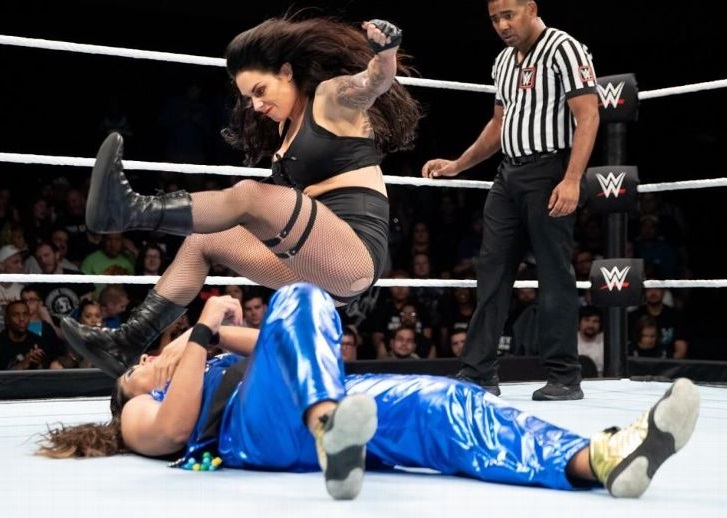 In an era that immediately preceded the WWE’s women’s evolution, the fight to make an impact was an uphill battle. The WWE Divas championship was the company’s top women’s title, and though there was a compelling mix of promising, young athletes and veteran performers in the mix, WWE simply wasn’t quite there yet in terms of putting on women’s matches that rivaled what men were doing in the ring.

It was in this transitional era that Kaitlyn’s first run with the WWE came together in a hurry. After making waves in bodybuilding and fitness, she signed a developmental contract in July 2010 and, just two months later, made her debut as part of the third season of NXT when it was still a reality show. Over the next four years, she learned on the fly and ultimately became Divas champion, most memorably teaming with and working against AJ Lee toward the tail end of her run with the company.

By early 2014, Kaitlyn walked away from WWE and the world of professional wrestling entirely — only to feel the pull back toward the ring again four years later. After working her way back into ring shape, she became one of 32 entrants in the 2018 Mae Young Classic. So how did it all happen? … Read the Full Story HERE