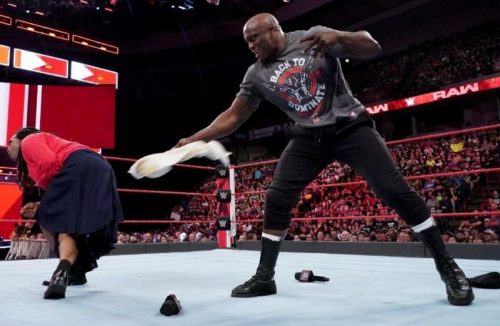 When you sit to break down the latest edition of Monday Night Raw, it’s pretty easy to pick out a number of glaring flaws. The show opened with a red-hot Seth Rollins taking a pinfall loss to Elias in a match designed to get Roman Reigns sympathy and cheers, Baron Corbin got deputized as Stephanie McMahon’sproxy “constable” and Ronda Rousey’s flat affectation on commentary was pretty tough to get through during the Nia Jax vs. Natalya match.

The Sami Zayn–Bobby Lashley rivalry that already touched on a few raw nerves in terms of misogyny, doubled down with accusations of stolen valor, the only Raw tag team title contender with momentum behind them inexplicably got thrown into a battle royal and unceremoniously tossed out in short order, and the renewal of a somewhat forgotten tremendous rivalry from NXT in Finn Balor vs. Kevin Owens ended with a DQ in the main event.