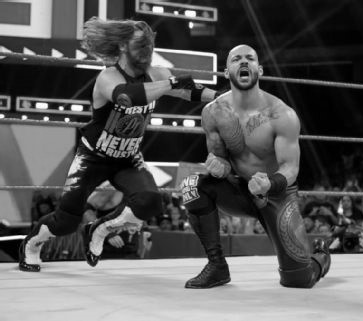 Viewers experienced opposite ends of a spectrum in the two weeks of Monday Night Raw leading into Extreme Rules. Two weeks out offered an explosive (literally and philosophically) change-of-pace show that was three hours of chaos and energy.

Meanwhile, the “go-home” edition of Raw seemed to largely revert to a more plodding, formulaic equation that didn’t do much to reinforce the excitement generated the prior week. SmackDown was a more consistent show overall, but with a similar cross-section of talent highlighted on both shows, Raw’s problems have somewhat sapped the excitement for Tuesday nights.

That drama leads to Extreme Rules and a similarly wide spectrum of possibilities, both good and bad. With a good night, the shrinking window into SummerSlam could be energized and tensions could run hot heading into Toronto. With a bad night, the risk of malaise hanging over the rest of the summer grows.

With that in mind, let’s take a look at how each of the matches on the Extreme Rules card could play out, for better or worse … Read More HERE