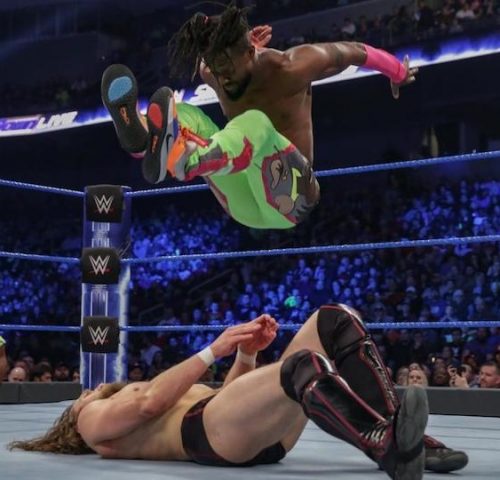 WrestleMania 35 is just a few weeks away, and as the last few details sort themselves out for the biggest WWE show of the year, a handful of stars have gone above and beyond in their push to make the biggest splash on April 7.

Kofi Kingston, in the midst of the biggest moment in his career with a likely (if bumpy) path to a WWE championship match at WrestleMania, has made the most of every opportunity that’s come to him over the last two months. From his last-minute entry in the Elimination Chamber, to his eye-popping gauntlet match performance, to all of the character work Kingston and The New Day have done opposite Vince McMahon, there’s no denying the natural groundswell behind a long-overlooked superstar.

It should come as little surprise, then, that Kingston has charged from out of nowhere to become the new No. 1 in the ESPN WWE Power Rankings, The race was close, with Roman Reigns, Becky Lynch and Daniel Bryan each receiving first-place votes and narrowly missing out in their own right, but the message couldn’t be clearer — Kingston is finally getting his shot, and he’s killing it … Read the Full Story HERE