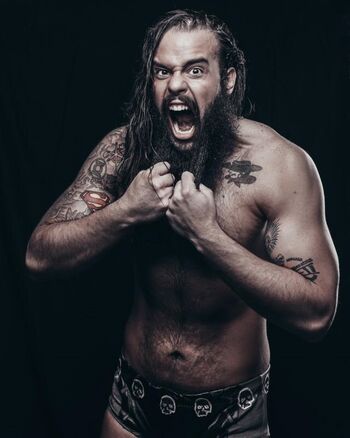 While the rest of the sports world is deep in a summer lull, independent wrestling is in the middle of a hectic 10 days of notable shows.

Last weekend, Pro Wrestling Guerrilla, everyone’s favorite all-star indie, ran their usual buzzy, action-packed show in Los Angeles; DEFY, the top group in the pacific northwest, had a packed house in Seattle. Several time zones east, Japanese indie standout Daisuke Sekimoto was in for a four-day run across four different promotions, culminating with a standout match at Beyond Wrestling’s biggest show of the year, Americanrana, at Foxwoods Resort Casino in Connecticut. This weekend, fans from across the country and even the world will converge on Chattanooga for the Scenic City Invitational tournament. The combination of quality and quantity when it comes to big-ticket events across the indie wrestling scene make a strong case that the ongoing “indie boom” isn’t going away anytime soon. The question is where it’s going.

Because no boom lasts forever, it’s tempting to look for reasons why this all might dissipate sooner than later. The rise of All Elite Wrestling, plus WWE’s plans for global domination, have taken a number of key indie wrestling talents off the board; a number of AEW’s key signings will say farewell to the indies before AEW’s weekly television debut on October 2. The current AEW roster includes top indie name Joey Janela, who is doing a “Curtain Call” show for home promotion Game Changer Wrestling just two nights before AEW’s debut on TNT… Read More HERE