If AEW is truly going to cultivate wrestling that fans want to see, it must listen to voices beyond those in the mainstream. 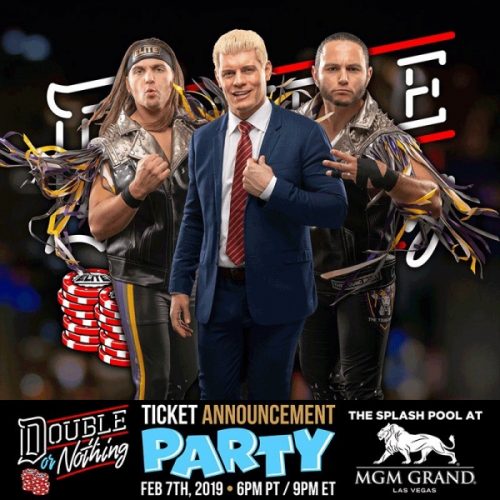 Listening to customer feedback has never been a strong point of the WWE. In fact, there’s many that believe the promotion frequently goes the opposite way of that fans ask. All Elite Wrestling is looking to be a true alternative to the WWE and according to reports by Dave Meltzer the company is looking to lean into data and analytics that capture the voices of the fan. While that’s a great idea for those invested into the industry, it raises two bigger questions: One, can the interest of the hardcore fan generate the mainstream dollar and two, which fans will have the loudest voices?

Over the weekend, Felix Upton of Ringside News presented a report with a quote from Meltzer that pushed the idea of AEW using data analytics to help drive content.

“I’ll tell you what… AEW is going to do that like crazy because of who owns it,” Meltzer said during a recent edition of Wrestling Observer Radio. “I mean, that’s his business Tony Khan is an analytics guy so I guarantee that there will be wrestling analytics from AEW in different ways.”

His reference to Khan is very important. Khan is the well-known co-owner of multiple sports organizations, including the Jacksonville Jaguars and Fulham F.C. This is important in reference to Meltzer’s comment because data analytics are becoming a major part of sports business and that goes well beyond the daily box scores. Teams are using analytics in a “Money Ball-like” fashion to make personnel decisions that will hopefully drive the organization toward success. Seeing that mentality brought over to the professional wrestling space is … Read the Full Story HERE