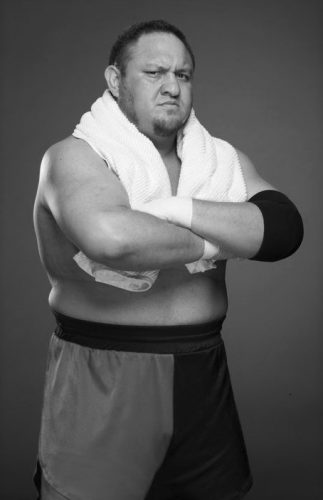 With Royal Rumble only weeks away, there’s already talk about who could pick up the win and punch their ticket to WrestleMania. While several superstars look like valid candidates, not enough people are looking at one dangerous one who came close to winning the WWE Championship on more than one occasion in 2018. Could Samoa Joe be poised to win the 2019 Men’s Royal Rumble?

While many fans are looking at potential favorites for the Men’s WWE Royal Rumble like Drew McIntyre or Finn Balor, there’s someone who has been woefully overlooked. Once known as “The Samoan Submission Machine,” few men instill the immediate sense of dread into opponents that Samoa Joe can. Looking back at his past, it’s easy to understand why Samoa Joe would drip dominance everywhere he goes.

While he’s yet to capture championship gold on the main roster, fans need look no further than Joe’s resume to see what he’s capable of. Samoa Joe made his in-ring debut all the way back in December of 1999. That means he’s approaching 20 years of experience, and it’s experience that included utter dominance outside of WWE.

Samoa Joe joined Ring of Honor early in the promotions existence, and quickly shot up the ranks to become the ROH Champion. To this day, his record-setting reign remains untouched. For 645 days, Samoa Joe was the top dog in Ring of Honor. In today’s industry that record might come with questions about the quality of his challengers. It’s not hard for fans to see Brock Lesnar’s 504-day reign as WWE Universal Champion and think of how few times he defended the belt, but Samoa Joe was a fighting champion … Read the Full Story HERE