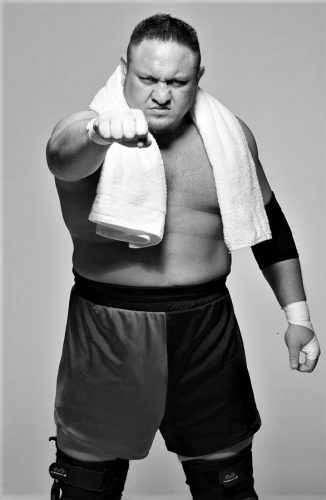 Samoa Joe is one of the most under-utilized competitors on the WWE roster, but a breakout year in 2019 can turn that all around for the Samoan Submission Machine.

Samoa Joe needs a big year, but he’s in a time and place that’s very different than it once was. Professional wrestling is in an intriguing time. The rise of budding competition has caused the WWE to begin to present talent that goes beyond their regular focus. Now, Dean Ambrose and Hideo Itami are looking for greener pastures due, in part, to unhappiness with their use in the WWE.

If that’s the case, it will be interesting to watch how WWE Creative uses some big-name talent that has been marginalized in recent years. One such name on said list is Samoa Joe; a wrestler that we know is capable of main event status. If WWE is truly committed to pushing the best on their roster, 2019 needs to be a breakout year for the Samoan professional.

In May it will be four years since Samoa Joe appeared on WWE television, where he had an intense stare down with Kevin Owens. The excitement was palpable as fans expected Joe to immediately take center stage in NXT and there were several fresh feuds available. As expected, he would capture the NXT Championship after being involved in matches with the likes of Finn Balor, Sami Zayn, Baron Corbin, and Owens.

Even though he won that belt, which was once important in understanding the trajectory of competitors before they moved to the main roster, the interest in Joe was how he would translate to … Read the Full Story HERE