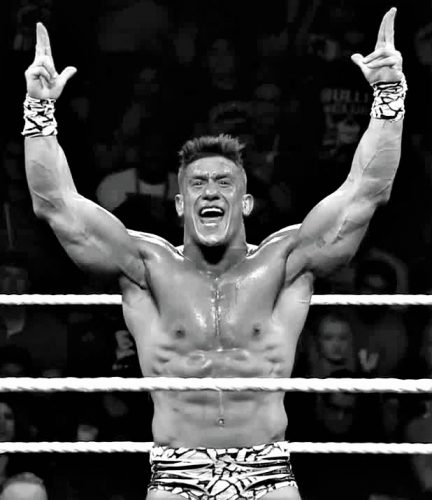 While he has yet to officially choose a brand to claim as his own, EC3 appeared on WWE Raw again this week. This time being interviewed on A Moment of Bliss before making his in-ring debut against Dean Ambrose. So far, EC3’s arrival to the main roster has kicked off with more of a whimper than a bang.

Last night served as EC3’s first official onscreen appearance in front of a live WWE Raw crowd. For many fans, their first image of EC3 is going to be of him trading cringeworthy innuendo banter with Alexa Bliss. Well, not so much trading as he is receiving it.

EC3 has yet to say a single word on the mic. Because, of course, WWE thinks it’s smart to have one of their best talkers essentially play a mute character.

His interview gets interrupted by Nia Jax and Tamina, who chastise Bliss for her segment and for losing a match from the previous week. Then, Dean Ambrose comes out to interrupt the interruption to talk to Jax about attacking him last week. EC3 has now been overshadowed by … Read the Full Story HERE

2 thoughts on “FANSIDED: So Far, The Booking of EC3 Has Been Shockingly Bad”