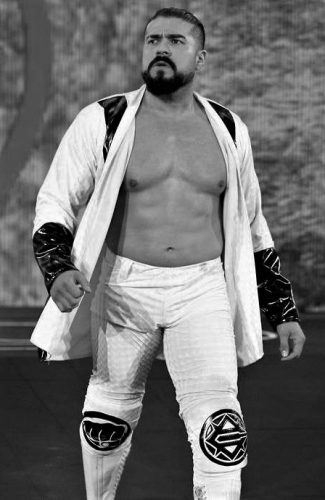 Andrade made a statement at the Royal Rumble Sunday night in Phoenix, Arizona.  After having his named shortened simply to Andrade, the man formerly known as Andrade “Cien” Almas has been on fire on SmackDown Live. A spot in the final four of the Men’s Royal Rumble was the icing on the proverbial cake for Andrade’s month. Is a WWE Championship Match with Daniel Bryan at WrestleMania in his future?

After his name change and reemergence, Andrade first tore the house down in back to back weeks against Rey Mysterio. Both of those matches have already been talked about as Match of the Year candidates for WWE. To follow-up those barn burners, Andrade was the last remaining SmackDown Live superstar in the Men’s Royal Rumble Match.

Ultimately, Andrade eliminated fellow SmackDown rival Randy Orton on the way to being one of the final four remaining men. He was eliminated by Raw superstar Braun Strowman, which now raises this question: Is Andrade ready to one more giant step on his way to superstardom?

Known as “La Sombra” in Mexico and Japan, he signed with the WWE and was put in NXT upon his arrival. Andrade won the NXT Championship and had a memorable match of the year quality contest at NXT TakeOver: Philadelphia with Johnny Gargano. He held the title for almost five months before being dethroned by Aleister Black in New Orleans on WrestleMania weekend … Read the Full Story HERE