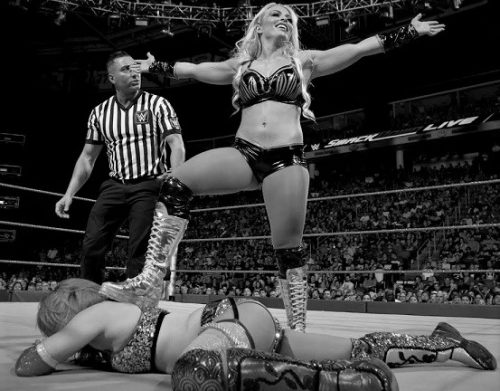 While this Sunday’s WWE Fastlane looks like a predictable card, there could be a match that steals the show — and it’s for the SmackDown Women’s Championship.

Let’s face it, there’s not much to be excited about going into WWE Fastlane. The company would be better suited having only one pay-per-view between the Royal Rumble and WrestleMania, that being Elimination Chamber.

But alas, we have two, and now Fastlane is upon us this week. This show feels like the definition of thrown together at the last minute as we only had four confirmed matches going into the Monday Night Raw and SmackDown Live go-home shows this week.

With the card now more fleshed out, one match stands out as one that could steal the show. Some would argue that should be a shoo-in for Becky Lynch versus Charlotte Flair, but in a match that will no doubt focus heavily on Lynch’s knee injury and an outcome that’s already very obvious (a triple threat at WrestleMania), there’s not a whole lot of intrigue there.

But, we do have two women from SmackDown Live who are pretty much forgotten about on the brand they belong to while the WWE is solely focused on Ronda Rousey and the Raw Women’s Championship. The blue brand’s champion, Asuka, has been very much overlooked, and that’s not right, especially when she has a title match set for this Sunday at Fastlane against Mandy Rose.… Read the Full Story HERE