What is often seen in the public eye as a guilty pleasure, rife with colorful characters and fake, harmless fun, is depicted as a far more grim, painstaking test of mortality in a documentary that is part gripping therapy session, part cautionary TED Talk.

The grave sacrifices required to make it in pro wrestling, most notably during the territory era of the 70’s and 80’s, are often undersold as “paying your dues.” But given the steroid and drug abuse that was rampant during that era, many have gone broke and/or died trying to meet the hefty price tag of a successful pro wrestling career.

350 Days, set for premieres in both Hollywood and New York on July 12, begins—fittingly—in black and white with the opening scene displaying the war-torn right hand of pro wrestling legend Greg “The Hammer” Valentine gently wrapped around the wheel of a vintage muscle car in transit. For all his struggles, Valentine donned a ring commemorating his 2016 enshrinement into the Professional Wrestling Hall of Fame and Museum … Read the Full Story HERE

Click Here for TICKETS to 350 Days at AMC THEATRES 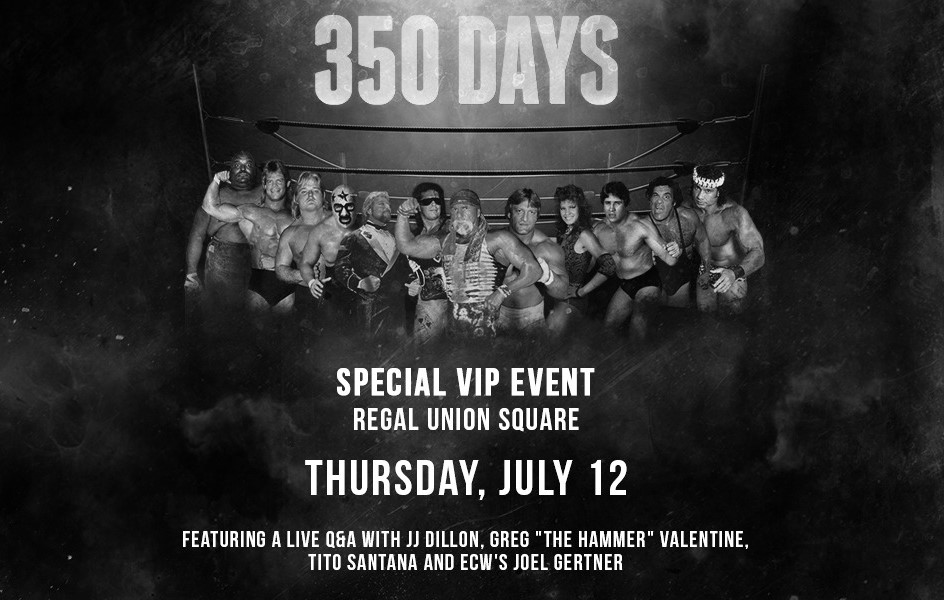