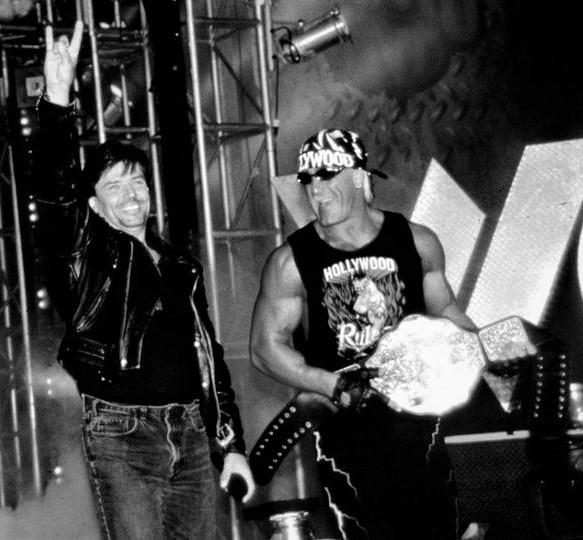 All Elite Wrestling has stormed onto the pro wrestling scene in 2019. Given the fanfare, financial backing and big names involved, the promotion is already drawing comparisons to WCW, which gave WWE a run for its money in the ’90s when WCW Nitro became the top-rated wrestling program for 83 consecutive weeks.

It’s worth noting that, unlike WCW, AEW is an upstart company with no lineage whatsoever. Grabbing hold of any market share in an industry that has been dominated by WWE for decades will be a tall task. Still, the AEW-WCW comparisons aren’t that much of a stretch. Tuesday’s Double or Nothing Rally, headlined by the announcement of Chris Jericho’s signing, is strikingly similar to WCW’s 1994 parade from MGM Studios to officially announce Hulk Hogan’s game-changing arrival.

The main comparative thread connecting All Elite Wrestling to WCW, and a caveat that has so many fans excited about its possibilities, is the company’s financial backing. Though Tony Khan will have a hands-on leadership capacity while handling the day-to-day operations of AEW, his father—billionaire Shahid Khan whose $6.7 billion net worth makes him one of the 70 richest men in the United States—was confirmed as “the lead investor, supporter and backer” of AEW … Read the Full Story HERE