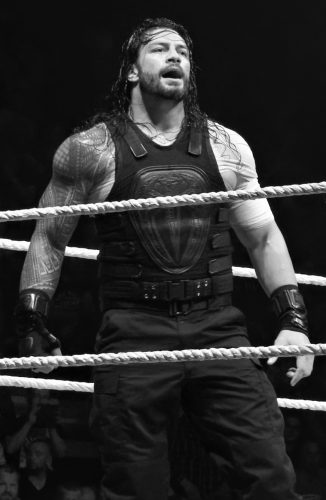 Roman Reigns is back, but with WrestleMania 35 right around the corner, WWE’s top star still doesn’t have a clear-cut opponent lined up for the biggest pay-per-view of the year.

“The Big Dog,” who is now cancer-free after battling leukemia for a second time, is advertised for every Raw TV taping between now and May 6, so he’s widely expected to have a major match on the show. However, Reigns returned at a weird time when most of the top WrestleMania matches have already been penciled in, which has created a bizarre situation in which the man who has main evented four straight WrestleManias shockingly has slim pickings for potential WrestleMania opponents this year.

Unless WWE decides to throw a major curveball and insert Reigns into the Universal title match between Seth Rollins and Brock Lesnar, Reigns will seemingly find himself in, at best, an upper mid-card match that doesn’t involve a championship. Fans are just thankful that Reigns is physically healthy enough to be able to wrestle again, but that, of course, won’t prevent them from wondering who WWE’s No. 1 full-time star will face on the grandest stage of them all.

In fact, WWE is trying to figure that out itself … Read the Full Story HERE